Disney: The Man Behind The Mouse 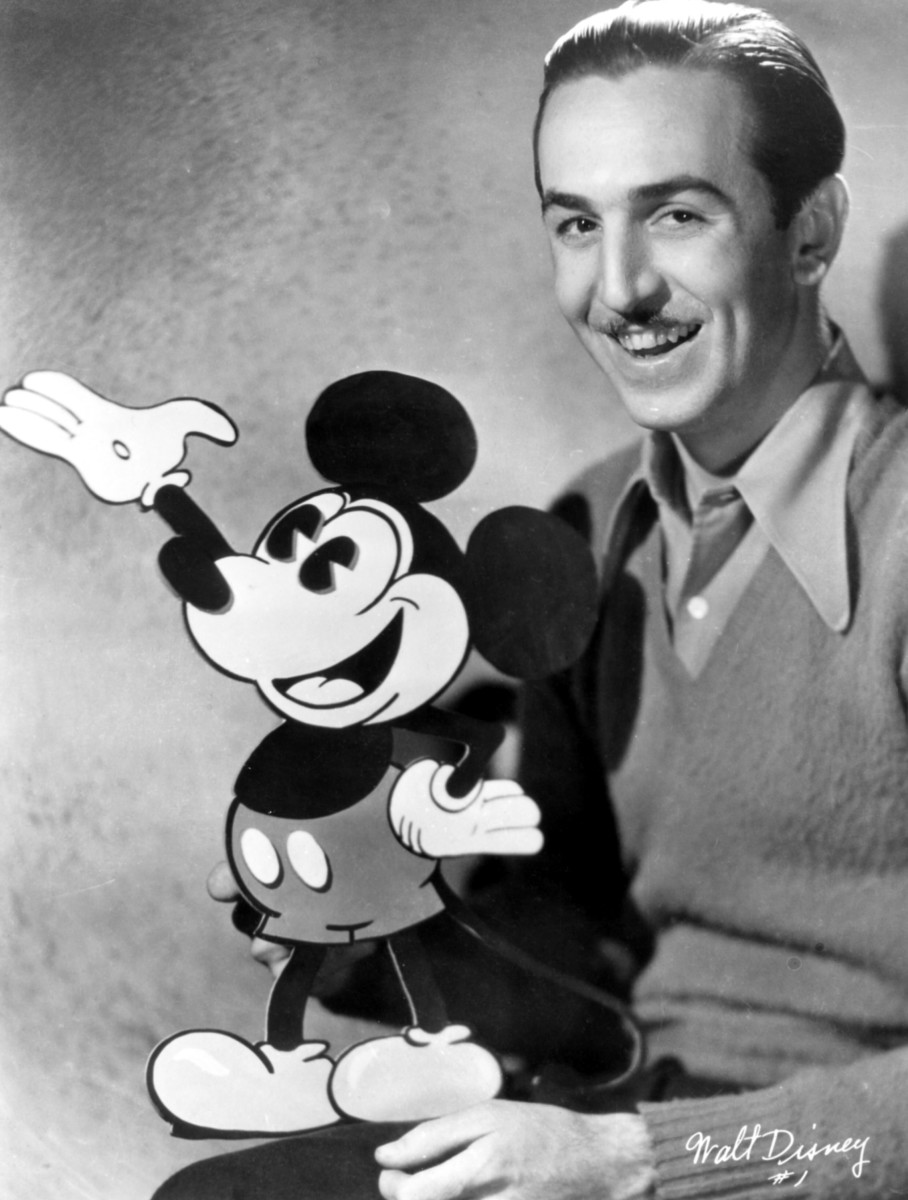 One of the most well known, recognized and beloved icon the world over, Walt Disney has built an empire only few could ever dream of achieving. Funny thing is he built this empire around the concept of a mouse and if anyone could top that, my hat goes off to them.

Born in Chicago, Illinois on December 5, 1901 was one of five children by Elias (Irish-Canadian) and Flora (German-American).

Raised on a humble farm in Missouri, Walt’s interest in drawing was already apparent as a young boy. He spent his time between drawing and photography growing up but it was cut short due to the onset of the war. At the age of 16 he then served at the Red Cross as an ambulance driver when he was rejected to enlist in the military because of his young age.

A little known cartoonist in his time, he went on and broke all barriers in the cartoon animation industry. He honed his drawing talent during his teenage years and eventually made a bold move to make his own company from scratch.

At the age of 19 while working in Kansas for Pesmen-Rubin Art Studio, he met fellow artist Ub Iwerks and became close friends. In a matter of time, they decide to form an animated cartoon business together and named it Iwerks-Disney Commercial Artists.

But unfortunately, in less than five years the company went bankrupt so he decided to move on to Hollywood to join his brother Roy.

Lady luck seemed to have followed Walt to the West Coast for he received good news that a company represented by M.J. Winkler wanted to buy the rights to his series of live-action reels titled Alice Comedies.

From then on Walt proceeded to join Winkler as a production partner until 1927 when he started a new series called Oswald the Lucky Rabbit. It was quite successful but he found out that was tricked by the distributor by having the animated character copyrighted into his name and he only received a few hundred dollars as a result.

While on his way back to California, Disney began thinking of creating another character in the form of a mouse. He later named this mouse character as Mickey Mouse and drew up some rough sketches and then finally made several films together with his brother Roy funding it with their own money.

Taking things a step further, Walt decided to add sound to his third Mickey Mouse film entitled “Steamboat Willie” which was met with mockery by film distributors. Only one person, Pat Powers, decided to give him a break and released the film in theaters, then lo and behold!

The viewers liked the film and Mickey Mouse the star is born. From then on, Disney became a hit in the business and had the money to bankroll and develop other projects like delving into Technicolor full length films and he became quite successful in doing so.

His films were family oriented and some of his famous hits included the very first colored film of Snow White and Seven Dwarves followed by Pinocchio, Dumbo and Bambi. But it was the beloved Mickey Mouse who has become the beloved face of the franchise.

Walt’s hard work and determination has finally paid off and his name has become a household name almost overnight.

By mid 1950’s, the Disneyland theme park was put up in Anaheim, California along with the debut of Disneyland television show. He also ventured into live action films to make his empire’s reach grow even further.

He was hands on with several projects and he demanded the utmost professionalism from his people and the highest quality films for his studios. This in turn resulted in topping his competitors from all angles and raised the bar for creativity and technical standards.

He set forth his goals and visions and went out to achieve it. He even ventured outside of California and built another theme park named the Walt Disney World in Florida.

Upon his death on December 15, 1966, his brother Roy pledged that Walt’s philosophy and genius will be carried on by his people.

The company felt some unsteadiness for quite some time after Walt Disney’s passing for nobody can seem to match his sense of storytelling and enthusiasm.

But the Disney Company managed to weather the storm and break through due to the efforts of its top honchos and personnel. These people made sure that his legacy will live on, and so will the empire he built.

The company set out and expanded to both foreign and domestic markets; investing in other industries such as music, publishing, the internet, cable television networks and home video aside from the usual popular theme parks, hotels, resorts and merchandise.

To date, Disney’s vast scope and scale of properties represents an impressive list of businesses that only few companies worldwide could equal. It has now become the second biggest multinational corporation in the world, not to mention the most recognized.

From humble beginnings, Disney’s sprawling empire has grown up unequalled, and it all started because of a little mouse named Mickey.