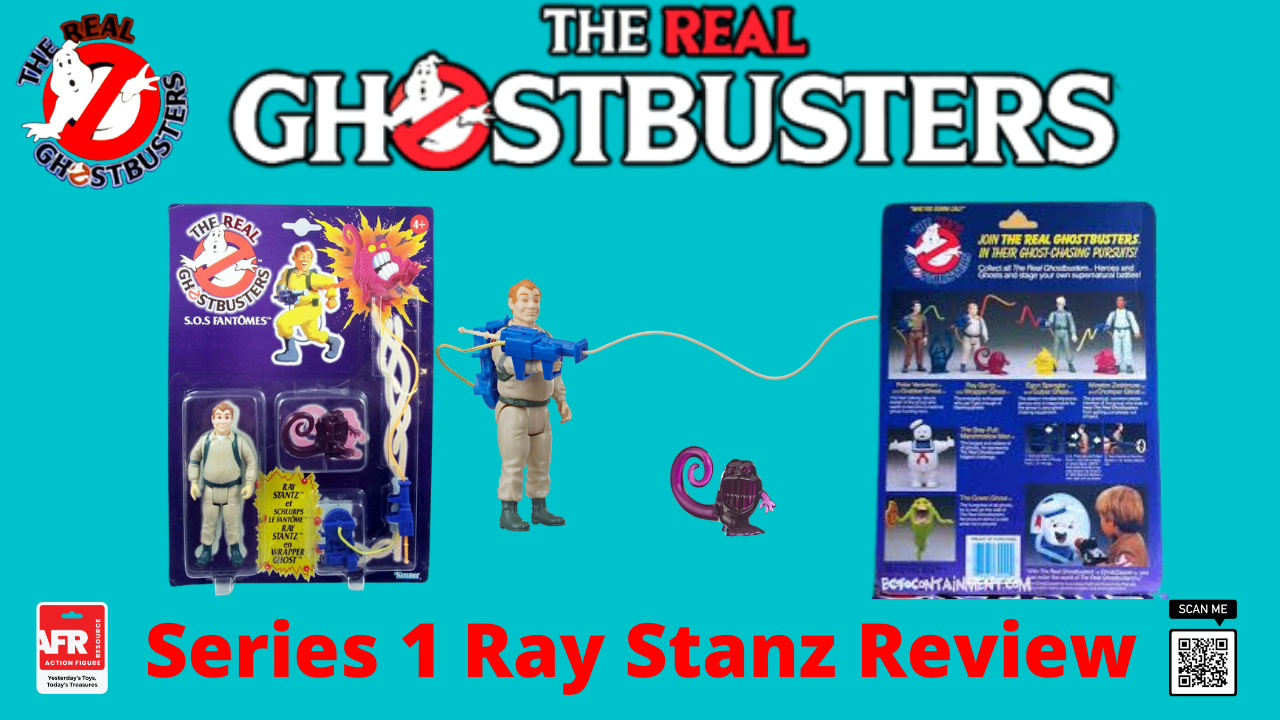 The first Kenner Ghostbusters Ray Stantz figure was released by Kenner in 1986 as part of their Real Ghostbusters line of figures that was based on the TV animated series rather than the movie, which is why these figures didn’t resemble the actors. 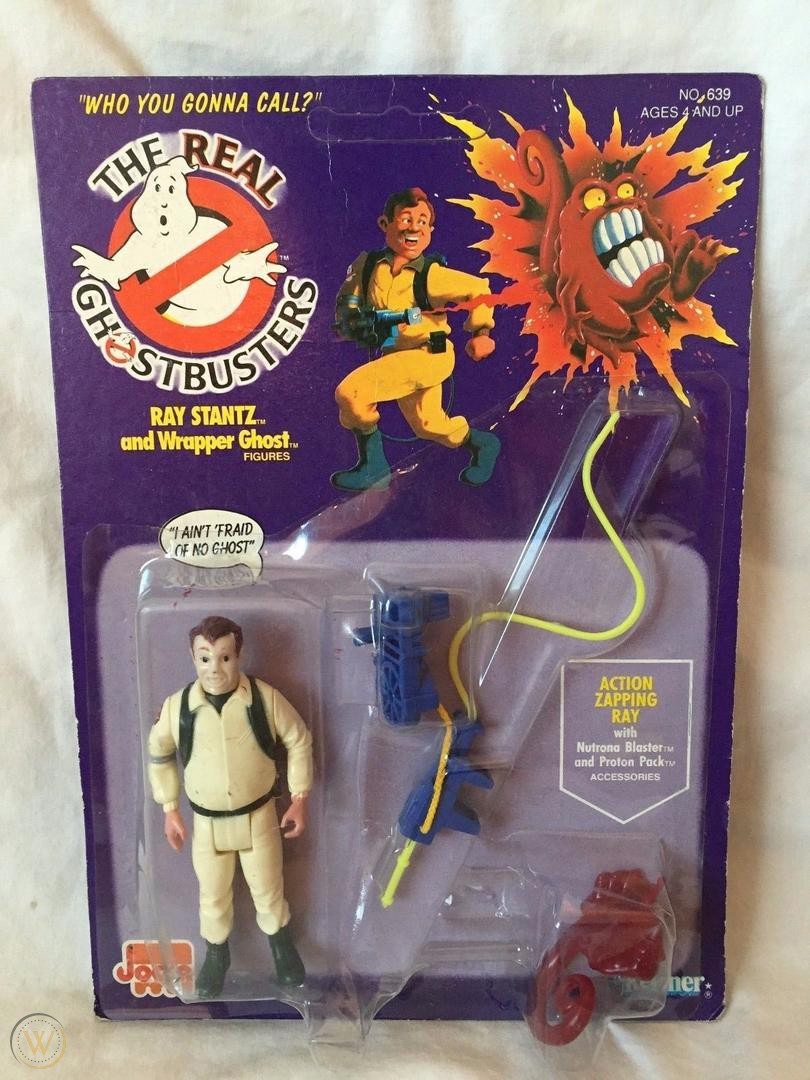 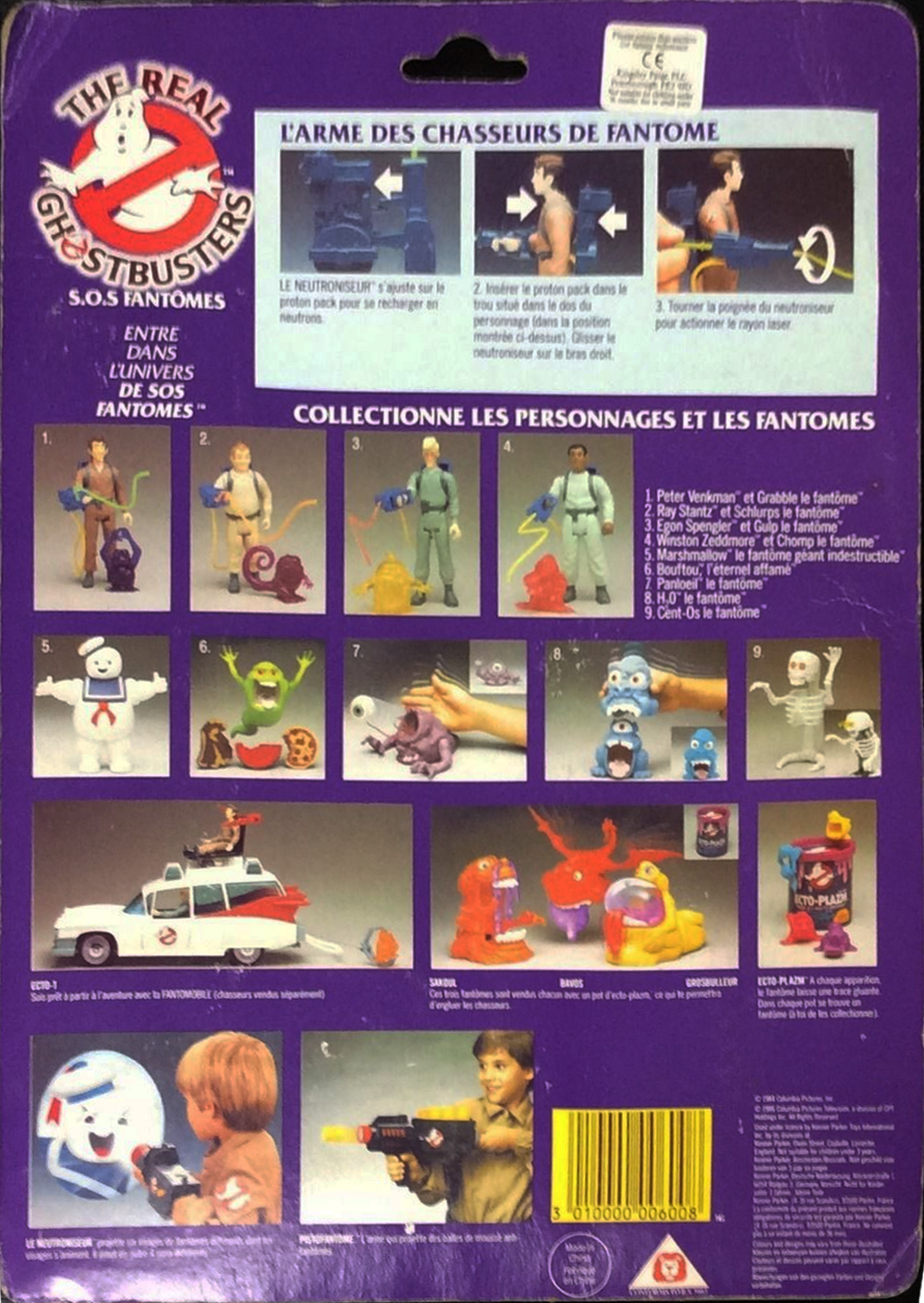 Ray Stantz was the most devoted of the team and usually wore a tan uniform with darker tan trims. He was Peter Venkman’s closest friend and the heart of the Ghostbusters, with his childlike enthusiasm for his work and acceptance of the paranormal.

Although the toys were initially released in December 1986, they didn’t hit most store’s toy shelves until late January 1987, due to the fact that the first batch were sold out on pre-order 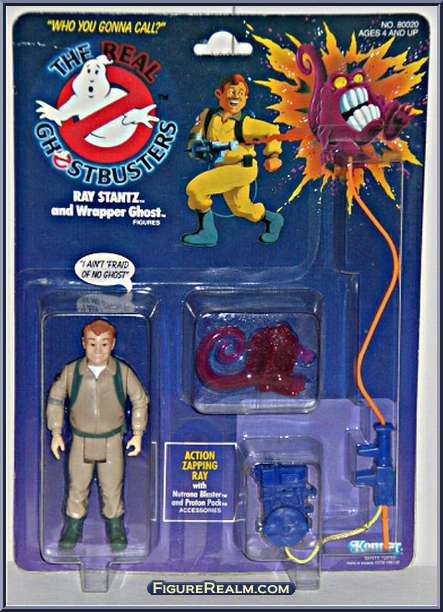 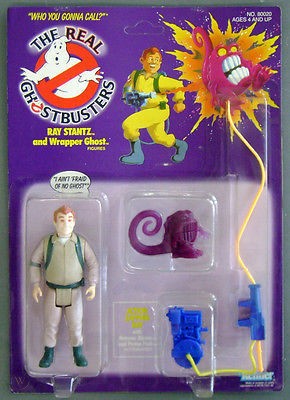 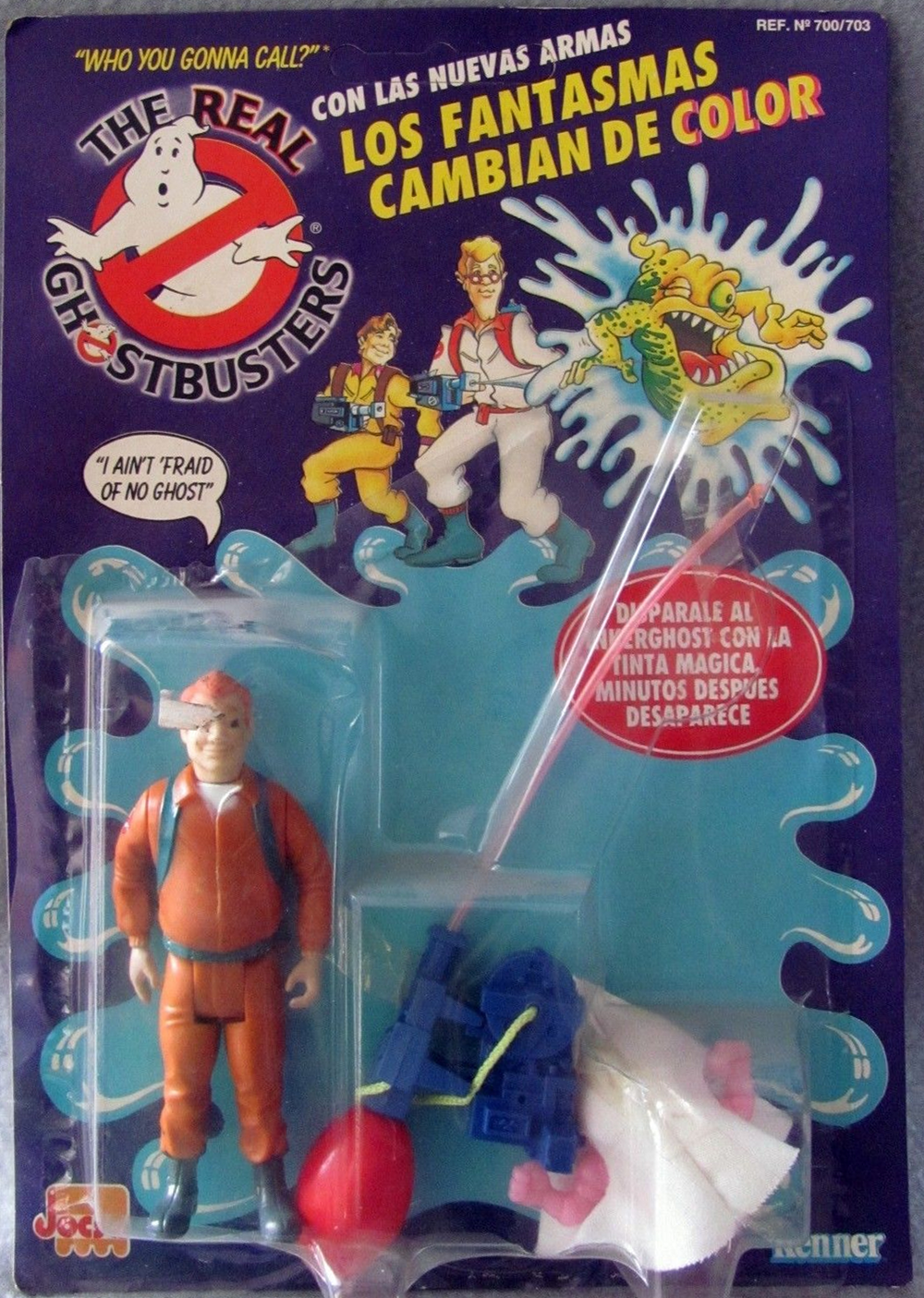 On the first and second printings there was white text on the front, whereas the back of the cards were different. The first printing only had the four ghostbusters, Marshmallow Man, green ghost, and a Ghost Zapper on the reverse with instructions on how to use the Neutrona Blaster with the plasma stream. The second printing had the four Ghostbusters,  the Marshmallow Man, Green Ghost, the playsets, the Ecto-1 vehicle, and the Ghost Zapper. The third printing had the same design as the second but this time with yellow text on the front.

In France there were two variations of the backing card, one with only French language text and the second was a bilingual card. The Italian and German releases only had single language cards in Italian and German with no bi-lingual cards. In Argentine they weren’t released until 1992 and used the third printing card but there were two versions of Ray’s head sculpt. The first was the standard Heroes head sculpt from the original figure and the second came from Ray's Screaming Heroes toy. 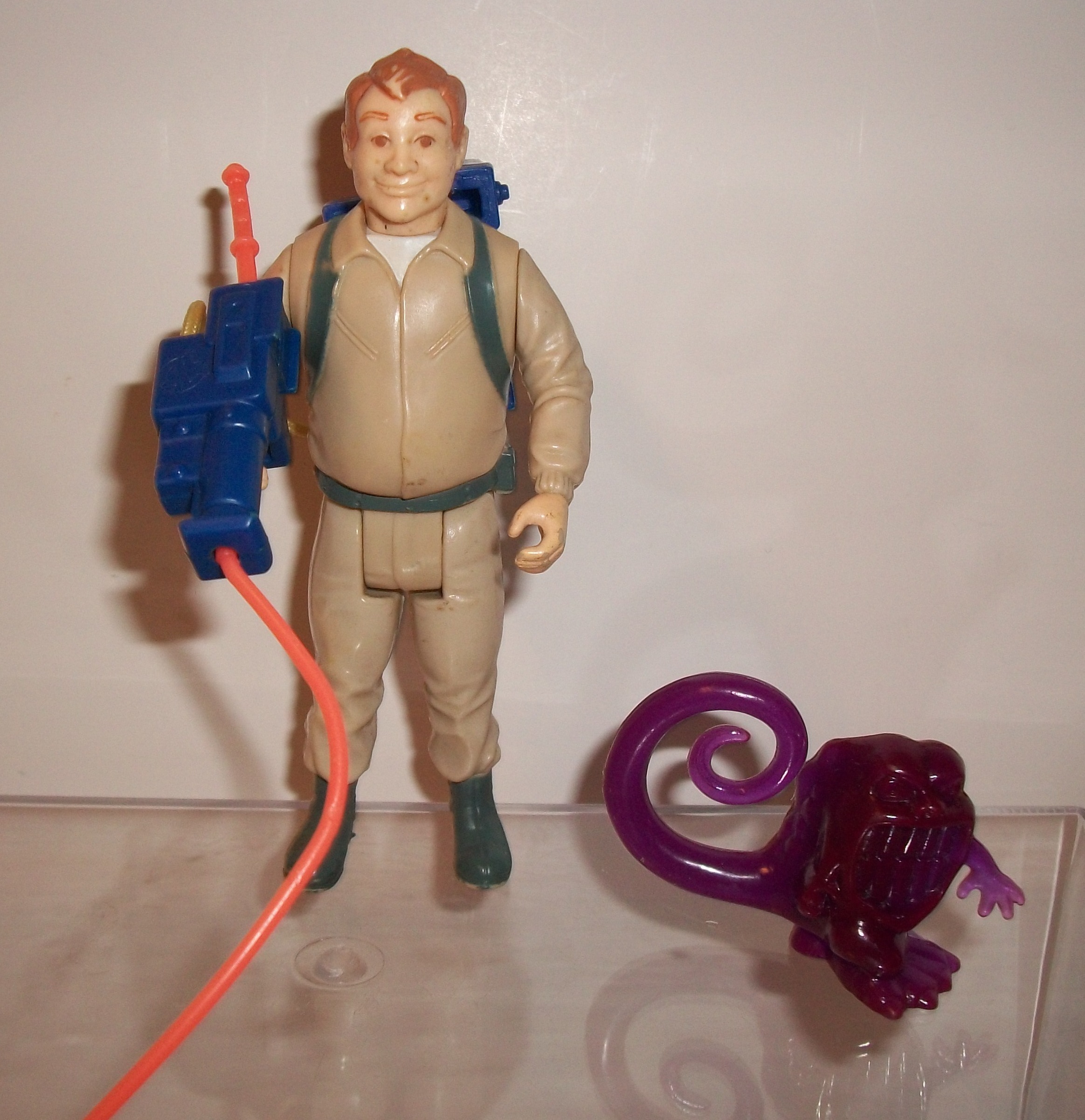 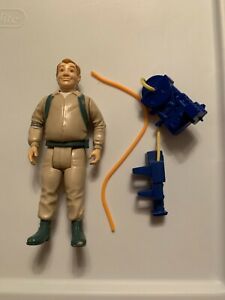 Ray was painted wearing his tan overall with a white T-shirt (presumably) underneath, black boots and black shoulder straps and the Ghostbusters logo on the of his right sleeve.

The paintwork for this figure was pretty basic and well applied. His head sculpt was especially good with excellent detail and a close resemblance to the cartoon character.

Ray came with a Neutrona Blaster, Proton pack and a Wrapper companion ghost. The proton pack was made from solid blue plastic and easily clipped on to his back with the help of a peg in his back.

His articulation, as with most of the Kenner figures in the 80s was very basic, with a swivel head that could be moved from left to right, swivel arms that could be rotated a full 360 degrees and his leges could be moved up and down through approximately 90 degrees. 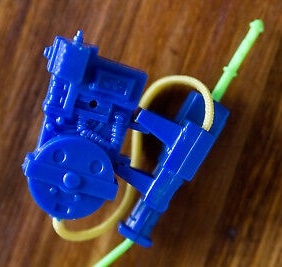 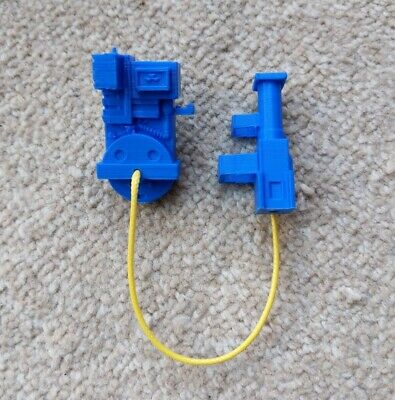 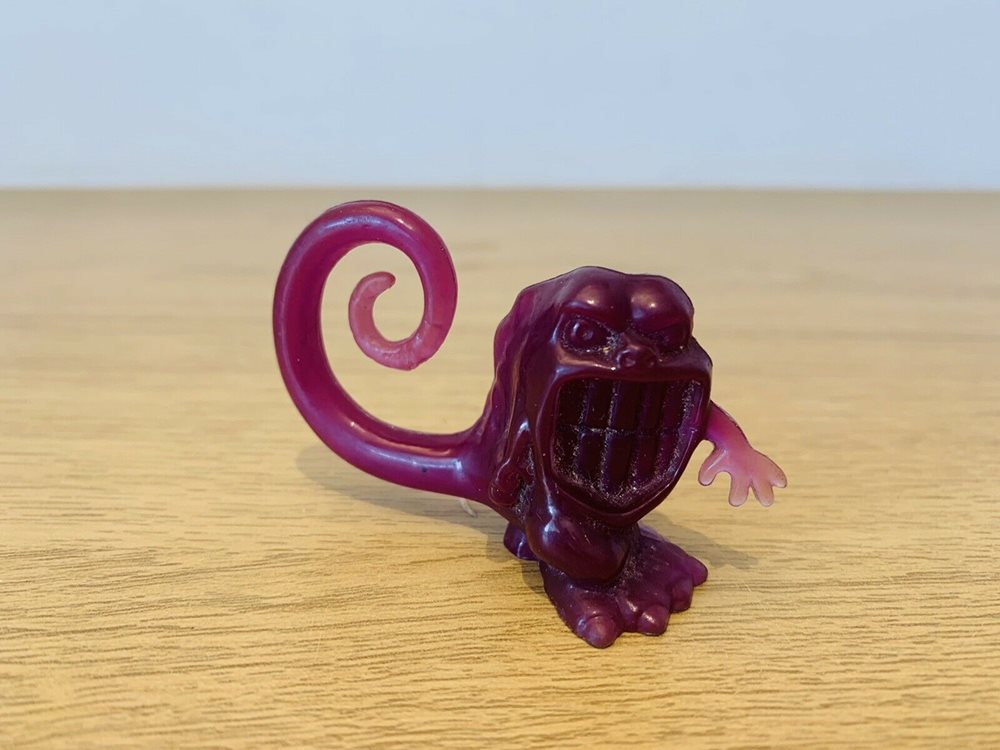 His ghost companion was made from a solid brown plastic. The detailing on this was pretty good, for what it was, but there wasn’t any articulation.

The mould for the Kenner Ray Stantz figure was re-used for the Power Pack Heroes, Slimed Heroes, Ecto-Glow Heroes and the Backpack Heroes lines as well. 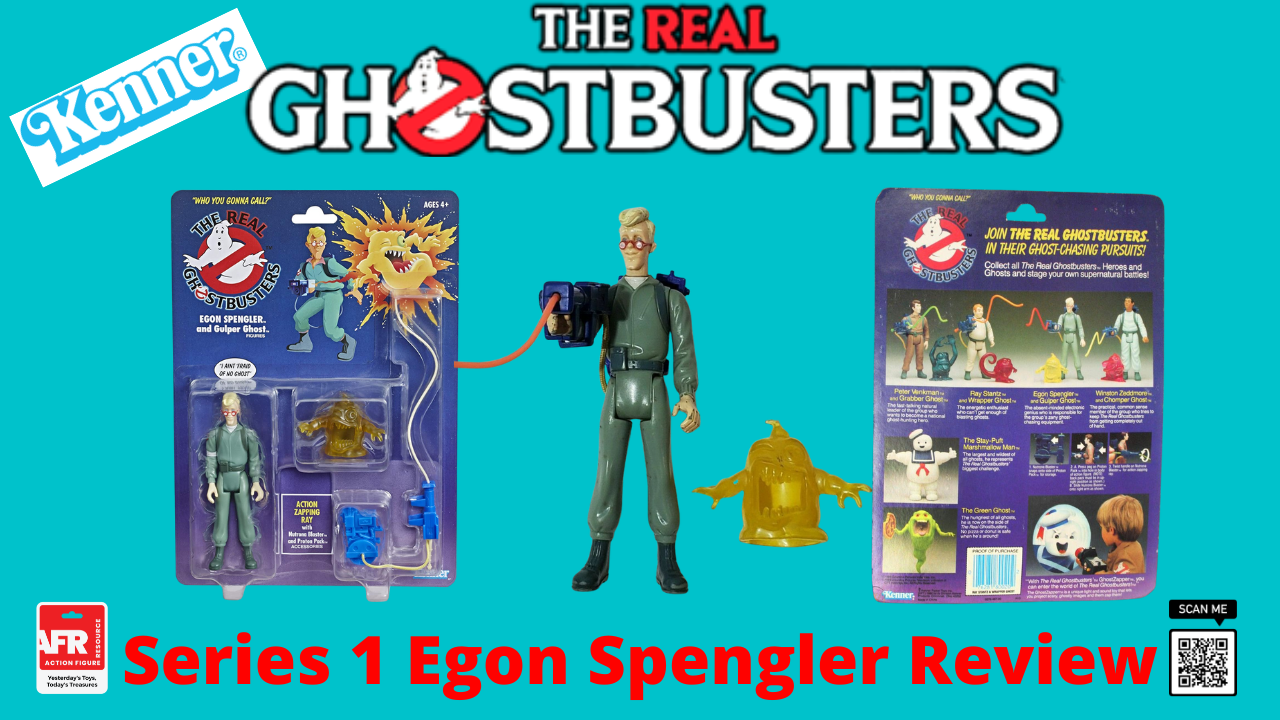