These figures have become highly collectible and are considered to be among the best Battlestar Galactic figures to have been produced over the years with their excellent sculpting and careful attention to detail as well as 7 to 12 points of articulation, each figure stood approximately 7" high and included accessories.

The Cylon Centurion figure had detachable armor as well as a nice fabric body suit and came complete with a rifle, gun, sword, and stand, the only minor fault with this figure was that it was missing the "skirt".

A an identical gold version of the Cylon Commander was also produce as a Tower Records exclusive in the USA.

One of the few faults with these figures is that Majestic possibly tried to cut corners to save money on the packaging and therefore the figures featured on the box often didn't match the figure inside.

Later, in 2006, Majestic released a Space Toys exclusive Apollo and Starbuck figure set. This special edition boxed set of 12" collectible figures, based on the "Experiment in Terra" episode from the original series, was limited to only 500 sets.

In this episode, the characters' uniforms and accessories, from their Viper helmets down to their boots, miraculously turn white when in the presence of this protecting white aura. The figures in the boxed set display an amazing attention to detail with each uniform, including guns and accessories, reproduced in pure white.

The deluxe packaging featured a unique white flapped window box in a clear acetate sleeve, each set was also individually numbered and came with a 'Certificate of Authenticity' that was personally autographed by actor Richard Hatch, who portrayed the lead central character, Captain Apollo. 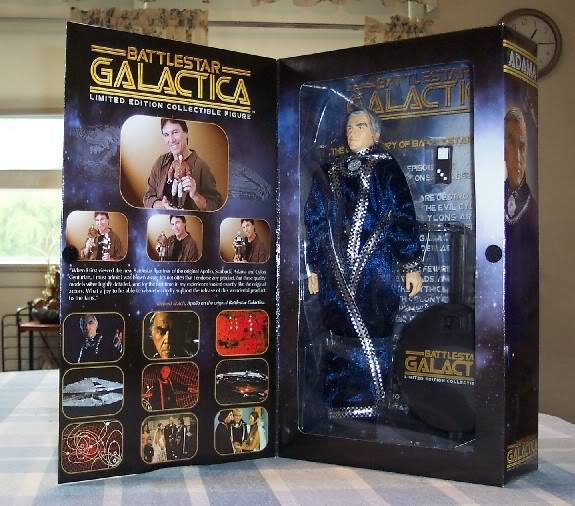 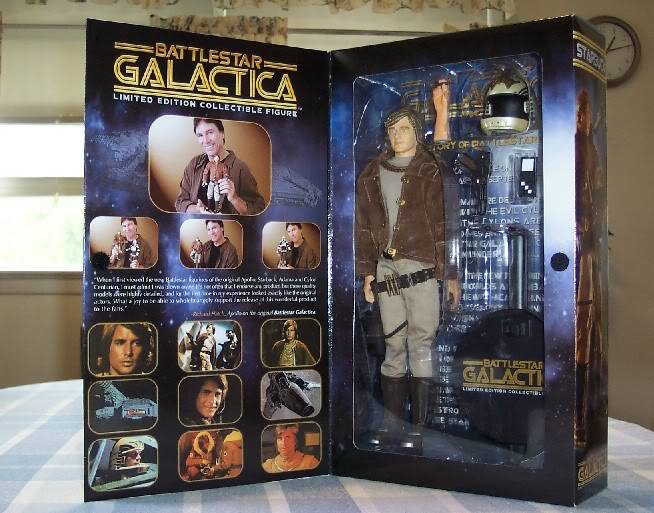 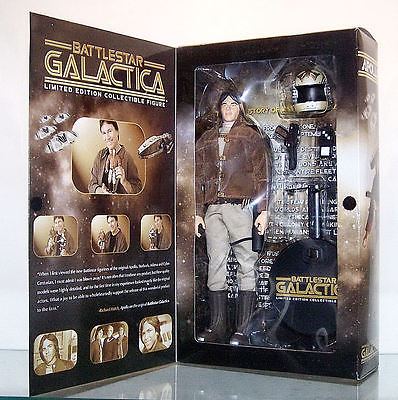 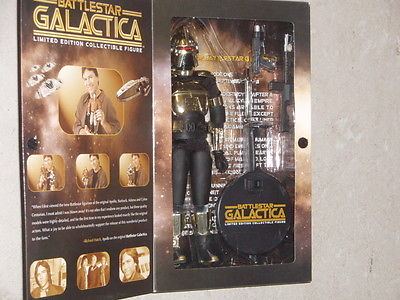 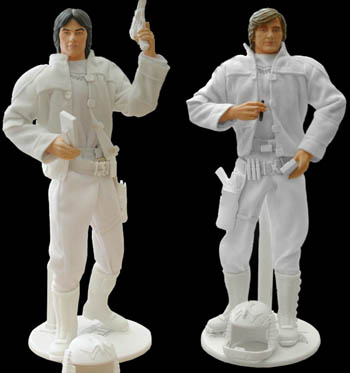