How to Save Money Buying Your Figures

Over the past three decades the popularity of Action Figure collecting has exploded phenomenally and a huge multi-million dollar market has sprung up around the hobby.

Previously the market catered mainly for the children’s toy market but there has been an increasing number of adult collectors to cater for more and more manufacturers have been producing action figures specifically targeting this new market.

For the collector this has been excellent news because the choice, variety and quality and size of figures available to collect has never been better.

It has also meant that they are also much easier to buy and generally cheaper and of a better quality than they were thirty years ago.

But it has also meant that many of the manufacturers catering to the adult market produce their action figures in limited quantities to stimulate the market and create rare or premium action figures.

These are the ones that generally increase in value over the years and are often the ones that collectors “chase” after, hence the term “chase figure” that is often used to describe these.

However, it is also important to bear in mind that something doesn’t always appreciate in value just because it is rare or there are a limited number of them.

As with all things it comes back to the old supply and demand equation. The greater the demand and lower the supply the higher the value.

Remember, as discussed earlier, it’s what is popular TODAY with kids that will likely be of value and in demand in the future because it is TODAYS kids who will be tomorrow’s collectors.

One of the main benefits of the internet has been that it allows collectors to gather in online communities that are interested in the same subjects and group together, swap notes, stories and trade or swap with each other.

This sharing of information and coming together of collectors has been a great benefit to the hobby as a whole by allowing collectors to find others who share their passions and giving manufacturers, retailers and even collectors a worldwide market for selling, buying and trading their figures and collections.

This continual flow of information, buying and selling of figures has also made valuing your figures easier and more accurate.

When deciding where you’re going to buy your action figures and how much you are willing to pay there are several factors you should take into consideration.

First and foremost make sure you know you’re market and fully research it before you begin, be prepared. Knowledge is a powerful tool, and ignorance is your worst enemy.

Make sure you know which figures were made, when they were made, how many were made, which were the rare or “chase” figures available, how much they sold for when new, whether they are now out of production, where they were originally available from and their approximate value now.

You will find most of this information in old catalogues or price guides or on the members only AFR site, where I have catalogued checklists of virtually every figured produced since 1964, creating a massive database containing comprehensive information on over 10,000 action figures!

With this information you create your own checklists of what has been produced to date and what is readily available and what isn’t for your own collections.

This will also enable you to find what you are looking for easier, know the value and negotiate a better price.

One of the biggest obstacles you will find is that manufacturers often don’t list all the variants or error figures available, so always keep your eyes open and ear to the ground for anything unusual.

I cannot stress enough how important it is to research your chosen “niche” carefully and thoroughly. Many times I’ve come across “unofficial” or unknown “chase figures” at ridiculously cheap prices, simply because I knew my subject.

Many people are under the false impression that the more popular an action figure is then the more valuable it will be; however this is often NOT the case.

In fact it is more common for the LEAST popular action figure in a line to be the more valuable!

Most manufacturers sell their action figures to the retailer in cases of 6, 12, or 24 units (action figures) per case with usually 4-6 figures per set.

In theory this should mean that there would be two or three complete sets per case, but alas this is NOT what happens.

Let’s take a set of the early Buffy figures as a prime example, because this perfectly illustrates my point:

Each case of the action figures contained twelve figures and because Buffy was the main character and therefore the most popular, more Buffy figures were produced than the others.

Likewise as Giles was seen as the least popular in the series, Angel and Willow were the other two figures in the set, and are fairly unimportant and less “sexy” there were a lot fewer of him produced.

In fact the final case breakdown was six Buffy figures, three Angels, two Willows and only one Giles.

Did you get that?

Now here’s the kicker. Which one do you think sold for the most?

No, this is the most logical answer but…

Remember there were SIX TIMES more Buffy figures produced than Giles and so the demand for Giles outstripped the supply causing it to rocket in price.

In fact, as a result dealers, myself included, started buying cases ONLY to get the Giles figure resulting in the price of the Buffy figure plummeting to about $1!

But the Giles figure (and Willow) figures continued to rise in value.

So the moral is to be prepared and KNOW you’re subject. 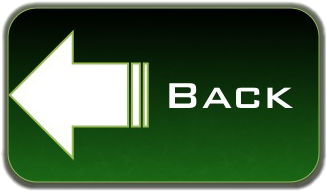 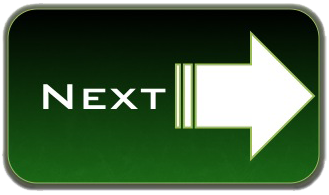