Each of these figures was also available as a talking version that came in boxed displays rather than the non-talking carded figures.

Apparently the reason why The Imperious Leader looked like a lizard on steroids from V was because it was based on the original concept of the Cylons being a lizard race that had become cybernetic warriors.

The figures were very heavily stylized with exaggerated muscles as they were based on the comic book that was produced by Richard Hatch in the late 90's rather than the original TV series.

These remain reasonably collectable and easy to find, but they had some major flaws, for example Starbuck and Imperious Leader were unable to hold their weapons, and the Imperious Leader's mask kept falling off. 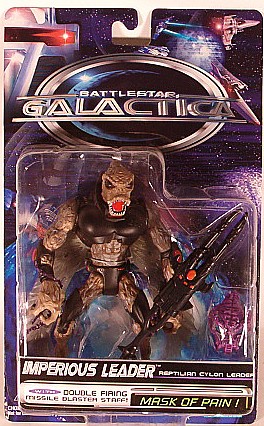 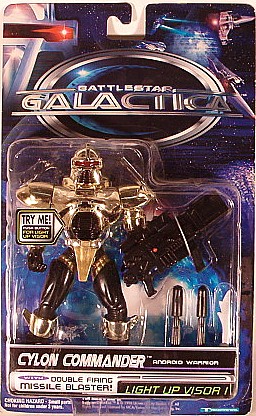 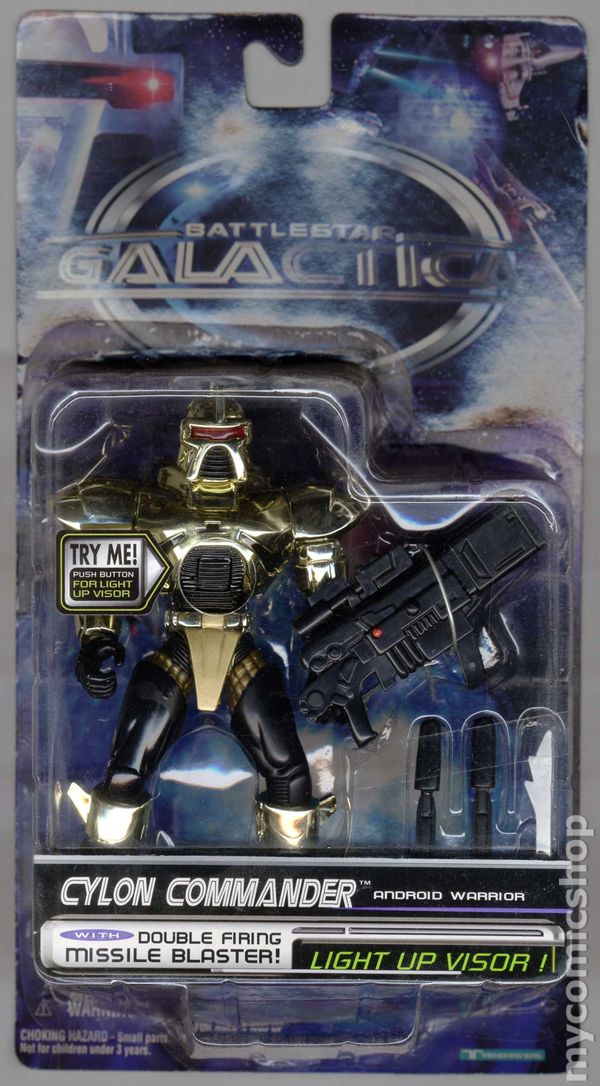 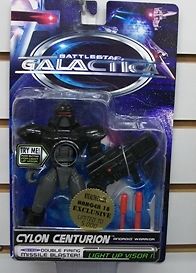 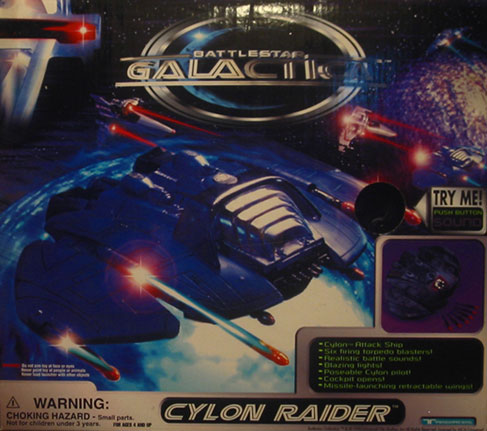 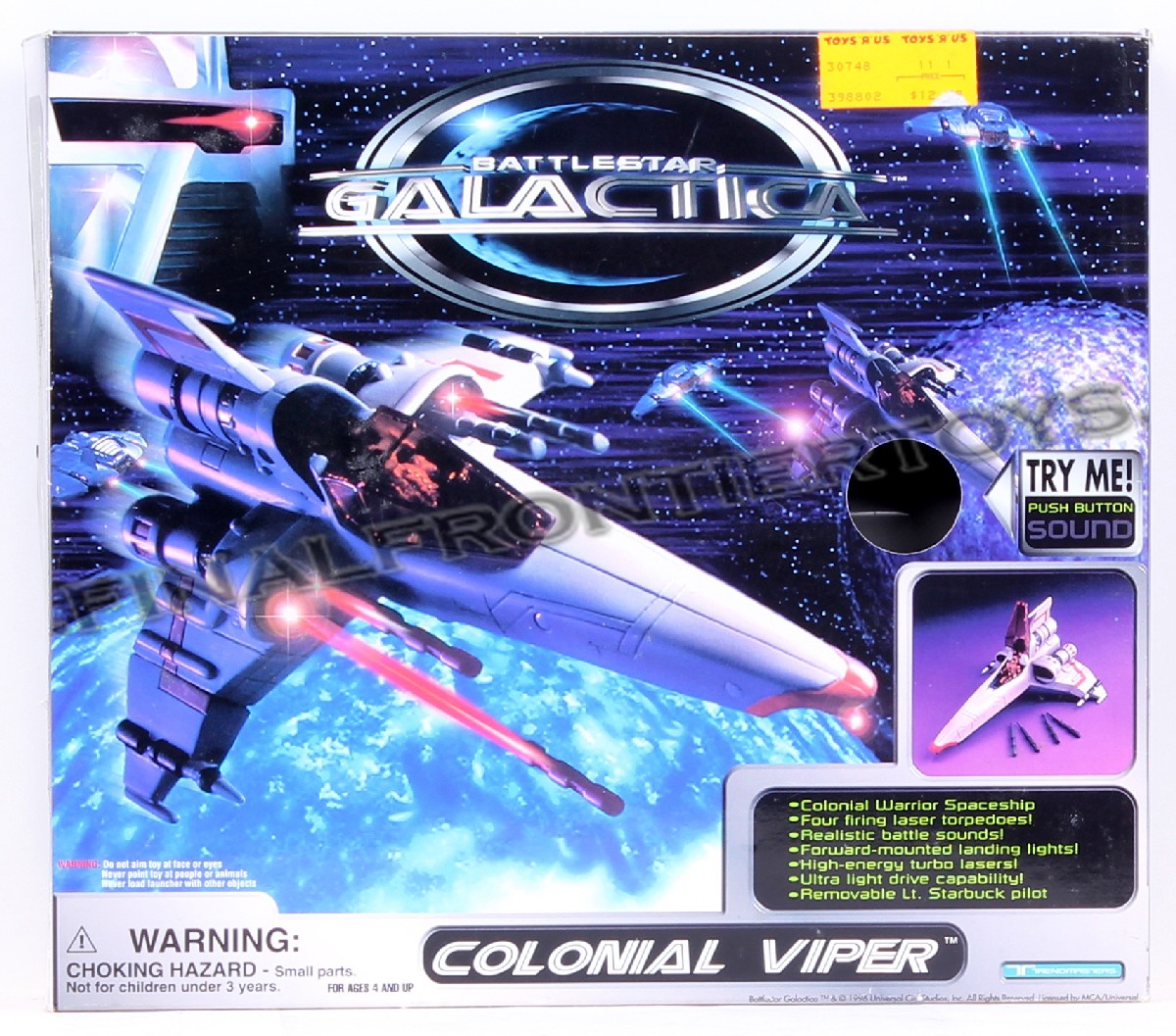