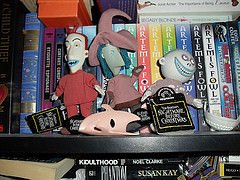 Have You Seen the Applause A Nightmare Before Chrristmas Figures?

Applause was founded as The Wallace Berrie Company in 1966 by Wallace Berrie and in 1979 the company obtained worldwide rights to The Smurfs and released figurines in 1979 at $1.50 each.

These figurines became one of the best-selling toys of 1982. That year, the company acquired the Applause division from Knickerbocker Toys, which came with the licenses to Disney, Sesame Street, and Raggedy Ann and Andy.

In 1986, the company changed its name to Applause Inc. and released California Raisins merchandise. It would also produce various Batman merchandise, focusing largely on small figures and dolls, from the late 1980s into the early 1990s. In 1992, Applause released the Magic Trolls Babies toy line. 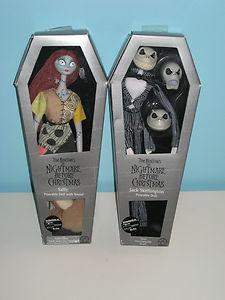 In 1999 Applause released a set of action figures, as well as a series of limited edition dolls in a coffin box and a series of plush toys.

These dolls/figures have become quite popular among collectors and fans and are fairly difficult to get hold of, ranging in price from $90 way up to $700 for the Jack dolls.

Each of these “figures” was highly detailed, well sculpted and designed with excellent articulation. 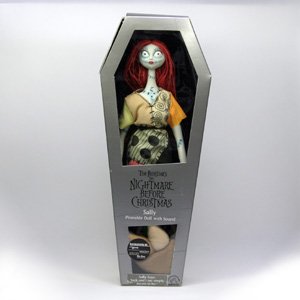