2014 A Nightmare Before Xmas Action Figures

In 2014 Funko released a line of A Nightmare Before Xmas Action Figures in collaboration with a company called Super 7.  These figures were made in a retro style similar to the old Kenner figures, so have very limited articulation (5 points) and were only 3.5 inches in height.

However despite this the are very detailed and are some of the best ReAction figures that Funko have done to date.

The characters from the movie also lend themselves very well to this format and the fact that Funko haven't skimped on the packaging also helps and each figure comes with relevant accessories.

As well as the main series of figures a fourth Jack Skellington figure was produced, however this one was a San Diego Comic-Con exclusive in 2014 and included Jack's dog Zero. 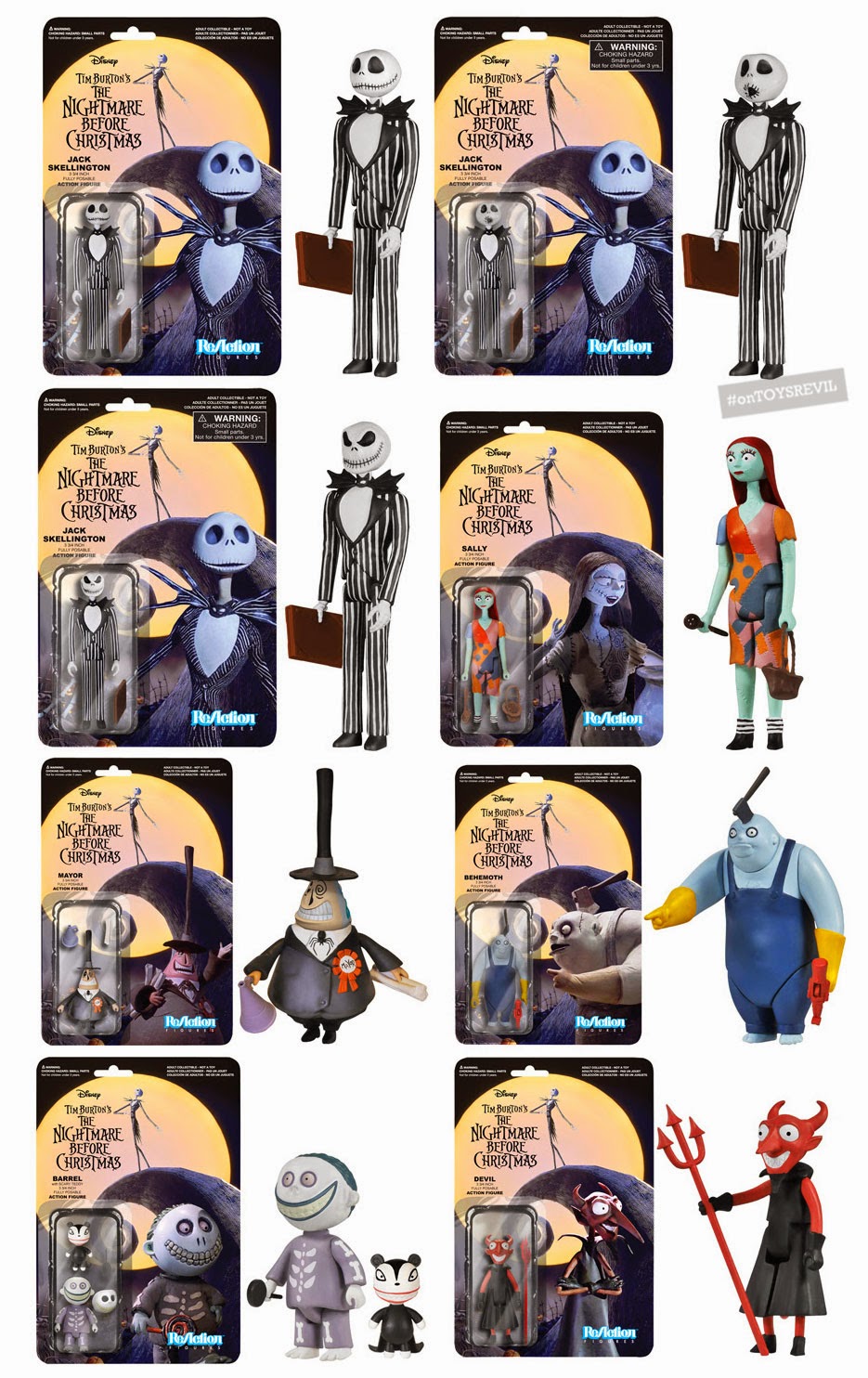 A Nightmare Before Xmas Act Pop Vinyl from Funko

The Funko Pop! Vinyl figures are vinyl toy figures, some of which are also bobble heads modeled in a Japanese chibi style.

The average POP! Vinyl stands at 3.75 inches in height with a with an over-sized square head with rounded corners. They generally also have pupil free eyes, small noses and no mouth. 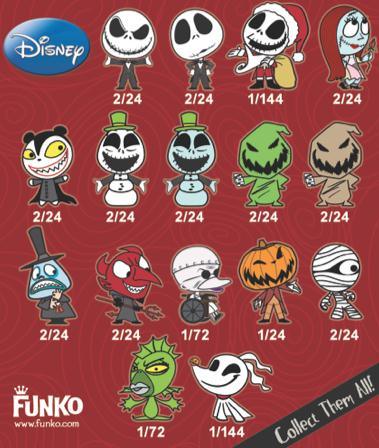 In 2014 Funko released a series of Mystery-Mini Pop Vinyl figures.

Each of these highly stylized and detailed figures were only 2.5 inches in height and came in displays of 24 blind boxes with differing ratios (see poster) for each figure with Santa Jack being the rarest with only 1:144!