The GI Joe Breaker action figure was part of the inaugural series of Hasbro’s revitalized and re-branded GI Joe line released in 1982. These figures replaced the generic Generation 1 12-inch figures with an extensive group of specialist figures. 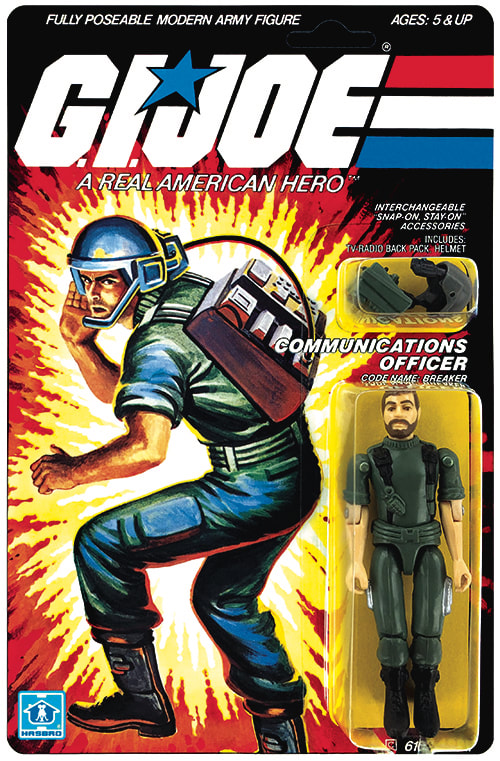 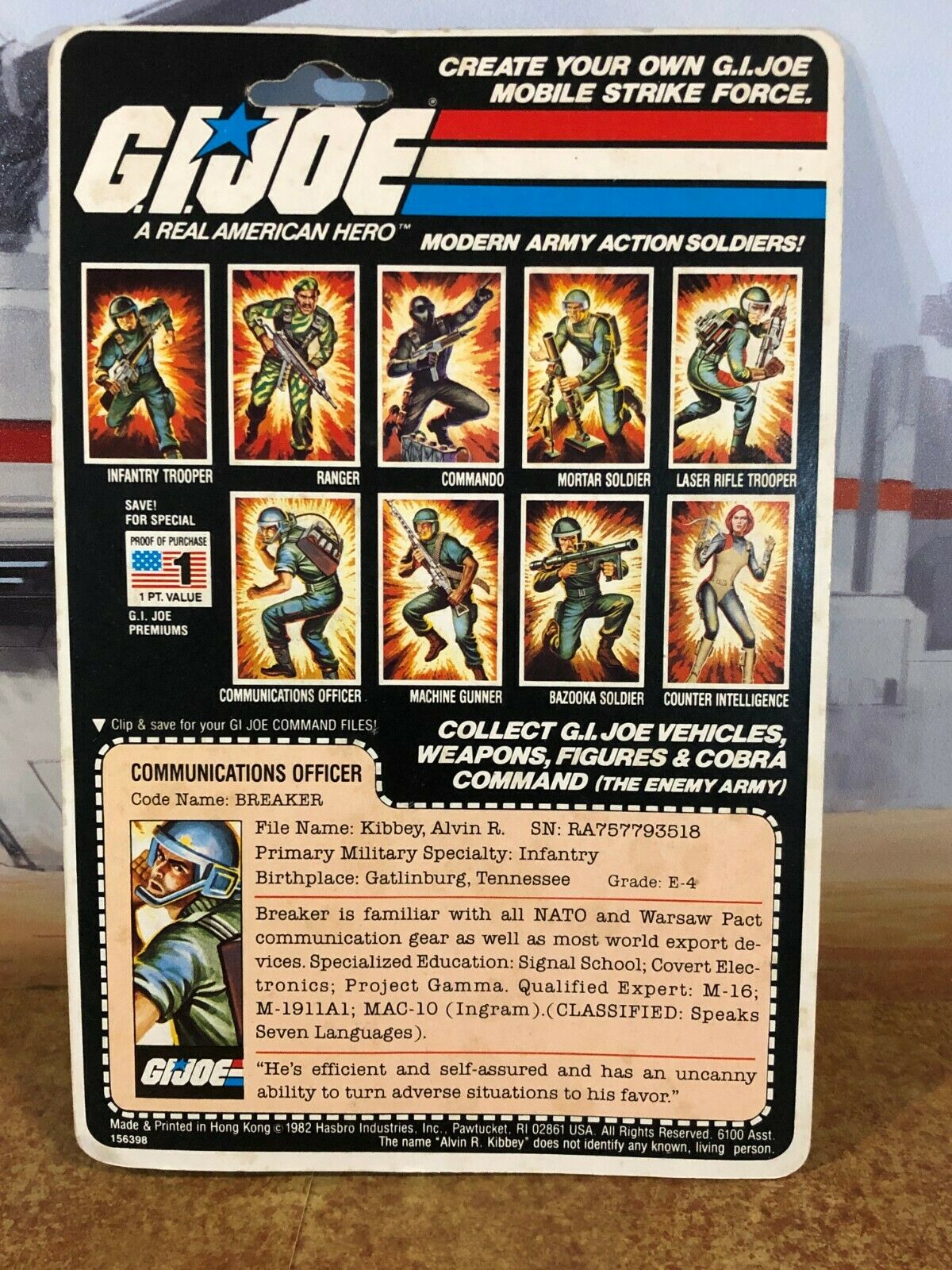 Breaker wasn’t a commissioned officer but an E-4 corporal. He became famous in the comic book for totting an M-16 while blowing bubbles of pink chewing gum.

The 1982 version of GI Joe Breaker is commonly called the straight-armed version because, although he had hinge articulation at the elbow there was no swivel articulation, whereas the re-issued ’83 version had a swivel joint just above the elbow.

His headset pegged into holes in his helmet and a long wire that plugged into his backpack, these were often broken off or misplaced, so later figures had “rubber”, rather than plastic wires.

In 1983 a replacement headset was released in an accessory pack which was made from a lighter grey plastic, so when purchasing from the secondary market a true original, mint Breaker GI Joe will have the much darker, almost black, headset. 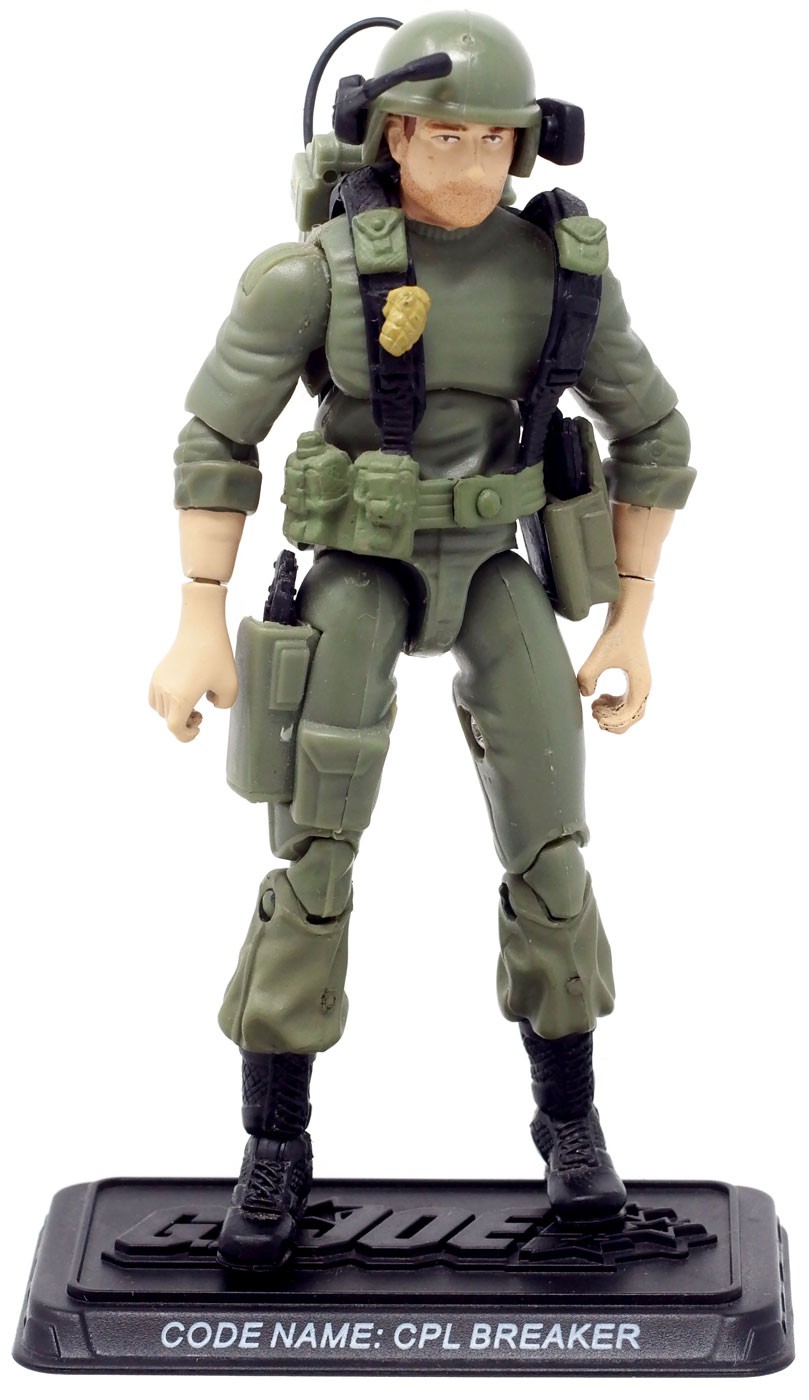 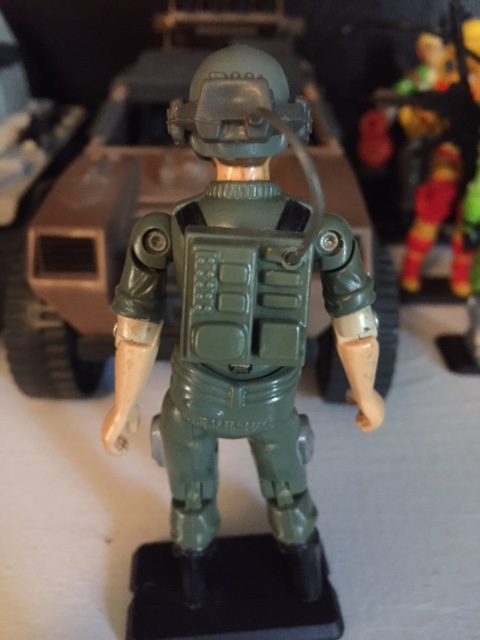 His helmet was a standard Hasbro figure that was used for most of the GI Joe figures as well as some other lines.

His backpack, which could be removed, lacked any real detail. One of the main set-backs of this figure was that he didn’t have any weapons!

That’s right, a soldier with no weapons, go figure.

The ’83 version had the same articulation and the added articulation on his biceps allowing his arms to be swiveled round. 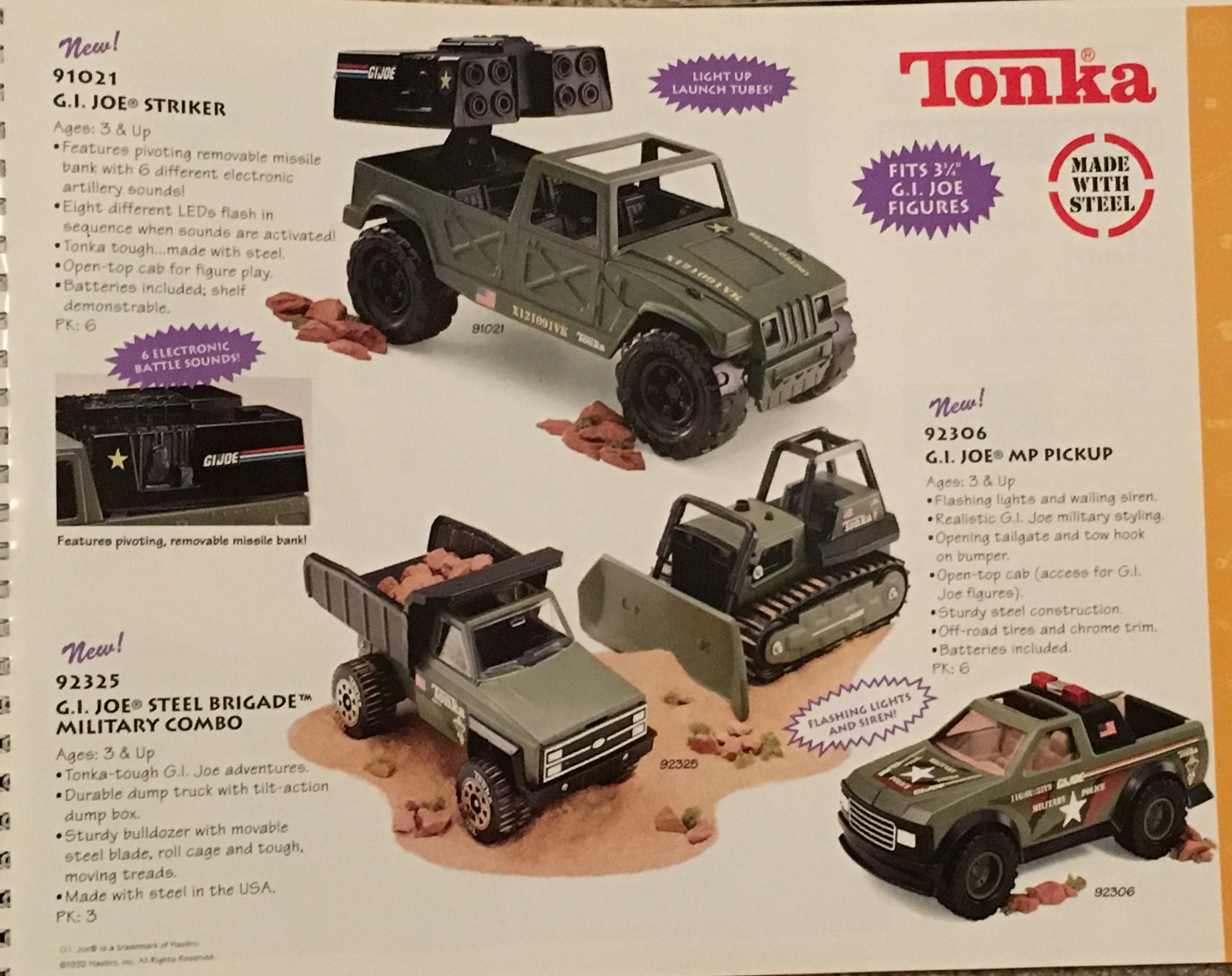 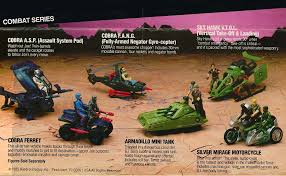 GI Joe Breaker had brown hair and beard and his head sculpt was shared with Clutch and Rock and Roll from this series also. He had black painted straps on his torso that held an unpainted hand grenade. The waist joint also was different between the ’82 and ’83 versions, with the ’82 version being wider and thicker with different belts.

His legs were pretty standard with some silver pouches on the side and standard black boots.

Between ’82 and ’83 the black base of the laser rifle and radio headset was changed, so they came in two different sizes. Also, the backpacks of the five straight straight-armed GI Joe members in the 1982 release differed from the swivel armed versions released in ’83.

The pegs on the ’82 backpack were smaller than those on the 1983 figures and as a result it was difficult to fit the backpacks on them. There were also disc shaped circles where the pegs protruded from the figures body, often referred to as “back reinforcements”. This also implies that the body sculpt used for the 1982 and 1983 figures were different.