Do You Have the Horizon Indiana Jones Action Figures

The Indiana Jones vinyl kits were released by Horizon in 1993. These two highly detailed vinyl model kits were of Indiana Jones and his father Henry Jones, based on the Last Crusade movie and part of a poster from the movie can be seen on each of the boxes.

These kits came with a vinyl modeling manual and a small book that told you all you need to know about that particular figure/character.

Theyremain fairly easy to get hold of so aren't particularly collectible, however they are well made and look excellent so they would make a great addition to any  collection and, of course, half the fun of these is in the making of them! General price ranges from $15-$25 presently.

The Indiana Jones figure came with 2 different weapons, his trademark  whip and a sword but only one on the figure. The reverse of the packaging showed Indy with the sword in his hand and the front with his whip. 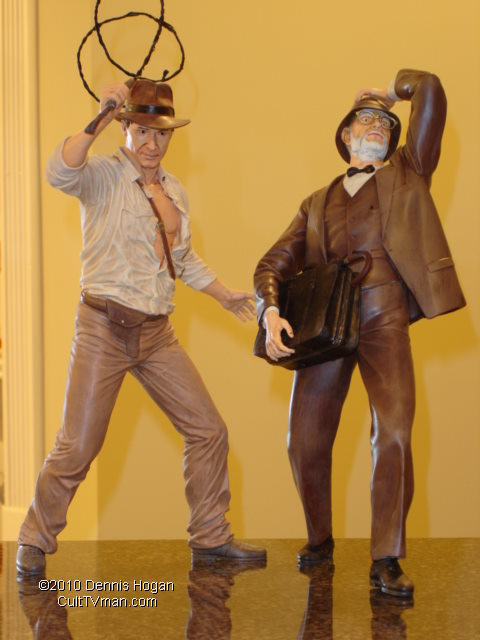