Between 1997 and 1998 Exclusive Premier released a line of James Bond figures in a range of releases based on the Goldfinger, Dr No, Tomorrow Never Dies,On Her Majesty’s Secret Service and The Spy Who Loved Me movies as well as a lserie of James Bond women six-inch figures.

Most of these James Bond figures however, were poorly sculpted and packaged and therefore didn't sell well at retail.

The first series, released in 1998, consisted of: Pussey Galore and Jill Masterton from The Golden Finger and Tracey Draco from On Her Majesty’s Secret Service.

The first series, released in 1998, consisted of: Pussey Galore and Jill Masterton from The Golden Finger and Tracey Draco from On Her Majesty’s Secret Service.

These figures were well well made and produced but don’t seem to be much in demand from collectors and currently  sell for slightly better prices than the previous releases starting at around $25 and going up to about $50. 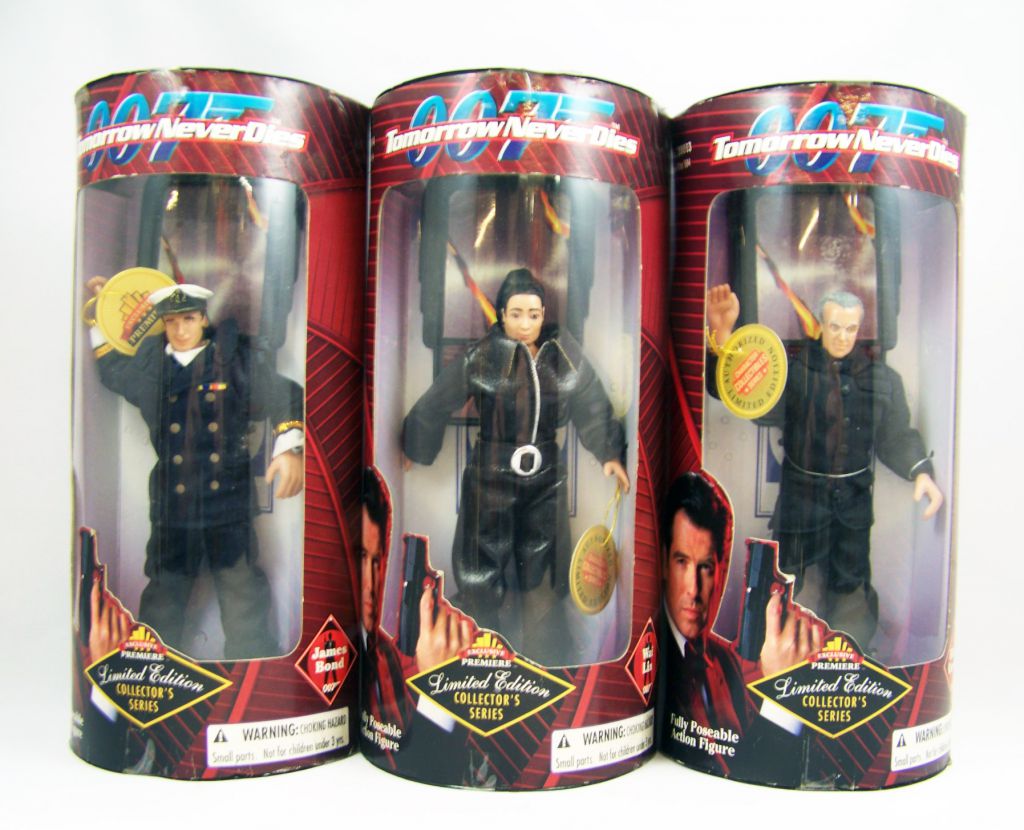 The second line of figures released by Exclusive Premier was a set of three Toys R Us exclusives in 1998 based on the Dr. No movie. Like the previous line these were also 6-inch figures packaged in tub window boxes. 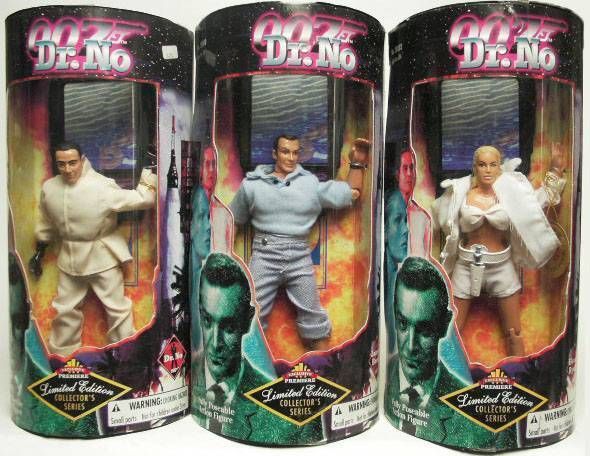 The third line was also an exclusive release, this time as a Previews Exclusive of six figures in total in two separate releases. This time however the figures featured the Bond Girls from several of the movies. As with the other lines these were also 6-inch figures packaged in tube styled window boxes.

Exclusive Premier also released two sets of carded figures based on  Spy Who Loved Me and Goldfinger.

The first series was a set of three figures from The Spy Who Loved Me that were released in 1998 and included  Anya Amasova,  Jaws and James Bond,

The second series released also released in 1998 from the Goldfinger movie and featured: Goldfinger, Oddlob and James Bond.

As with the other Exclusive Premier figures these became peg warmers and even 15 years after their release could still be picked up on eBay for $10-$20! 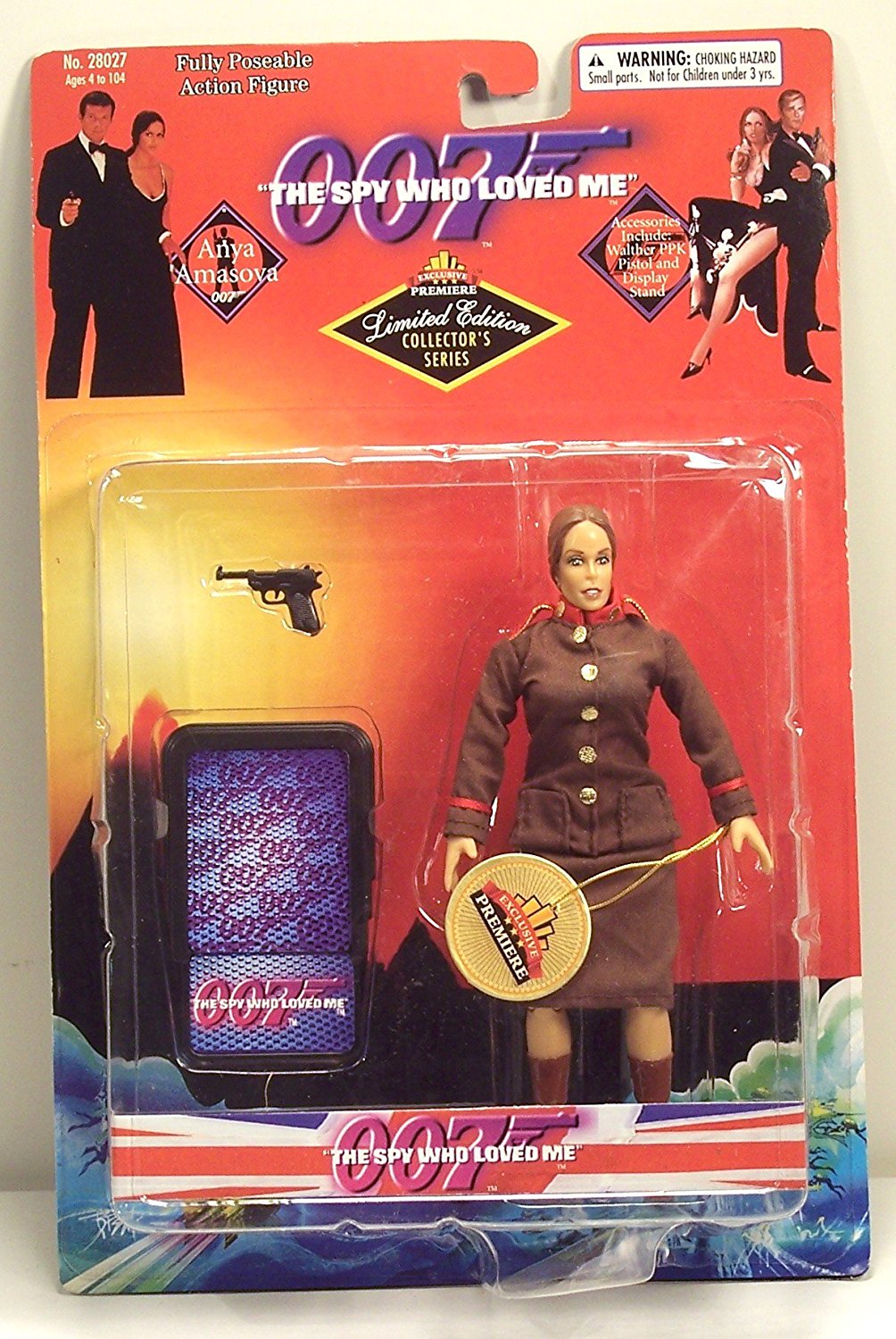 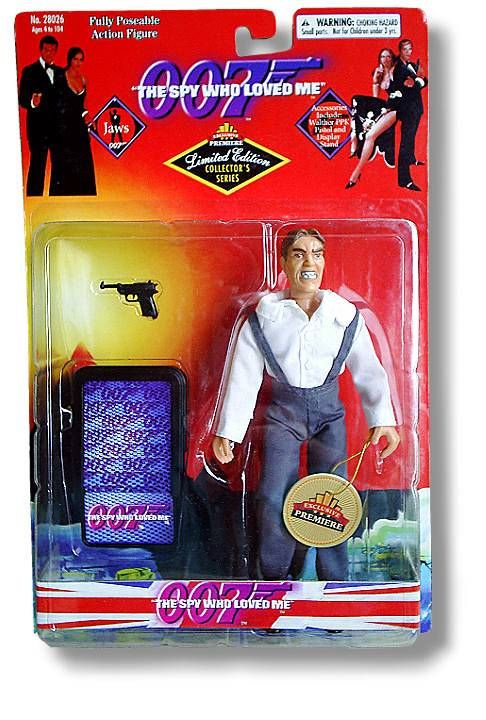 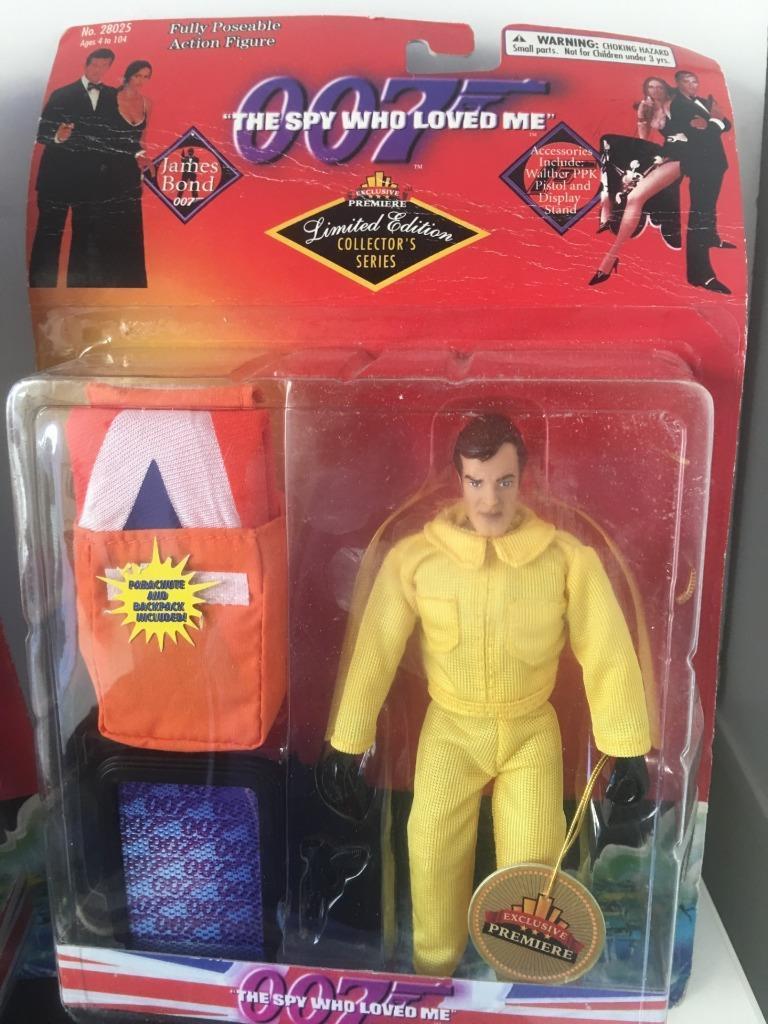 In 1993 Hasbro decided to re-launch the famous Palitoy Action Man brand, which was the UK version of the GI Joe figures.

The initial of figures released during the 1990’s were a range of action figures based on the 3 ¾ inch Hall of Fame GI Joe figures, but these larger versions had less detail and articulation than the original figures.

They were generally: poorly made with heavy bodies and small feet, making them extremely difficult to stand on their own; with hard plastic; accessories and heads out of scale and what little articulation there was had little range. As a result of all these problems the line was eventually discontinued in 2006.

As part of this line Hasbro released a limited edition run of six James Bond Action Man figures based on; Thunderball, You Only Live Twice, The Spy Who Loved Me, Golden Eye, Tomorrow Never Dies and The World is Not Enough.

These six figures have proved to be of little interest to most collectors and fans due to their poor quality and as a result can be picked up for around $30-$40 each, but be careful because some dealers are trying to get up to $80 for these which is vastly overpriced.

• You Only Live Twice

• The Spy Who Loved Me

• The World is Not Enough