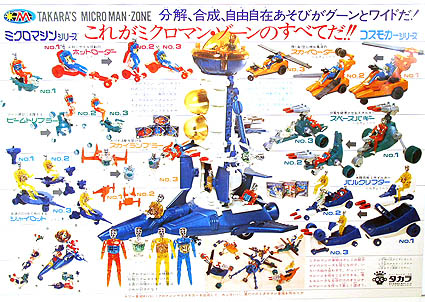 The crossover between GI Joe, Microman, Diaclone and the Transformers toys must be one of the most complicated in the history of toys!

It all started back in 1970 when a Japanese company by the name of Takara secured the license for the Japanese version of GI Joe, called Combat Joe. This led to a spin-off line called Henshin Cyborg, henshin is Japanese for transform. This line of figures evolved into the Microman toyline in 1974, which was licensed to American manufacturer Mego.

But the crossovers don’t end there.

Microman was the first line to use the 3.5-inch scale but in 1978, with sales dwindling, Takara introduced Robotman; the first toy to transform from a robot to a car.

The sub-line Micro Comman introduced Cosmo Coutach who would evolve into the Dialone, the predecessor of Sunstreaker who would become the first of Hasbro’s new line of car to robot figures.

In 1981 the New Microman line was launched which led to the Diaclone and Microchange spin-offs in 1983 which introduced vehicles and robots that interacted to become household items. 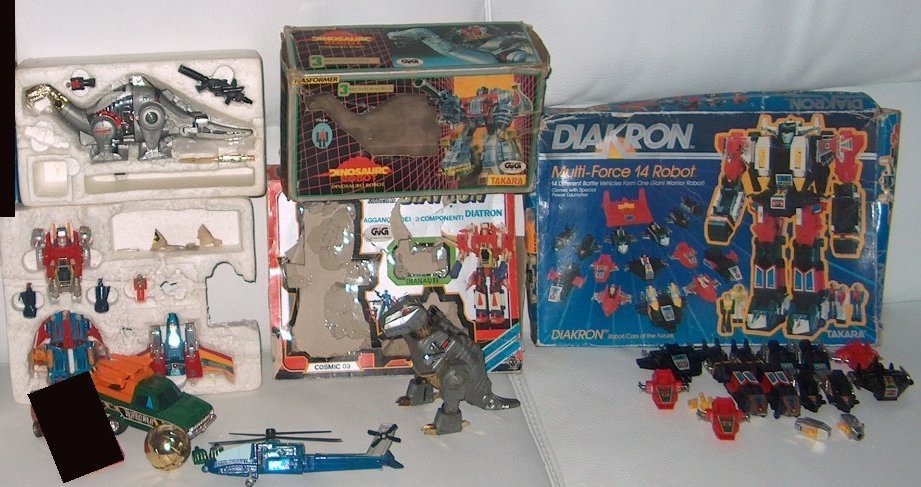 The following year however, Hasbro acquired the licensing rights to both Diaclone and Microman and rather than releasing two separate lines they decided to re-brand them both as the Transformers toys.

Backed by a successful TV series and comic-book the Transformers toys became a huge success in the States. So much so that Takara cancelled both Microman and Diaclone in order to acquire the Japanese license for the Hasbro Transformers toys!

Fifteen years later, in 1999, Takara decided to revive the Microman line, however it failed to capture peoples attention and only lasted 2 years before it was dropped again.

2003 saw the launch of a newer more modern version of  Transformers toys that was targeted at a more mature collectors market. This combination proved to be popular and is still being successfully produced to this day (2017).

Takara have produced a number of original characters for this line as well as multiple sets of licensed Transformers toys being produced under the Micro Action title each year.

This has included characters from a variety of licenses such as Neon Genesis Evangelion, Batman, Predator, Street Fighter and even Godzilla to name a few. This line also includes their Full Action Bodies, i.e. those with over 30 points of articulation. 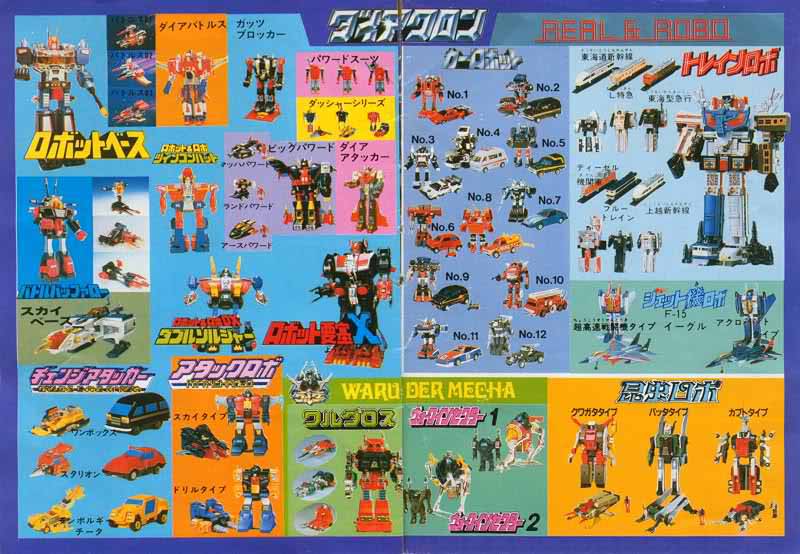 The Japanese Generation 1 toys are the hottest and most popular of all the vintage Transformers figures, probably because both the 1984 and 1985 Hasbro lines were included in the Japanese 1985 Generation 1 release entitled Fight! Super Robot Lifeform Transformer.

There were some very note-able differences between the Japanese figures and those released in the UK and USA, particularly with the packaging and presentation as well as the designations, names and even the robots themselves in some cases.

The packaging on the Japanese toys was a lot more compact than the US version, with better designs and artwork, reminiscent to the original Microman and Diaclone lines.

However this proved to be fairly confusing as there was no obvious distinction between them. As a result from 2010 Takara numbered them from C50 for the Cybertons and D50 for the Deceticons.

Takara also released several exclusive figures and sets that were never made available outside of Japan. Probably the two rarest and most expensive of these are the repainted Targetmaster versions of Inferno and Jazz that were renumbered as C-108 Artfire and C-109 Stepper.

Despite the many re-issues and re-paints the Japanese Transformers have remained popular and high in demand which has helped them to not only keep their value but in some cases to appreciate, this has been partly true because of their highly displayable and collectible nature.