A Nightmare Before Christmas Figures from Jun Planning

Their first release was a variety of their popular J-Dolls. As with their Pullip cousins, manufacturing changed hands in 2009 when the Japanese branch of Jun Planning declared bankruptcy and the production of the dolls moved to Groove, Inc.

In the United States, Jun Planning and Groove seem to be linked, with Groove USA a subdivision of Jun Planning USA. 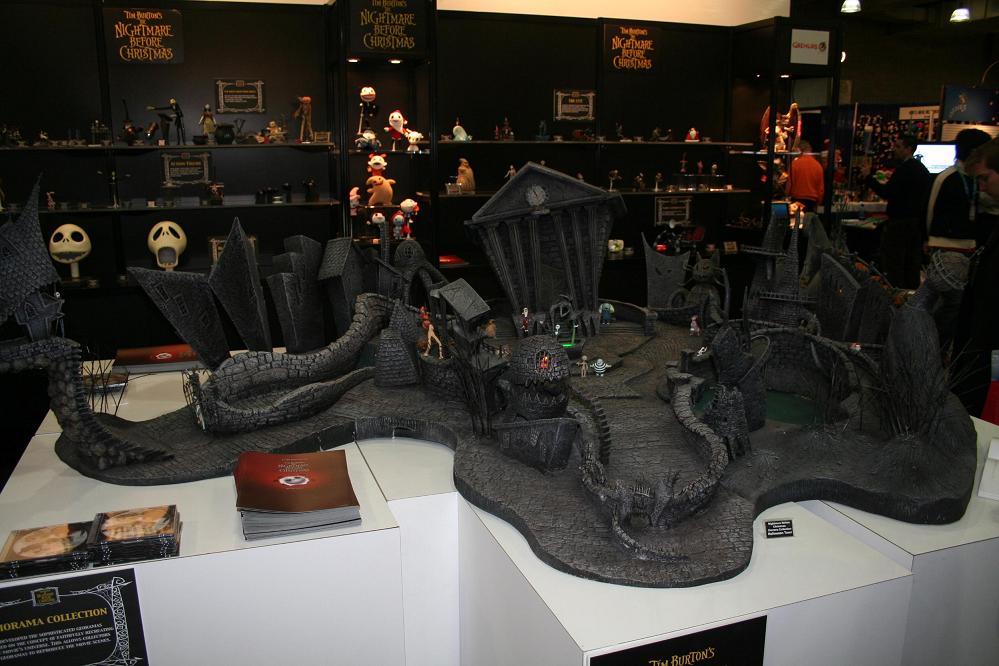 Jun Planning A Nightmare Before Christmas Figures and J-Dolls

The A Nightmare Before Christmas Figures and J-Dolls were highly articulated 9-inch plastic fashion dolls that are made by the same company that made the Pullip dolls.

If you've ever admired a Pullip doll's style and articulation but been turned off by the over-sized noggin, a J-Doll might be a nice alternative.  In a nutshell, J-Dolls are Pullips with shrunken heads.

About a year after they first released their J-Dolls Jun Planning released a series of A Nightmare Before Christmas Figures sold in themed “blind” boxes which came in pieces  and had to be put together, similar to the Kinder Surprise toys, but the construction of them was not easy.

This was because the small pegs and thin pieces made it hard to fit some pieces together, like Sally’s arms. In addition, it was difficult to get Shock’s arms to stay in place.

For the most part though, once put together, these figure stay together.

Note though that these figures had no articulation.

For their size, these A Nightmare Before Christmas Figures, were highly detailed. All the figures were painted, and most sport a paint wash. The most impressive paint jobs were on Sally and Oogie Boogie.

h a blue paint wash effectively captures the skin tone from the movie, and contrasts nicely with the white paint on Jack.

Oogie Boogie is painted in a nice sack cloth brown with a dark brown wash for texturing in the folds.

In contrast, the paint on Lock, Barell and Shock is a little plain because of the lack of a paint wash. None of them though have a sloppy paint job.

Overall it’s obvious the figures were designed to either have texture or detail be the prominent factor in the figures’ appearance, depending on the strengths of the character design. 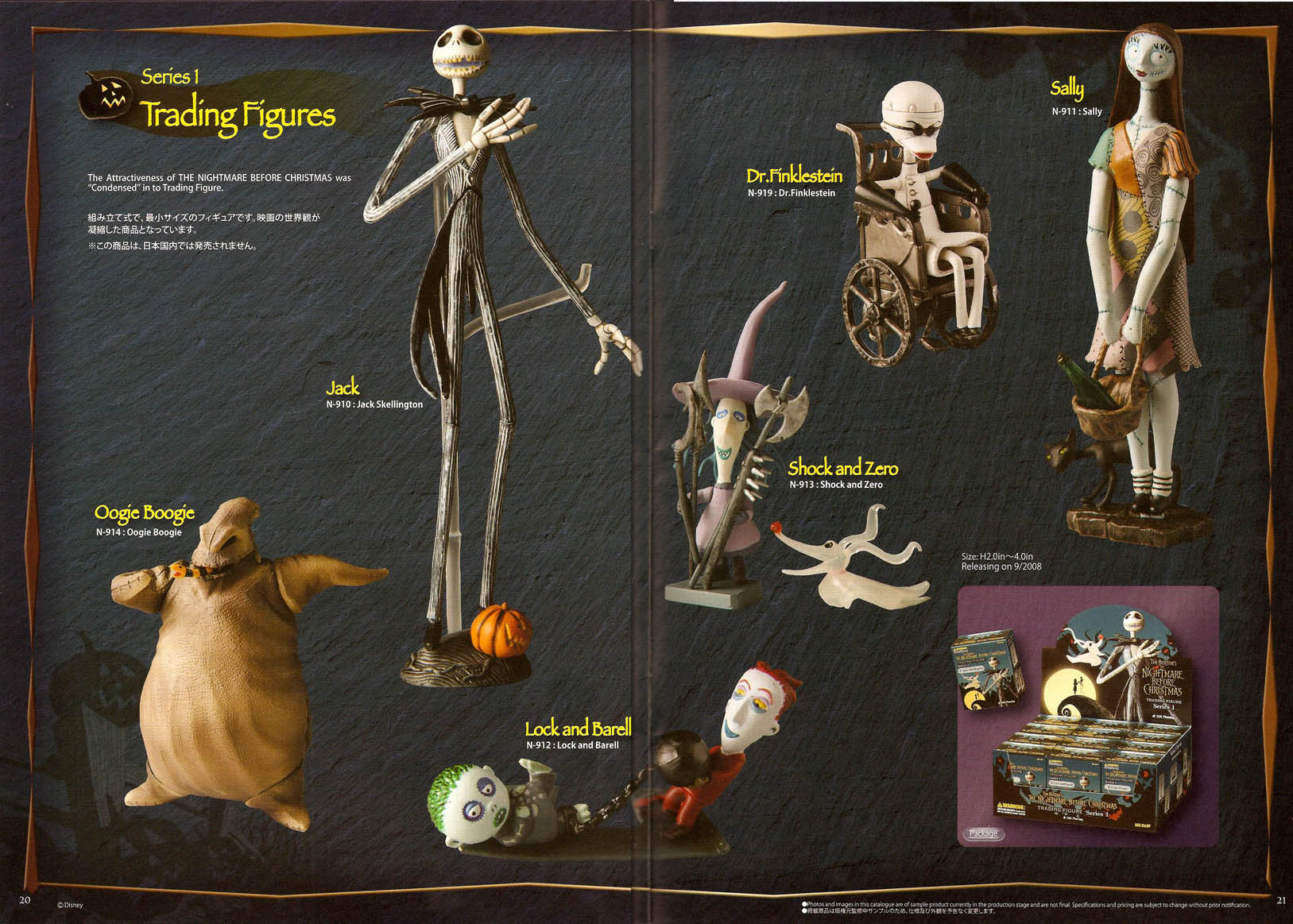 For example, Oogie Boogie, who doesn’t have a lot of features to include, does have a lot of texturing and paint wash to make the figure look good. Similarly Zero was molded in translucent plastic.

On most of these figures none of the joints are overly obvious or ugly. The exception is Oogie Boogie, whose arms and legs leave small gaps with the body that are highly noticeable on the brown body.

Together all these figures look great. As an added bonus, the stands of Shock, Lock, and Barrel fit together, and Zero can be attached to Jack’s stand. All together they make a nice Nightmare Before Christmas display if you aren’t interested in the larger figures.

Released in 2001 the Jun Planning action figures can on NBX themed blister packs, were very detailed and excellently sculpted.

However, they didn't sell very well and can still be bought on eBay for between $5-$10, well worth the price considering they originally retailed for approx $20.

Each  figure was about 8-inches in height with 12-points of articulation, real cloth clothing and accessories relevant to that particular figure.