The Jurassic Park Camo Xtreme Figures, which was a series of extremely cool re-paints, was supposed to tie-in with the Jurassic Park 3 line but it was discontinued before mass distribution.

However, some cases did get sent out to local stores and specialist on-line stores but these sold out very quickly.

This line/series has therefore become very scarce and has some of the most sought after Jurassic Park figures. 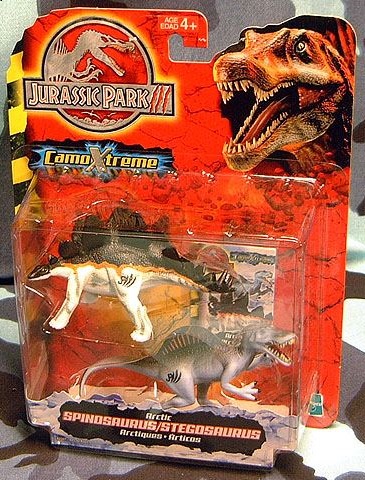 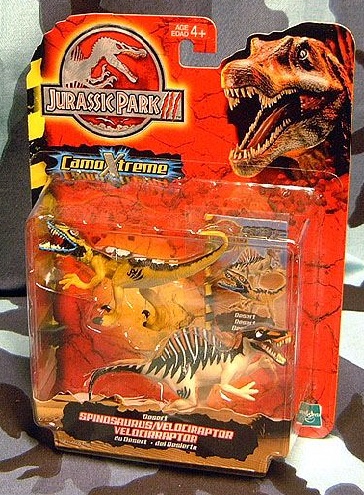 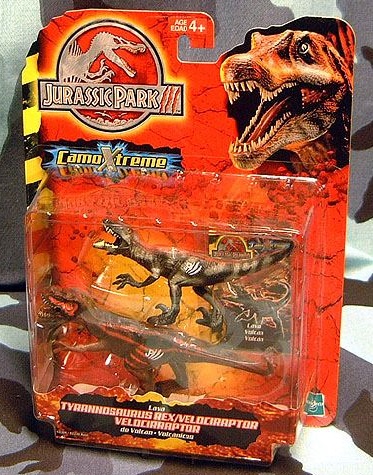 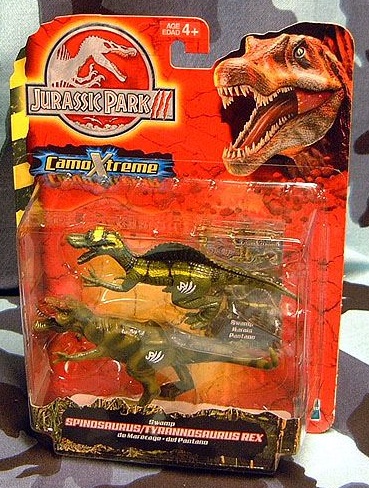 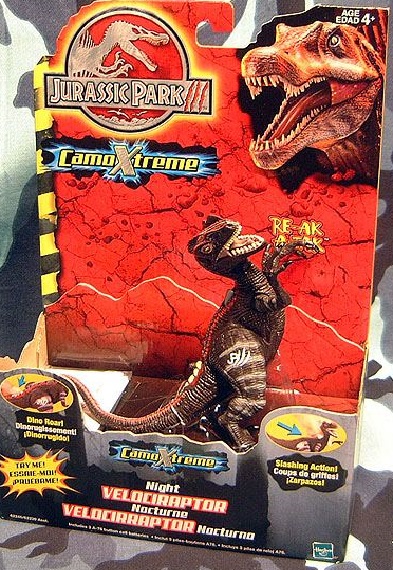 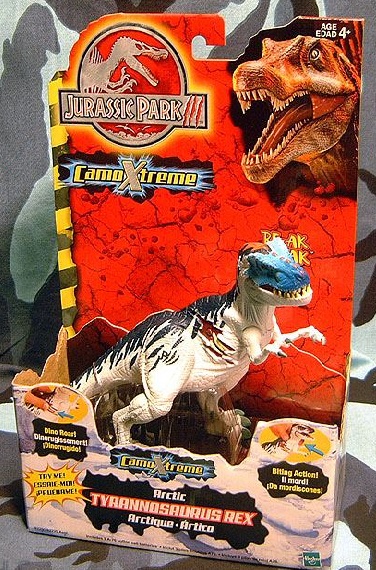 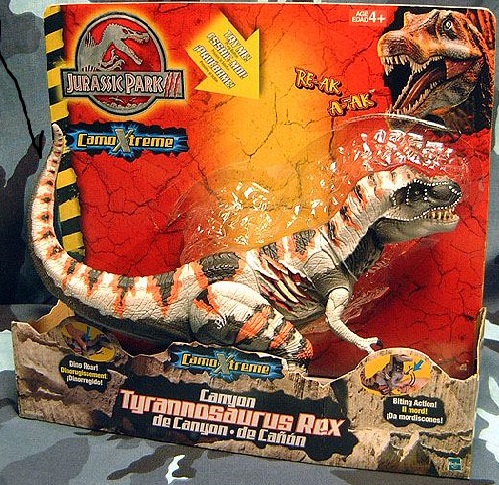 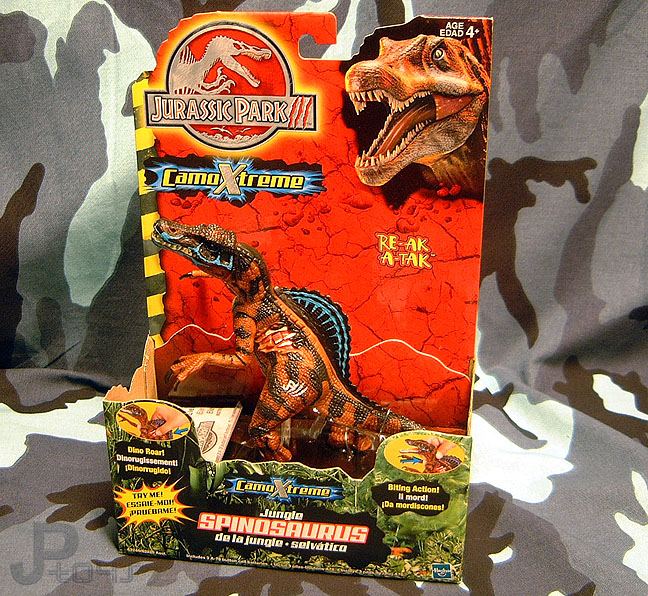