The three initial Kenner Predator figures released were Cracked Tusk, loosely based on a hero character in the first comic story, Scavage, a green fellow with an enormous double spear launcher and a more heroic “Renegade”, which came in a two-pack with a warrior xenomorph for a very literal Alien VS. Predator rumble. Renegade bore similar armour to the original hunter in the 1987 Schwarzenegger movie but with the brown colour scheme of the one Danny Glover fought in its sequel. 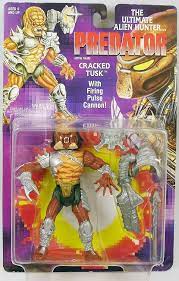 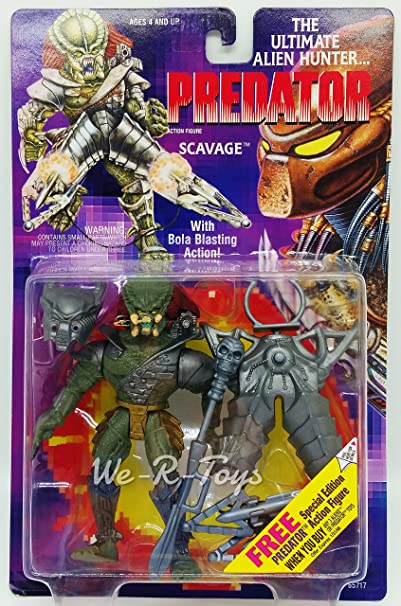 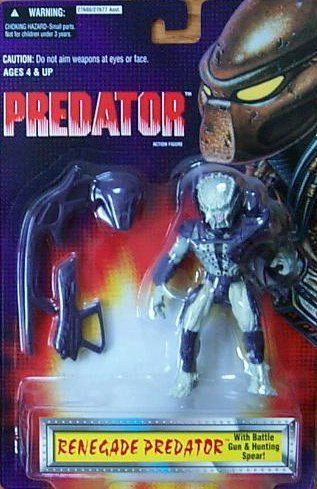 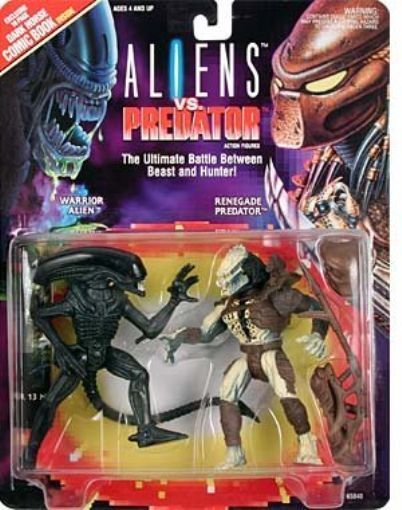 Since the Dark Horse comics had combined the Alien and Predator franchises, which was prompted by the appearance of a xenomorph skull in the trophy room in Predator 2, Fox frequently marketed these together.

So, this was a period when AvP (Alien vs Predator) became the fantasy deathmatch for kids with many comics, books, video games and indeed toys that fleshed out that premise.

Since the Aliens were de facto villains, that meant that in toy terms the Predators had to be portrayed as fearsome heroes, despite the fact that fans were well aware they would gladly hunt the marines as well. 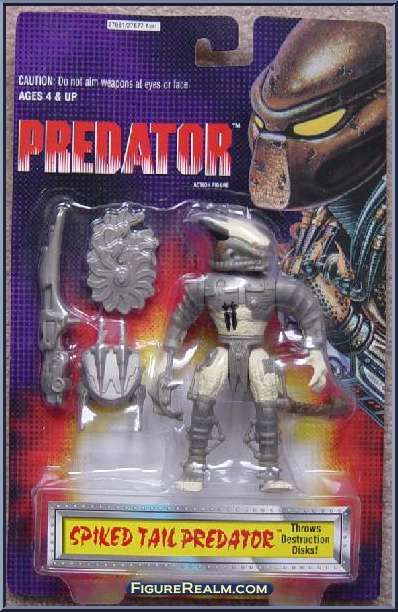 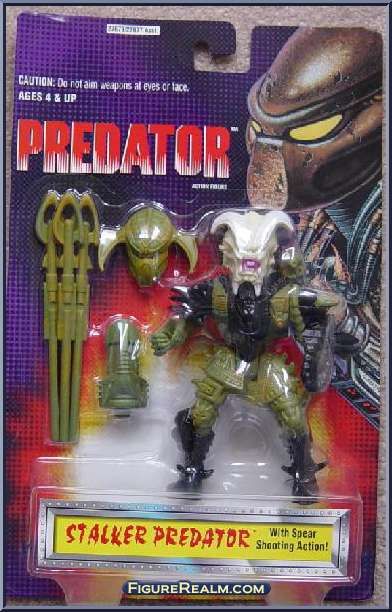 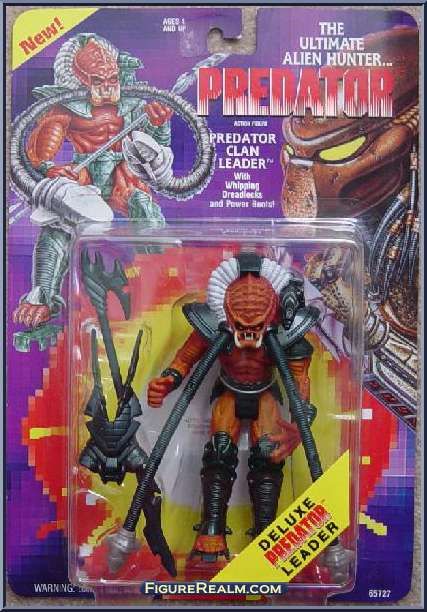 Aspects of the Predator figures were accentuated to make them more appealing and less grotesque. Their tech-augmented tribal culture made them perfect for action figures and their outfits and accessories were pretty accurate to their onscreen personas.

Three more followed with Spiked Tail, Stalker and the Clan Leader with his enormous, impressive chin braids. Cracked Tusk and Scavage ended up with a repaint each; Lava Planet Predator, and Nightstorm Predator, and the series was supplemented with their blade fighter vehicle.
A clear plastic Ambush Predator was available in a mail-away promotion and the second series comprised of simply an additional Lasershot Predator to add to the existing mix.

These were followed by a third line which repackaged and repainted several Predators from the first series and brought in a 10” tall Ultimate Predator. 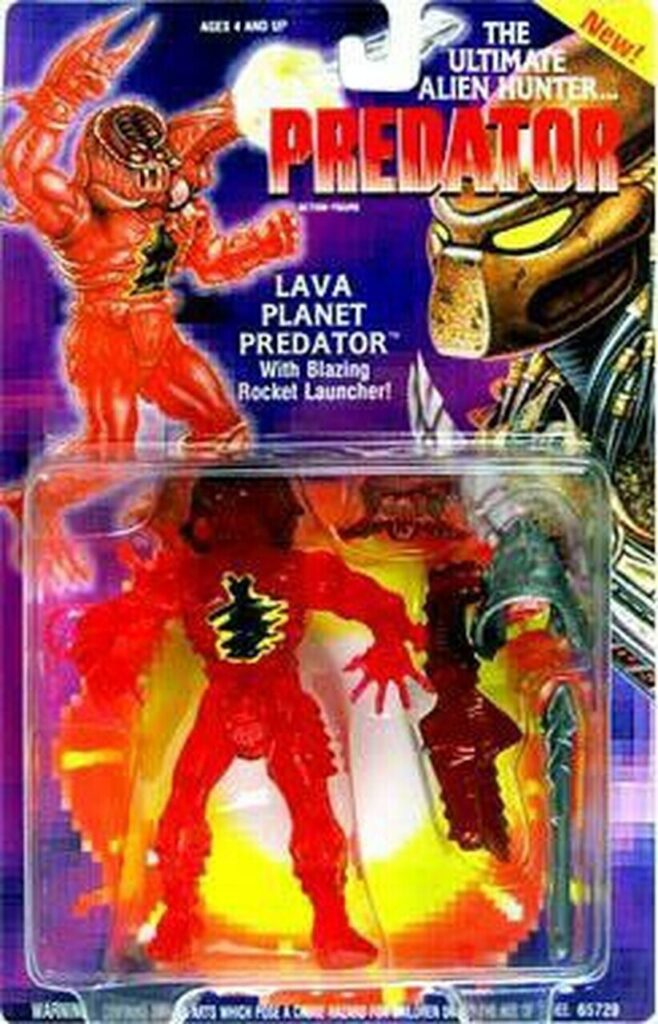 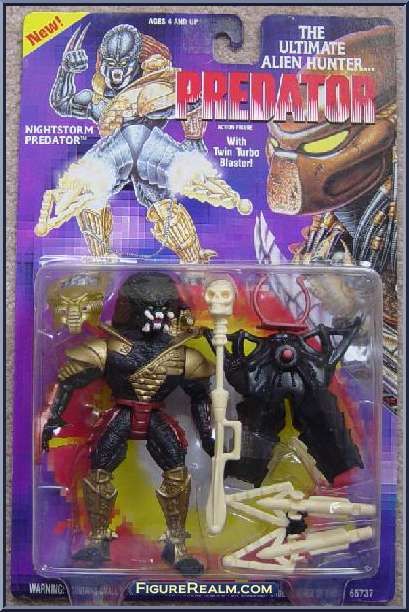 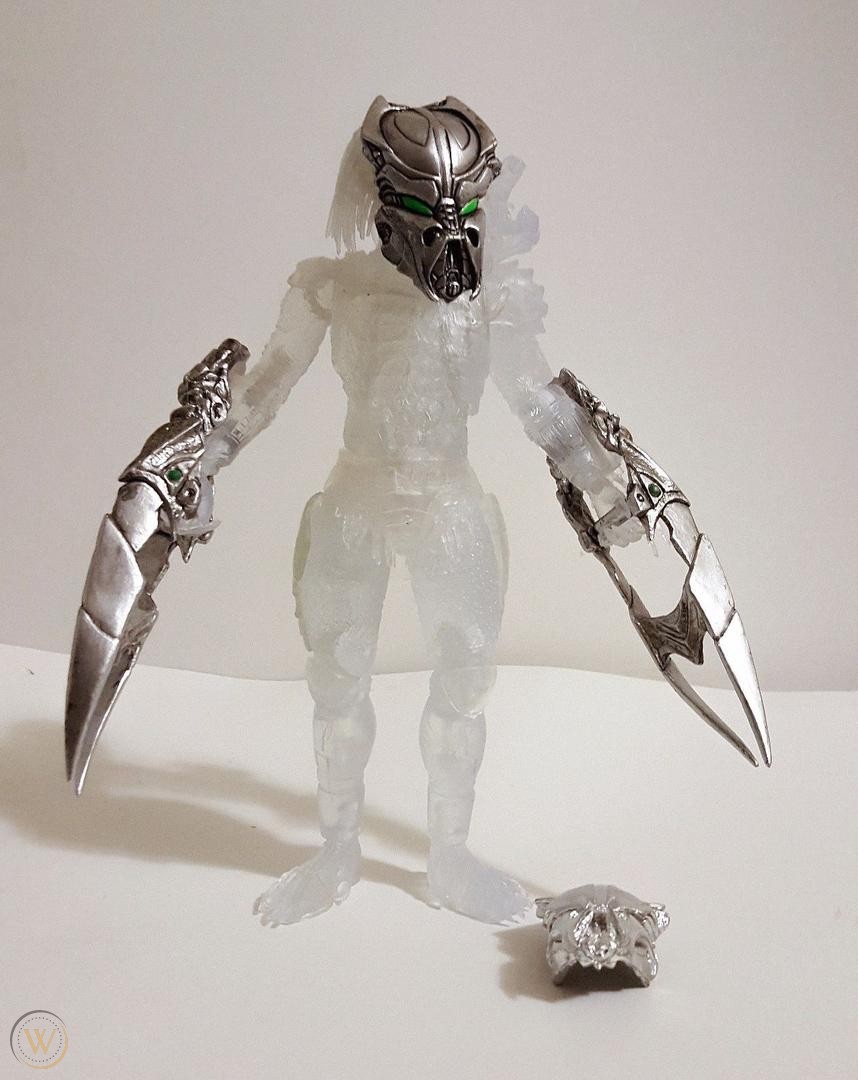 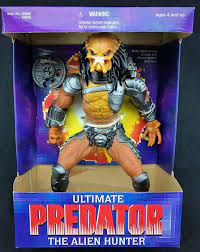 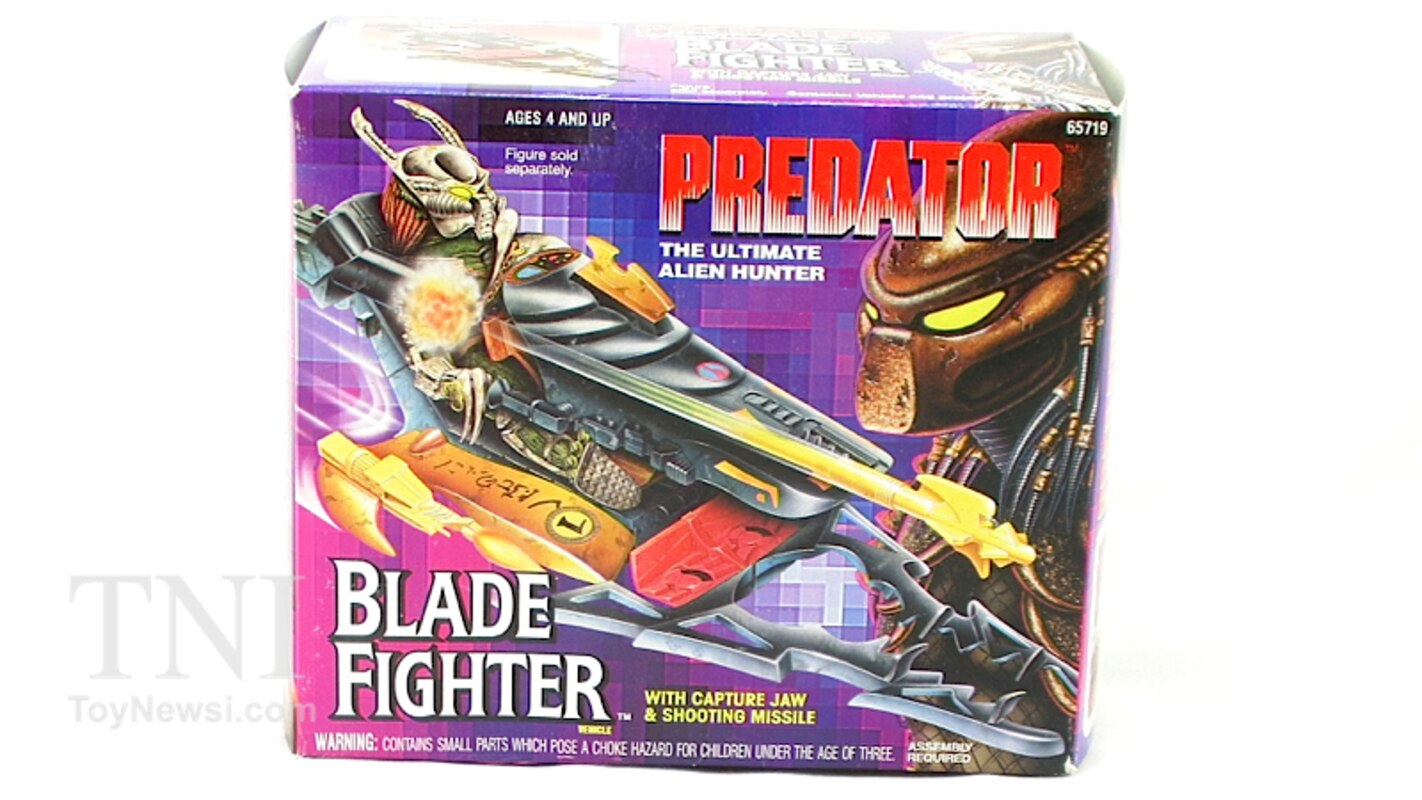 Hive Wars was the last of the line. They included an all-new sculpt for Hicks (again with the backwards red baseball cap) bearing absolutely no relation to the screen version, a mechanical character named Integer 3, a Warrior Predator and a Night Recon Predator and two final Aliens including the Hive Warrior and the Acid Alien at long last released in this scale.
These Kenner figures have endured with adult collectors long after they disappeared from shelves, exemplified by a range of more recently produced NECA tributes to the early predator figures as well as some impressive custom jobs that bring the old favourites kicking and screaming out of the 90s. 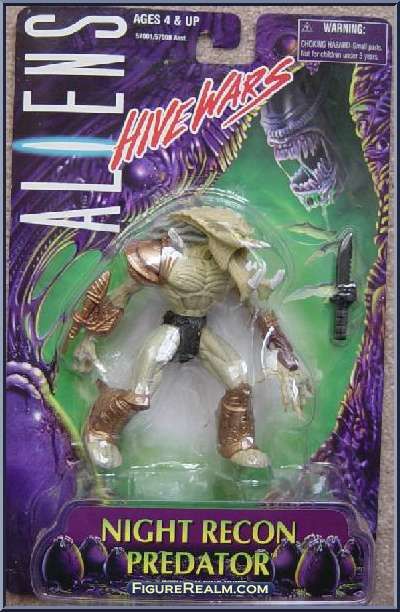 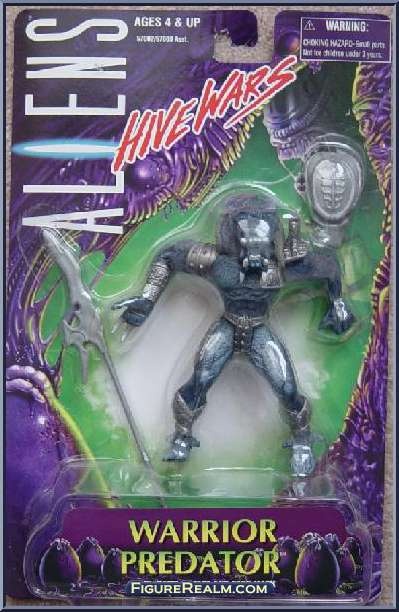