R2D2 was an astromech droid acting as Luke Skywalker’s in-flight automated mechanic and co-pilot, carrying out a wide range of duties.

As simple as Kenner’s R2D2 action figure was, with its paper sticker, clicking head, vac-metallized silver dome and two sturdy legs, this original interpretation of R2D2 flew off of retail shelves. Although these days three points of articulation isn’t anything special, there are few robots more iconic than R2D2 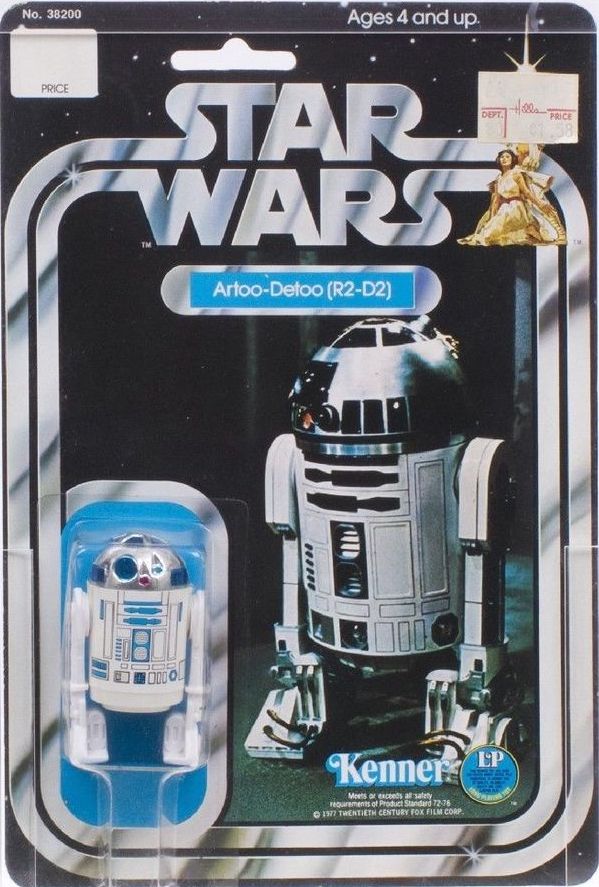 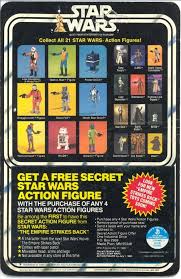 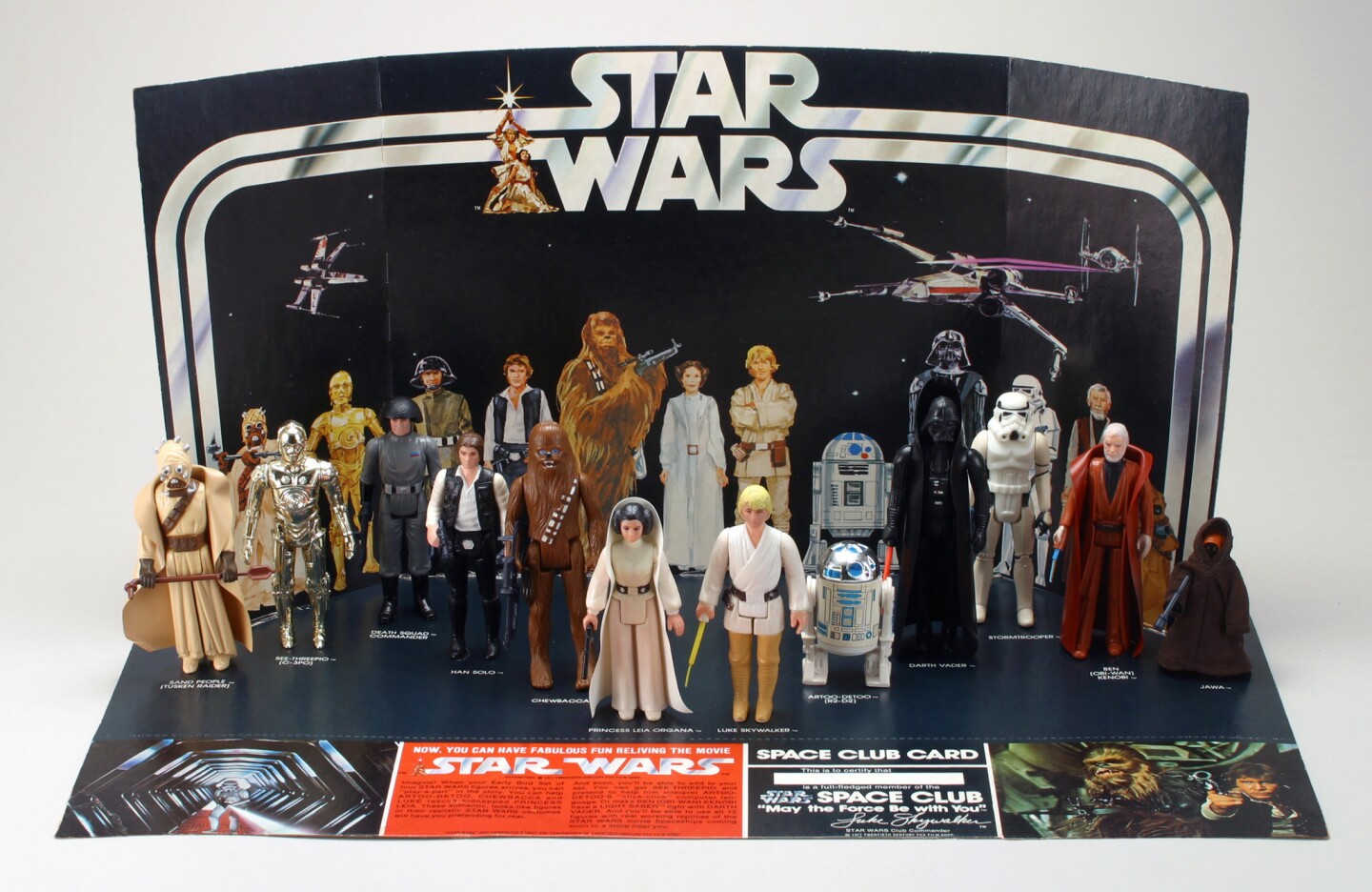 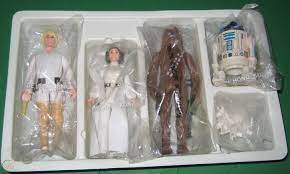 R2D2 first appeared in the Early Bird Certificate Package and the original first wave of 12-figures released on the 12-back cards.

The original Early Bird R2D2 had a darker blue dome than the standard blue variations on cards, and had a paper label or sticker, although some darker versions were also carded. 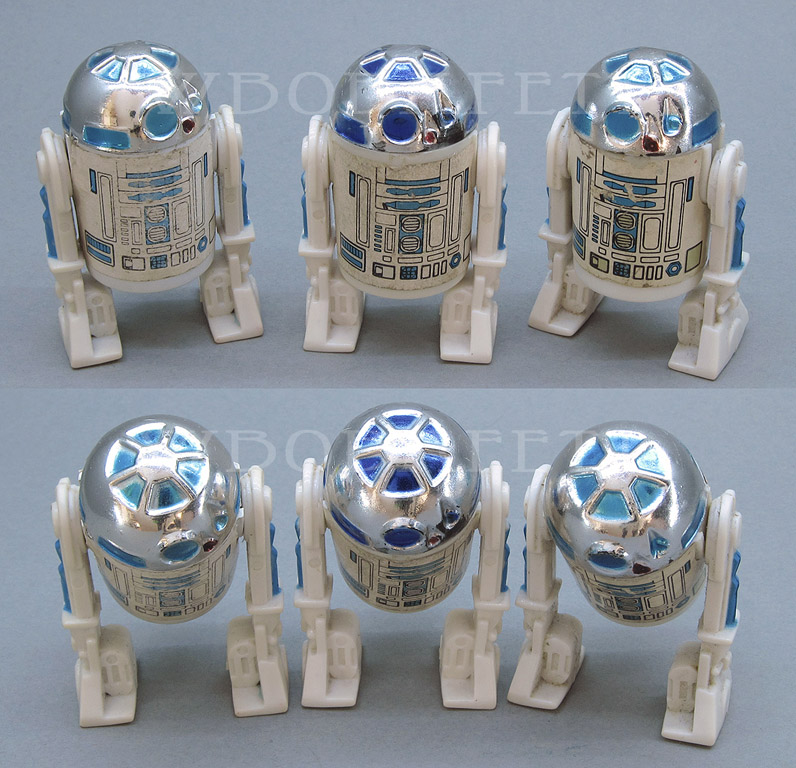 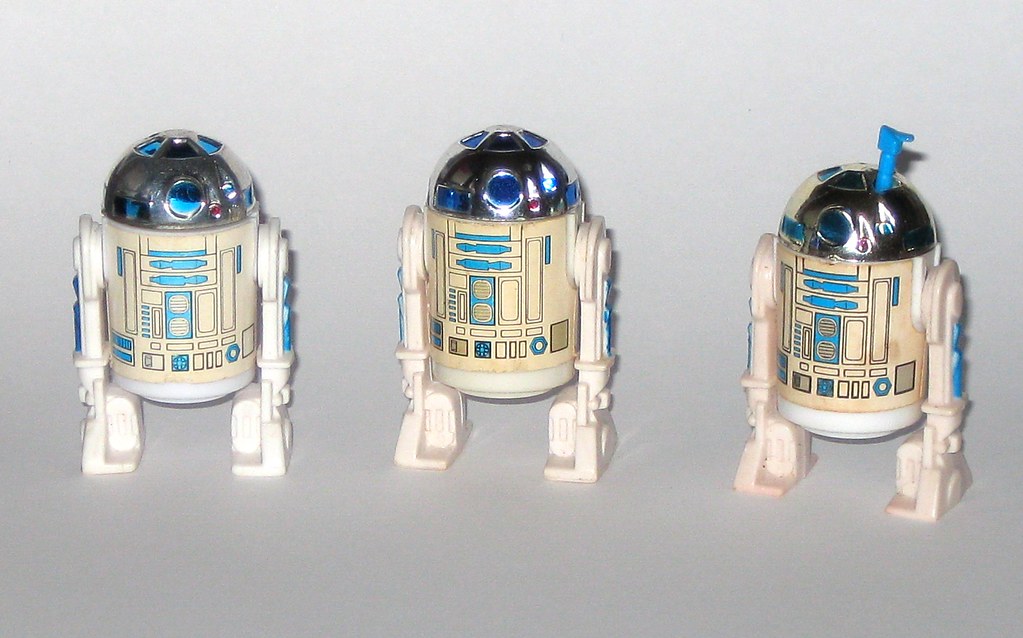 There are many different variations of R2D2’s sticker, too many to go into in detail here, but here’s a look at a few of them, courtesy of “Star Wars Figure Variations.com, for more information and details see the link in the description box below. As well as these there was also a later variation that came with a Sensor scope.

Due to his simplicity, and unlike many of the other Kenner figures, R2D2 didn’t have any real major variations.

However, one of the more unusual variations was the teal green dome variant on the Taiwan R2D2.

These variants have become very difficult, and expensive, to find in good condition. Another difficult variation to find is the light blue domed R2D2 with a “dimple” in the centre of the dome. Also, the Lily Ledi version is very difficult to find and has a common type of screw, rather than a Philips screw, keeping the dome on. 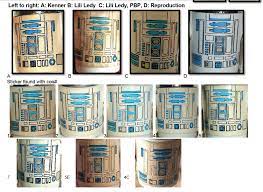