The Lost in Space TV series was created and produced by Irwin Allen and follows the adventures of a pioneering family of space colonists who struggle to survive in a strange and often hostile universe after their ship is sabotaged and thrown off course.

The show ran for three seasons, with 83 episodes airing between 1965 and 1968. The first season was filmed in black and white, with the second and third seasons filmed in color.

Originally written as an utterly evil (if careless) saboteur, Smith gradually became the troublesome, self-centered, incompetent character who provided the comic relief for the show and caused much of the conflict and misadventures.

In the unaired pilot, what caused the group to become lost in space was a chance encounter with a meteor storm, but in the first aired episode it was Smith's unplanned presence on the ship that sent it off course into the meteor field, and his sabotage which caused the Robot to accelerate the ship into hyperdrive. Smith is thus the key to the story.

In 1998 Trendmasters released a line of Lost in Space action figures based on the original 1965 TV series. This line consisted of four tube boxed 8-inch “dolls” and two window boxed “dolls”.

However, these dolls were unsuccessful at retail and were heavily overproduced and as a result are fairly common and inexpensive, with there being little interest on the secondary market.

The only one to gain any real interest was the Robot B-9 with the standard and chrome versions selling for between $35.00 and $45.00 NIB.

But, may be the rumored, upcoming Netflix series will regenerate interest in these? 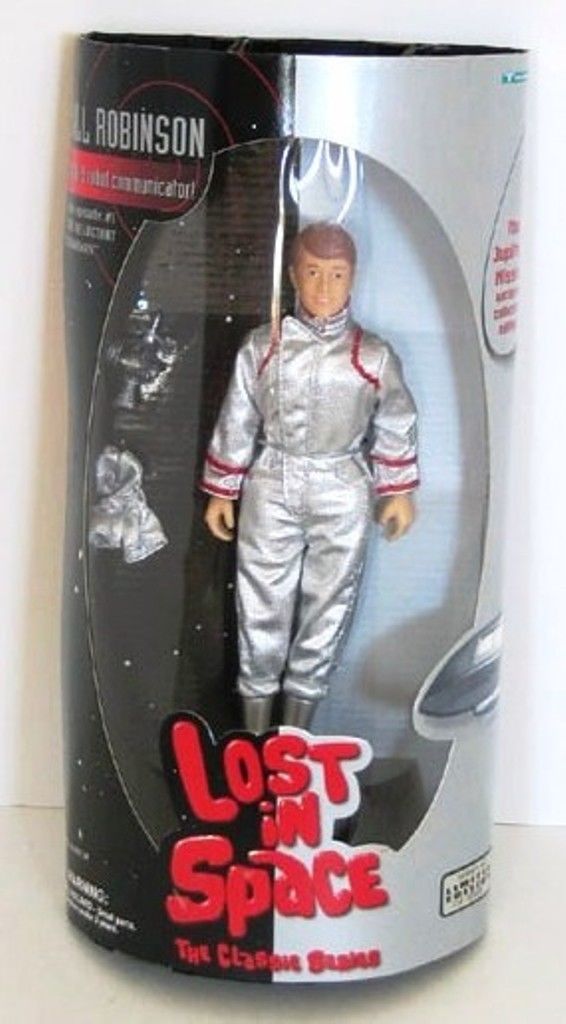 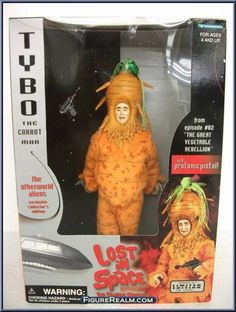 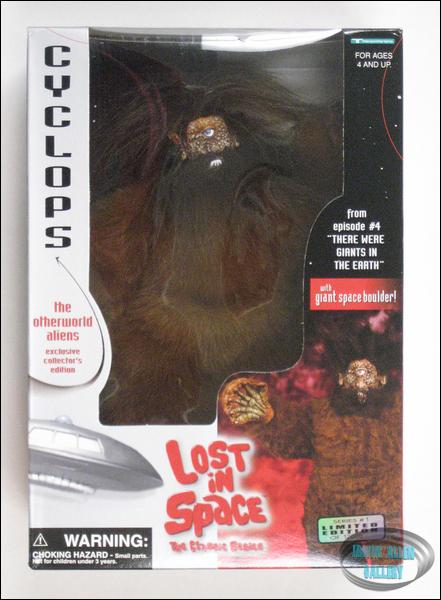 Lost in Space was released in 1998 starring William Hurt, Matt LeBlanc, and Gary Oldman. The film was shot in London and Shepperton, and produced by New Line Cinema.

The plot is adapted from the 1965–1968 CBS television series Lost in Space and focuses on the Robinson family, who undertake a voyage to a nearby star system to begin large-scale emigration from a soon-to-be uninhabitable Earth, but are thrown off course by a saboteur and must try to find their way home. Several of the actors from the original TV series also had cameos in the film.

The Lost in Space movie action figures were also released by Trendmasters in 1998 and featured twelve five-inch human and robot figures in the basic line. Mimi Rogers, who played Mrs Robinson, was the only main character not to get an action figure and the most popular was the Judy Robinson figure which was fairly scarce when they were first released.

The scarcest figure in this line was the “Future Smth” Robot which was the short-packed, or chase figure in the line. There were also three vehicles produce as part of this line.

Probably the best, and most expensive, Lost in Space action figure was the massive, Radio Control B-9 Robot. This colossus 24-inch robot is not only incredibly difficult to find, but it's also going to set you back anywhere from $350.00 to $500.00 to get one.

The next most sought after item from this line is the Jupiter II spaceship, but be caeful you don’t get caught out with this one. Generally this is valued at around $200-$250 but many dealers have it marked up to approx. $450, so make sure you shop around before buying! 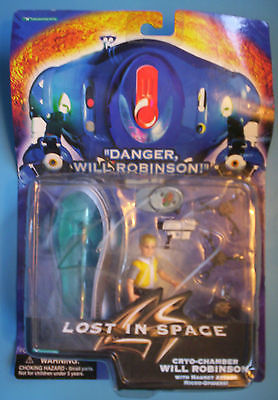 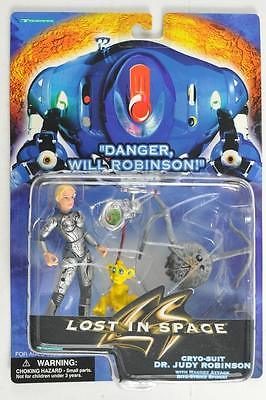 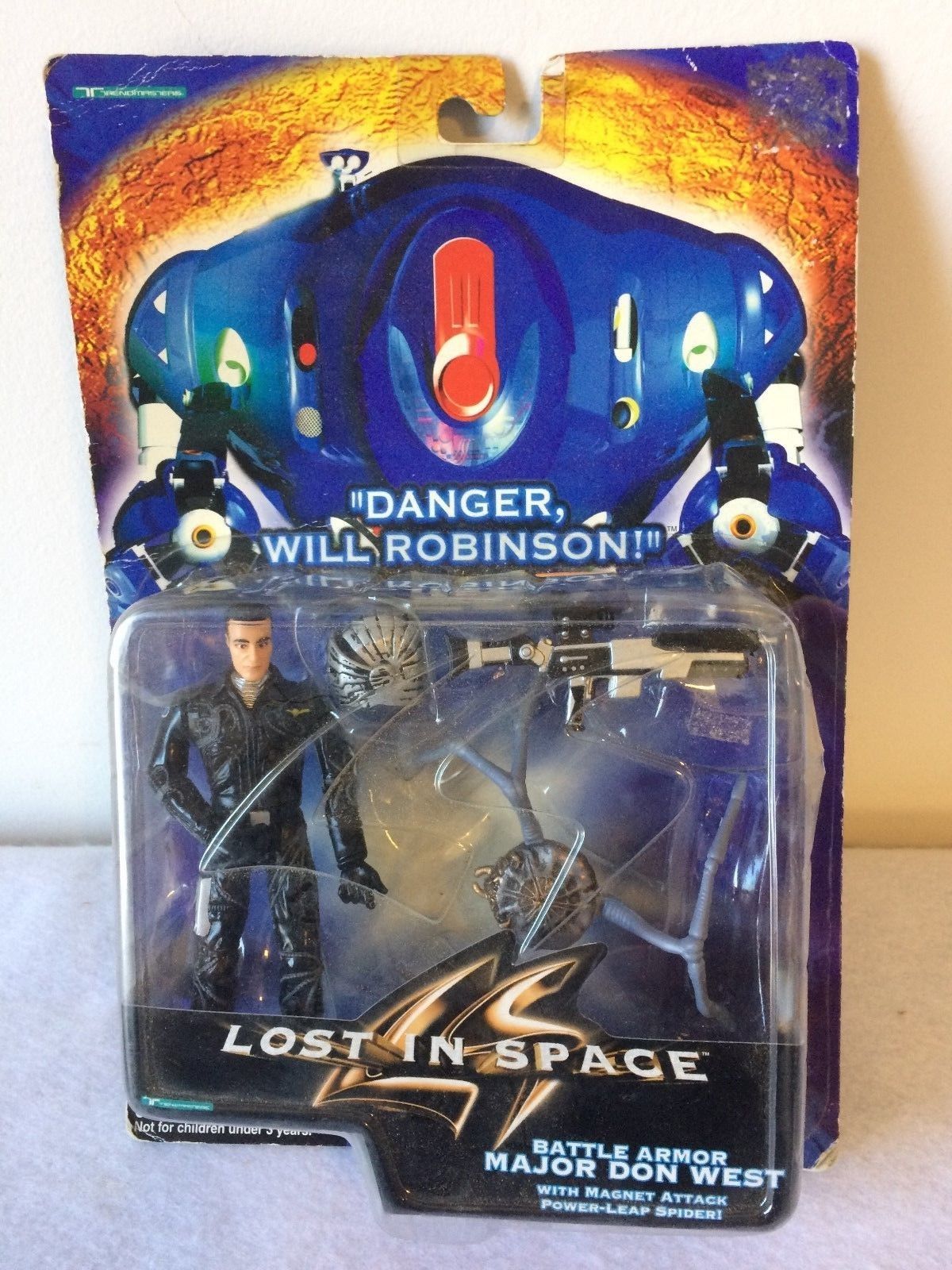 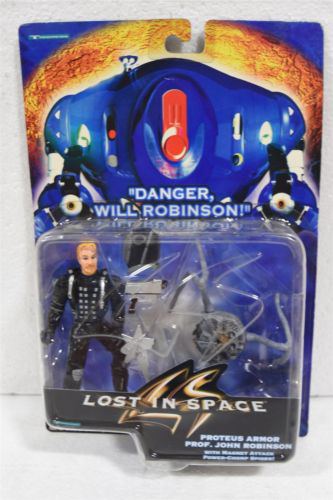 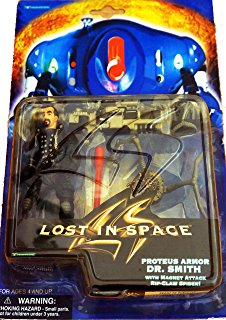 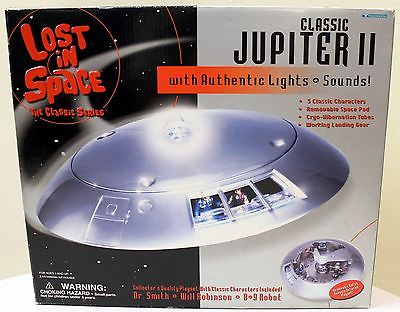 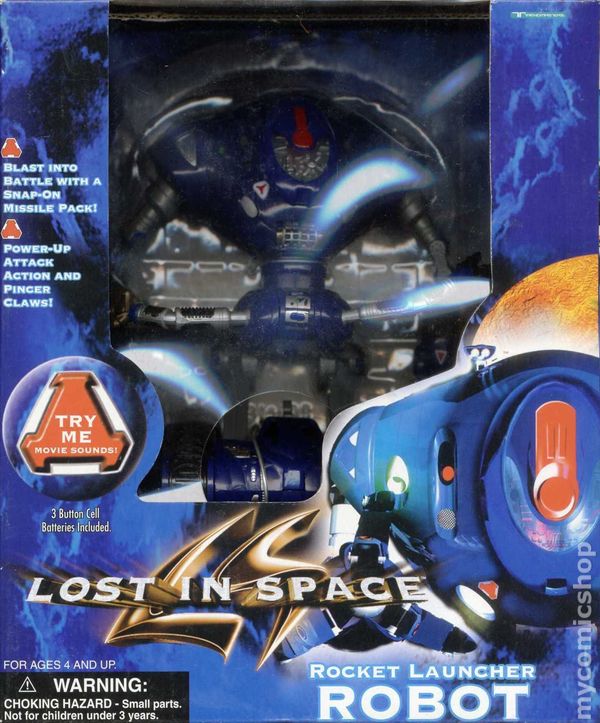 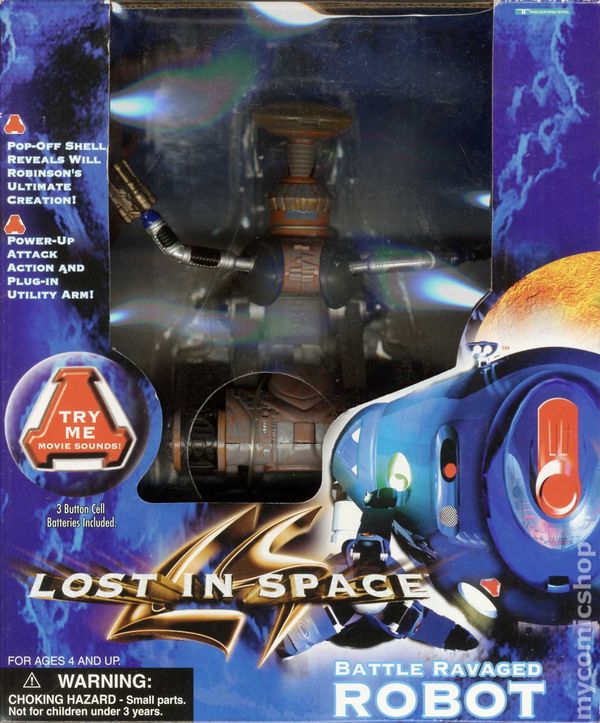 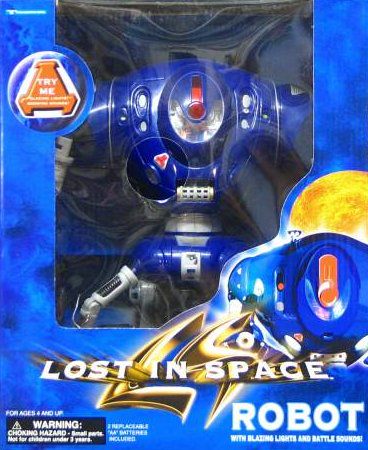 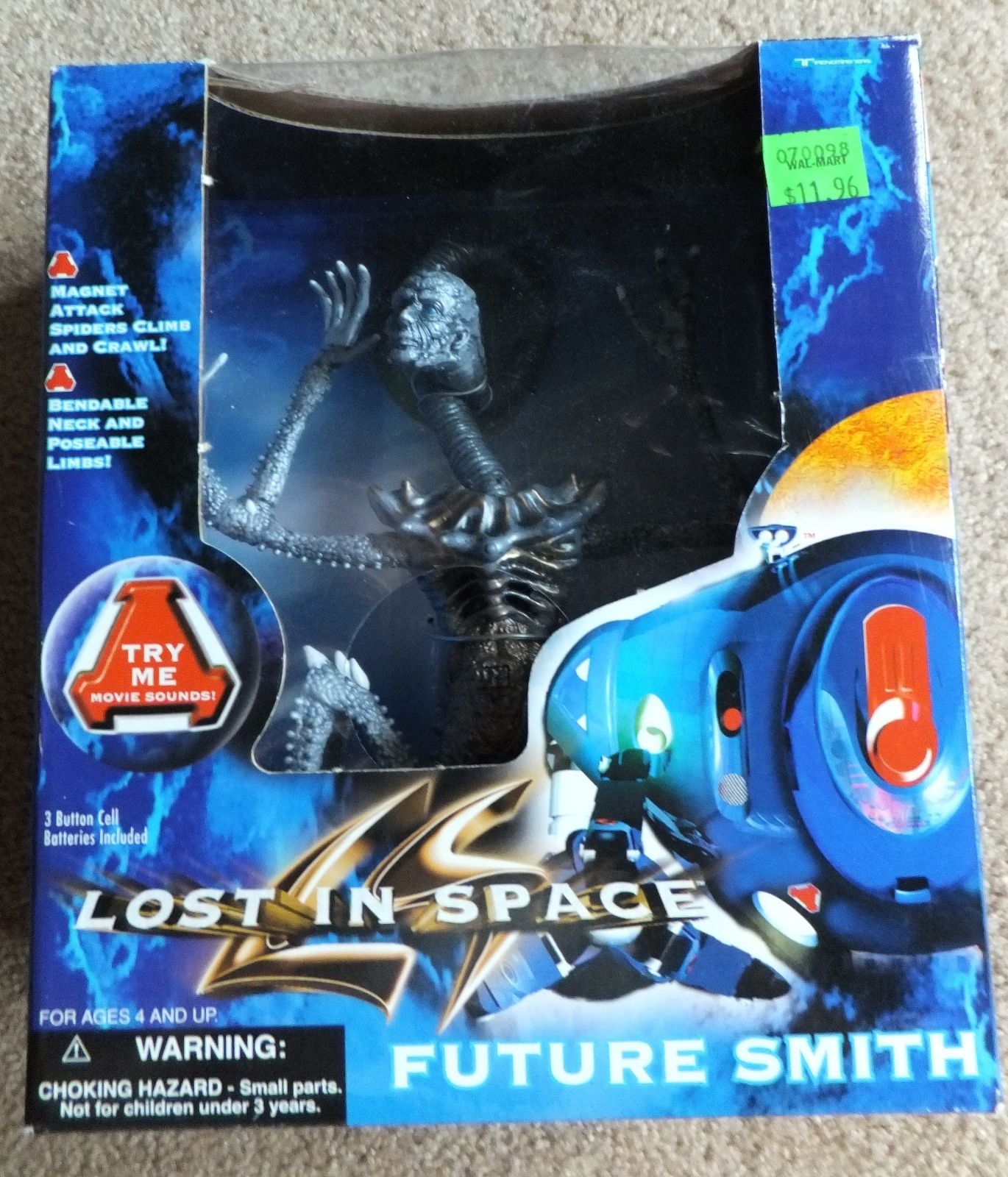 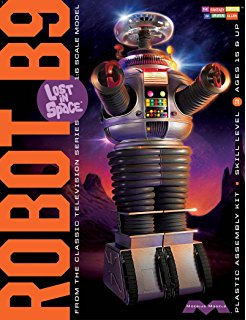 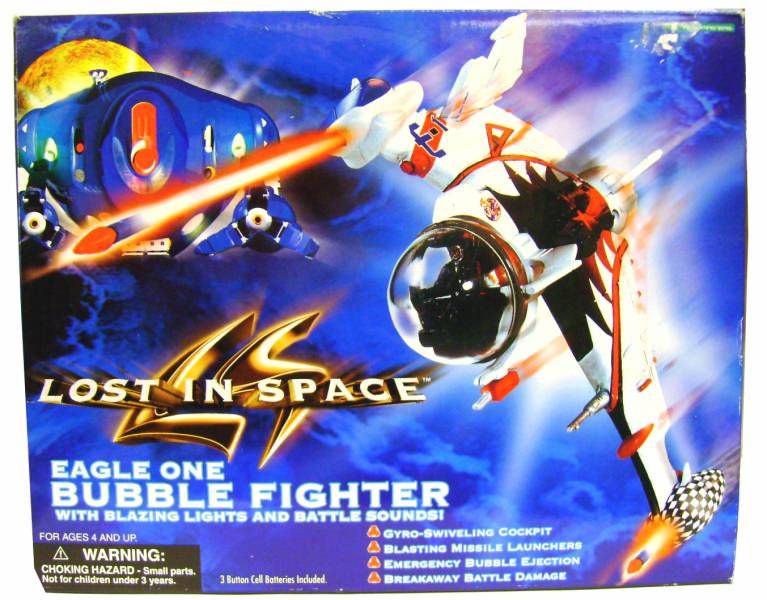 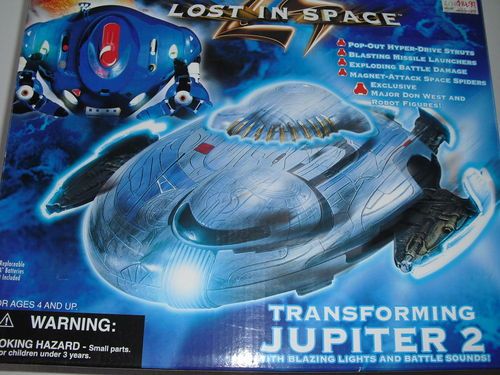