In 2000 Medicom released a line of extremely detailed Planet of the Apes figures for the Japanese market, finally giving fans something they could be proud of owning and displaying. However, unfortunately they had little in the way of articulation, with only the neck and shoulders being jointed, otherwise they would have been perfect. 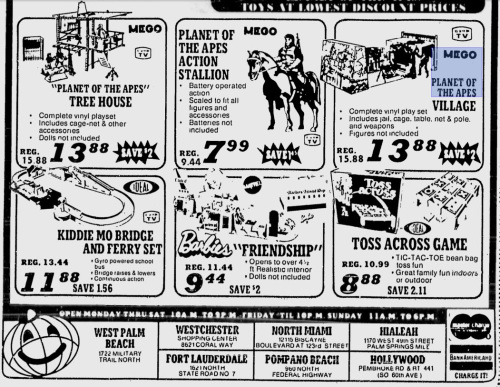 These figures were initially  only available in Japan,but they proved to be so popular and due to a high demand they were later released to the American market through Diamond Comic Distribution and the Previews catalogue in 2002, hence the confusion in the release dates.

The series consisted of 19 figures plus some variants over 6 series, spanning all five of the classic movies and the short lived TV series. Three of the figures were short packed making them rarer than the others, these were: Soldier Ape B, chimp Land Ape and a repainted Cornelius with a brown rather than green outfit. 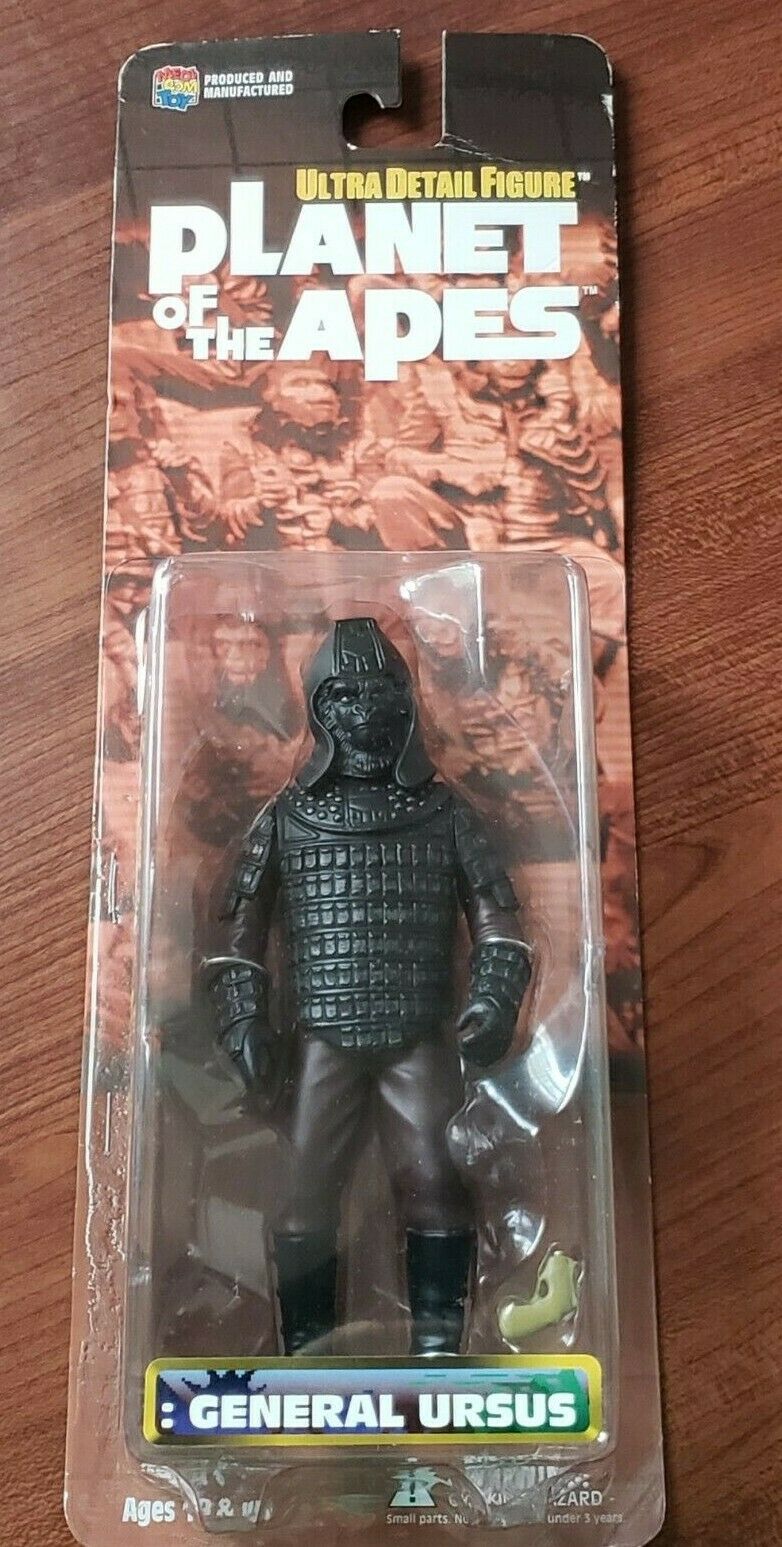 As well as the collectors action figures Medicom also released a series of their popular Kubrick mini figure brand. Seven sets were released based on the rebooted and re-imagined Tim Burton 2001 movie.

These figures are pretty cool, and very popular with collectors as the resemble the Lego Mini-figures in style and are produced in limited numbers and never re-released. What makes these even more collectible is that MediCom focuses primarily on the Japanese market, to the extent that MediCom’s online store ships only to Japanese addresses. 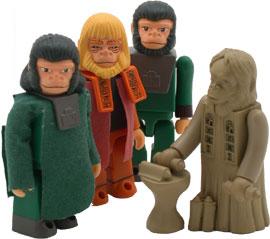 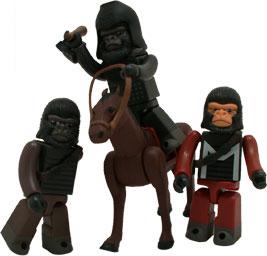 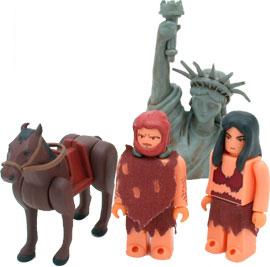 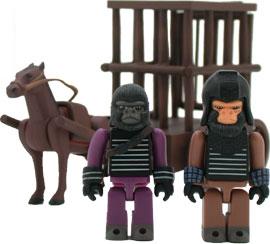 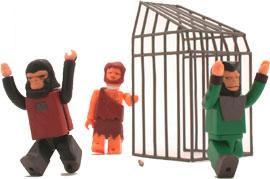 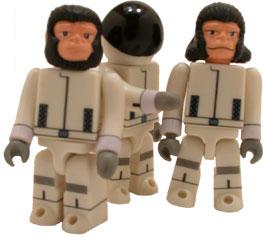 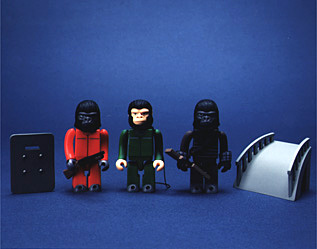 (each figure has a replaceable helmet head with ape face too!

Planet of the Apes Be@rbrick Figures

In 2019 Medicom released a number of Planet of the Apes figures in their popular Be@rbrick brand of vinyl designer toys.

Initially they only release Cornelius and Kira, available in 100% and 400% sizes, with the 100% figures only available as a double pack. 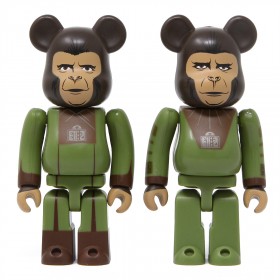 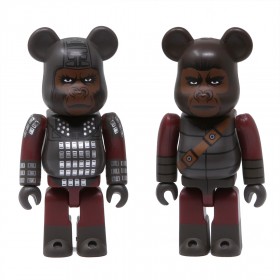 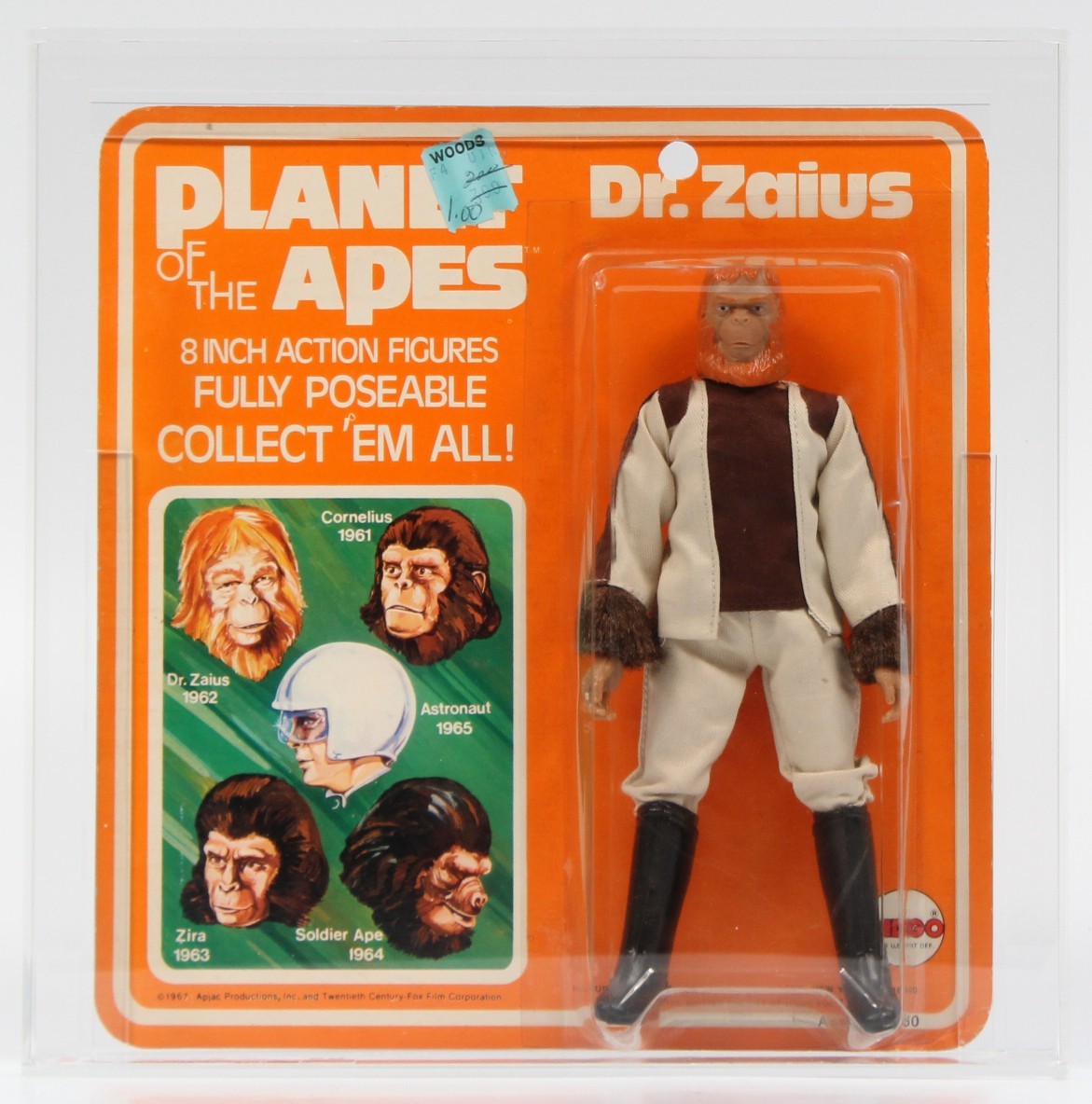 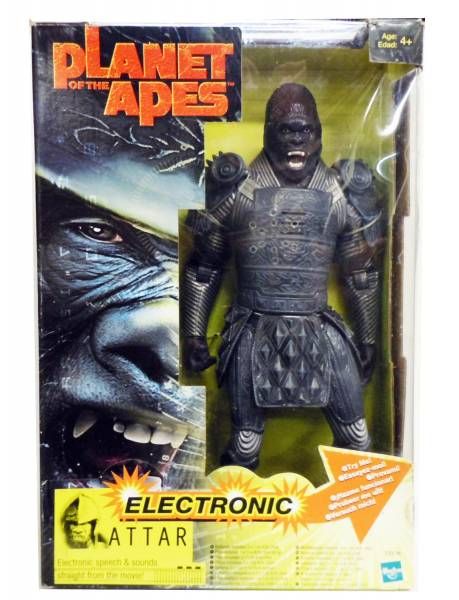