The Mego  James Bond Figures, which were  based on the Roger Moore Moonraker movie, were released in 1979.

After missing out on the Star Wars license Mego seemed intent on not missing out on signing another lucrative movie license and as a result license just about every sci-fi movie released, but unfortunately despite their efforts and many attempts none really paid off.

However one of their better releases during this period was their James Bond Moonraker line.

A Jaws figure, with a magnetic mouth, was also released later after some production setbacks, as a European exclusive, much to the disappointment of US fans and collectors. Another European exclusive was the Deluxe James Bond with a full hard plastic space suit.

Surprisingly the actual James Bond doll is the easiest (and cheapest) to track down in the line, with Holly and Drax being a little fewer and farther between.

As such, while you can typically purchase a Bond in the package for $50 - $200 (depending on condition), the other two go for a little more, typically ranging from $75 - $300. Because of their region exclusive nature, the deluxe Bond and Jaws are much harder to find, and you can expect to drop anywhere from $750 to $1,000 on them.

Mego had big plans for this James Bond Action Figures line including a 3 ¾ inch series with vehicles, including a Moonraker Jet boat, Space Shuttle and a Moonraker Helicopter as well as a number of 3 ¾ inch figures, but sadly these were never produced. 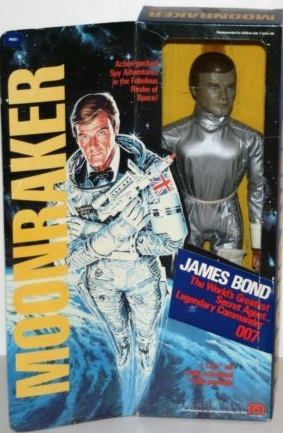 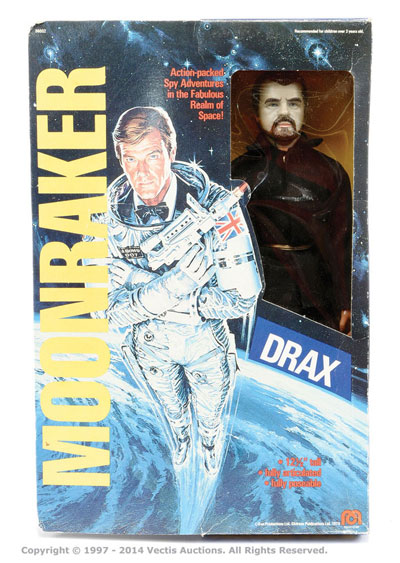 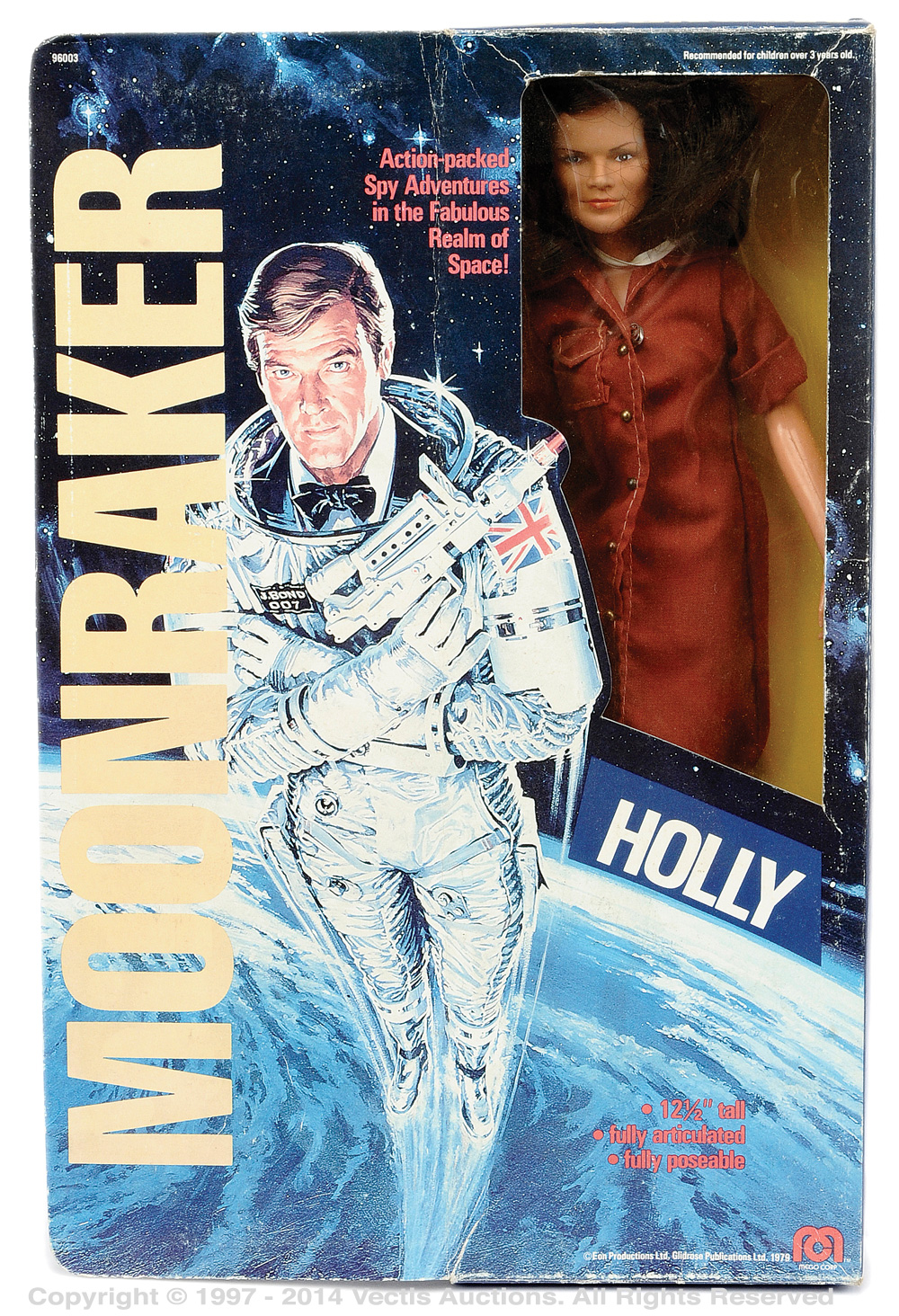 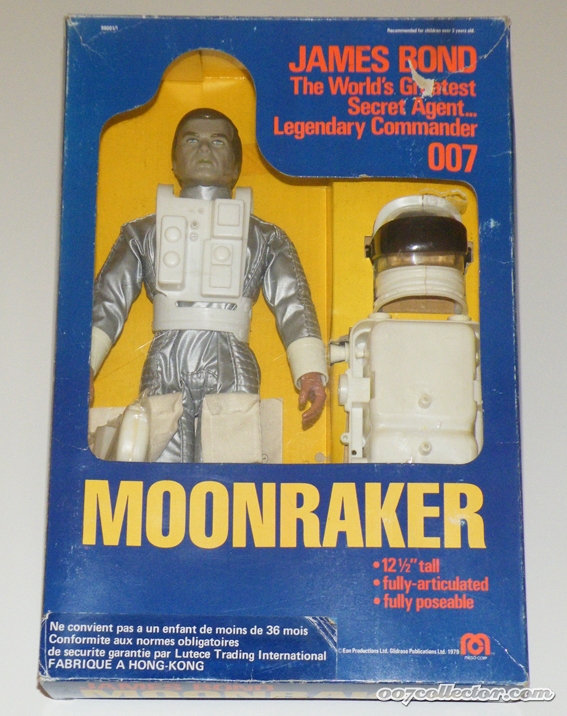 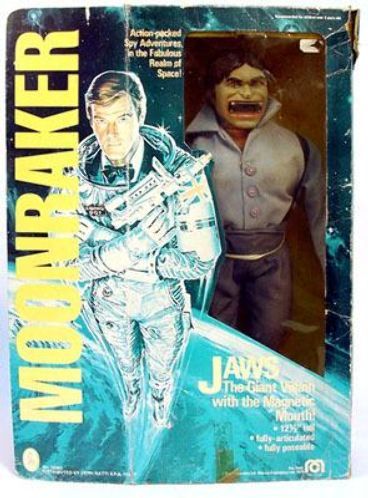