Konami of Japan released a set of miniature Battlestar Galactica figures in 2005. These "trading figures", as they are often referred to, are very popular in Japan. Each figure is packaged in a "blind" box so it is impossible to tell which one you are getting until you open it, much like a pack of trading cards or collectible card game.

These trading figures were based on the original show and featured a Cylon Warrior, Cylon Commander, Cylon Basestar, Cylon Raider, Viper, Galactica, Atlantia, and Pegasus.

The Atlantia, Pegasus and Cylon Commander figures were much harder to come by than the other figures as they were produced in much smaller numbers and have become more collectible and valuable.

Each of these miniature plastic figures were from 2" to 5" long. 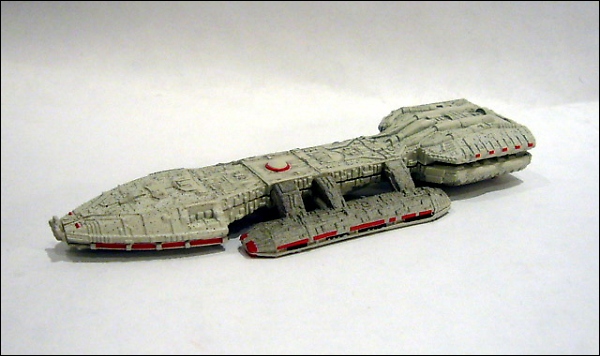 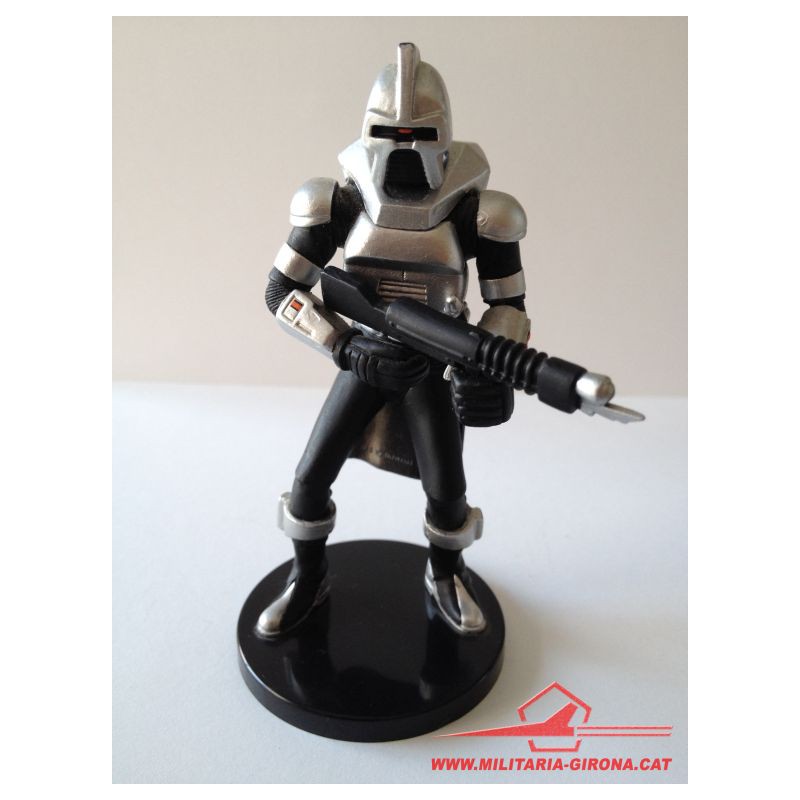 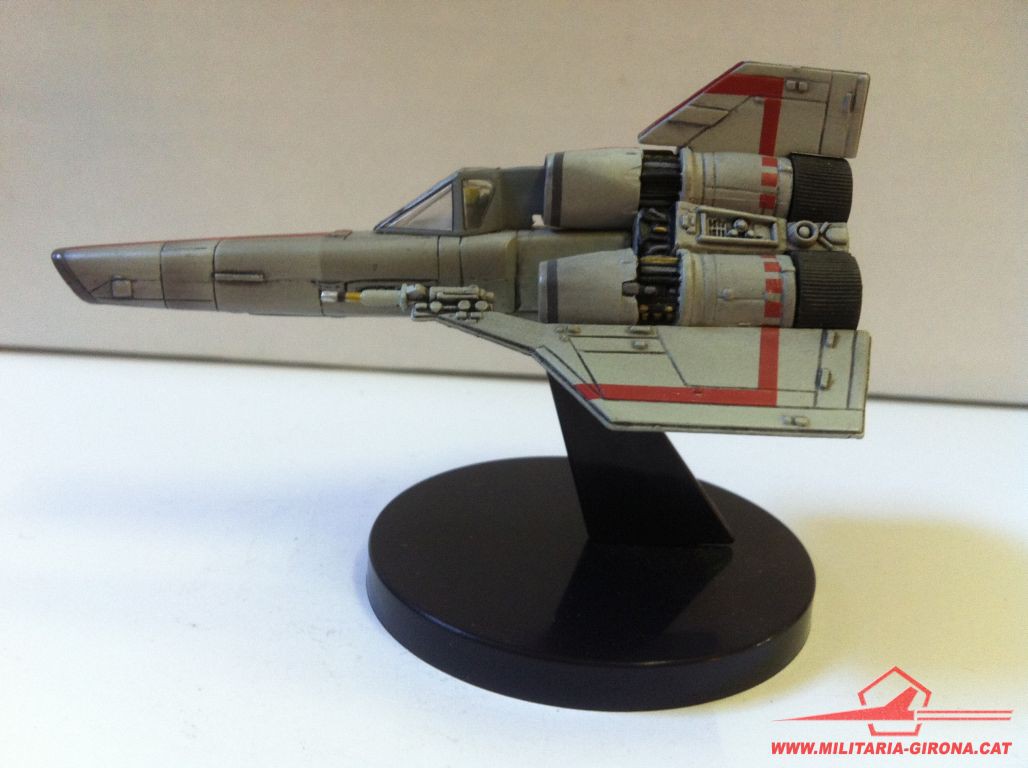 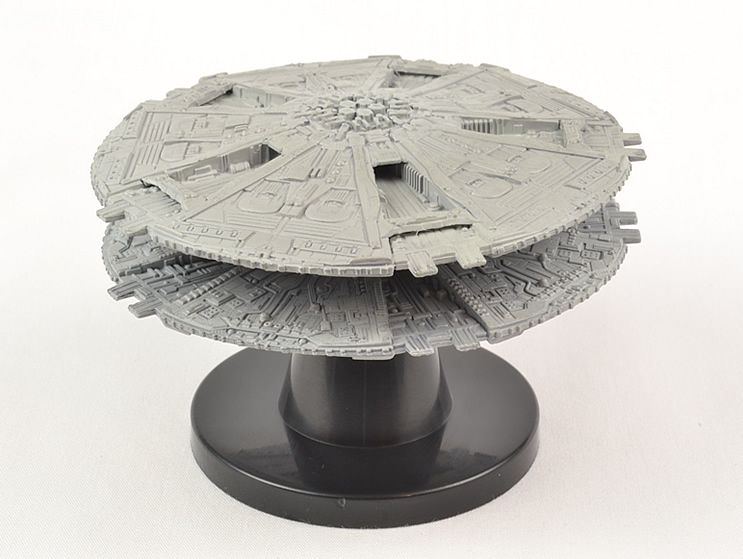 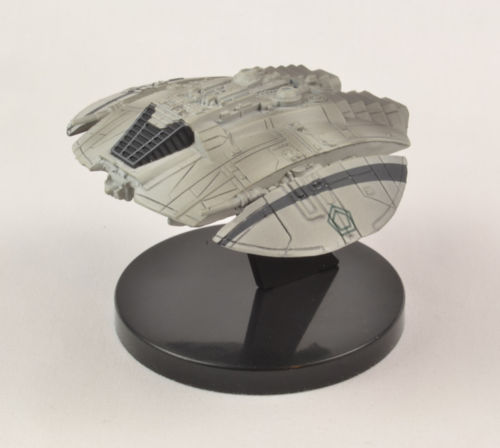