What are the Most Valuable Action Figures?

Most people would probably assume that the most valuable or expensive action figure in the world would be a Star Wars figure, however you would be wrong!

In fact NONE of the top 5 figures (at the time of publishing this article), are from Star Wars!

So what are they?

Read more to find out!

Don't forget to check out my other TOP TEN figures at the bottom of the page!

One day you’re a blobby-faced alien making a brief appearance in Return of the Jedi, the next, you’re a collectible action figure worth a cool thousand dollars or so. How? Courtesy of our friends at Kenner, of course. Yak Face was one of the very last figures produced before Kenner canceled their entire Star Wars line in 1985. Poor Yak Face never made it to shops in the U.S. at all. 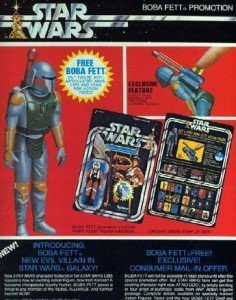 Yup, it’s another Kenner misstep. This time, it’s a Boba Fett figure equipped to fire rockets from his backpack. Such things are everywhere today, but back in the ‘70s they weren’t so common. Kenner swapped the firing rocket for a glued-on part after a child allegedly swallowed a projectile from a rocket-firing Battlestar Galactica toy and choked. Officially, the “killer” version was never released, but a few prototypes somehow reached the market. Today, they fetch as much as $2,000. [ UPDATE: The most recent auctioned Rocket Firing Bobba Fett sold for $30,000 at private auction.

1970 Jawa figure originally came with a vinyl cape. But the manufacturer, Kenner, felt consumers would feel he was cheaply made. So they redesigned the cape, making it out of fabric… and once again, inadvertently creating a hugely valuable collectors’ item. Jawa with a vinyl cape can fetch $2,000 – if it’s real. Due to the simplicity of adding any old vinyl cape to a later Jawa figure, fakes are everywhere. 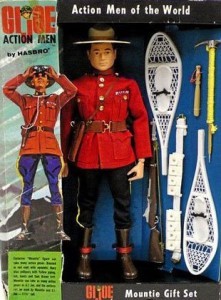 You might think of G.I. Joe as a U.S.-centric line, but this Canadian Joe made it to the shelves of department store Sears in 1967. Wearing the distinctive red coat of the Mounties and equipped with a diverse range of accessories including snowshoes, an ice pick, and his trusty M1 rifle, one collector price guide puts the value of a boxed, complete Mountie Joe at around $4,000. 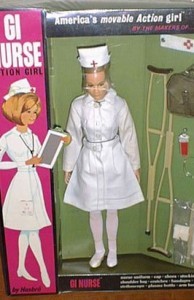 Yep — and she didn’t have to wait until the era of political correctness, instead showing up all the way back in the enlightened days of 1967. Sadly, she was a bit before her time. The world was not yet ready for a female G.I. Joe, and the figure flopped, due in part to toy stores who didn’t know whether to put her with the war toys or the Barbies. Nowadays, a boxed example can fetch as much as $6,000. 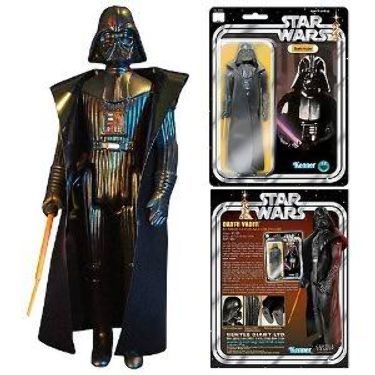 Back in 1978, when Star Wars action figures were first hitting the market, the Luke, Obi-Wan and Darth Vader figures all came equipped with a cunning telescopic light-saber accessory. Clever though it was, the mechanism was fragile and the effect unconvincing, so manufacturer Kenner hastily redesigned the figures — and a collectors’ item was born. An original telescoping light-saber Darth is worth around $6-7,000. 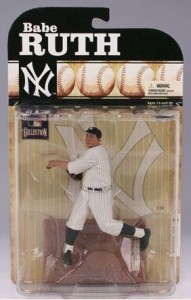 At first glances, this looks like another McFarlane Toys ‘Sports Picks’ line, but this one’s special he’s wearing a blue hat. A blue hat?? Only five of these unique Ruth's were made. Two are in McFarlane Toys’ archives; three were released to the public hidden among shipments of regular Ruth's. The first turned up on eBay and sold for a stunning $13,600. 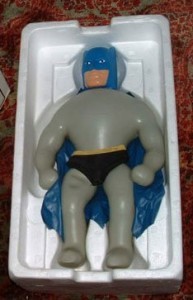 Looks like Stretch Armstrong, stretches like Stretch Armstrong, but this Batman figure was produced by a rival toy company called Mego, along with stretch versions of characters like Donald Duck , Mickey Mouse, and Casper. Kenner was less than impressed, and Mego was forced to drop the line. Only two Batmans are known to have survived, stretching their value up into the $15,000 area. 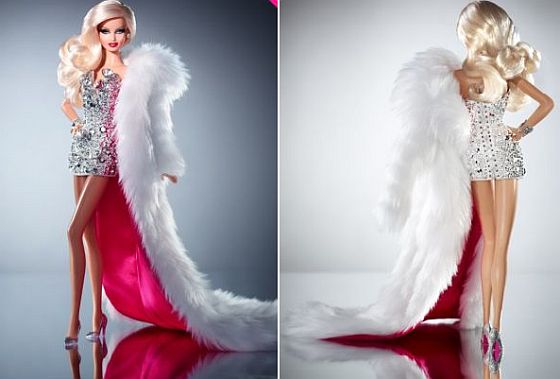 Designed by the diamond magnates at De Beers, this Barbie’s dress is encrusted with 160 genuine diamonds, and her jewelry is real gold. Costing $85,000 – We know diamonds last forever – but if you buy one, and your credit card bills will last forever, too. 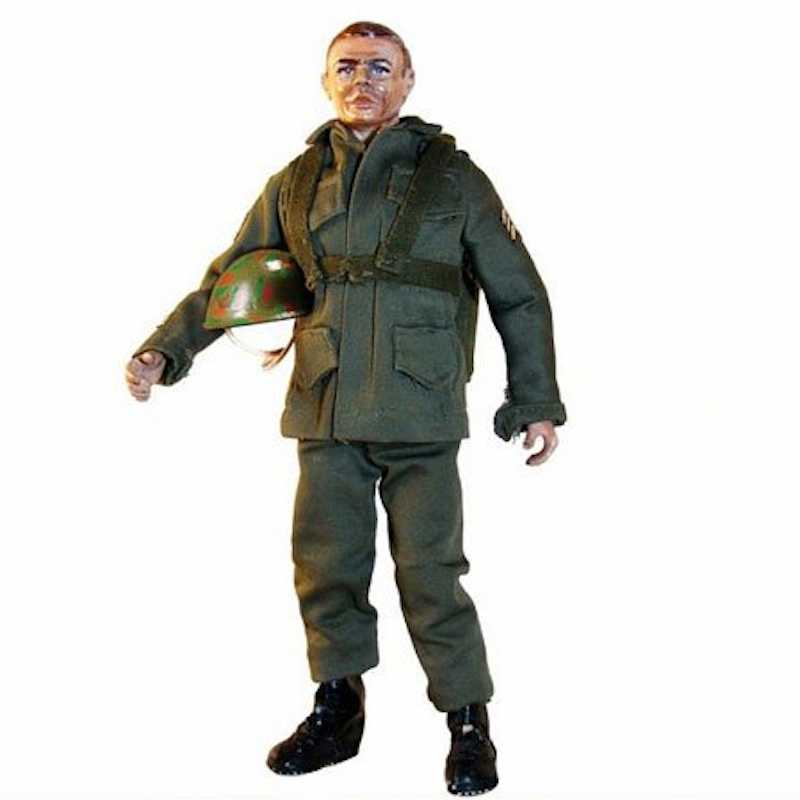 The most valuable action figure of all time is this 1963 prototype G.I. Joe. Handmade by series creator Don Levine, he sold for auction in 2009 for $200,000. And given that he’s a one-off, he’s pretty unlikely to be lurking in your attic, unless your attic is also the Gepps’s Entertainment Museum in Baltimore, MD, which is where you’ll find this number-one Joe on display to the public.