The Munsters Dolls and Action Figures

The Munsters was a popular American sitcom based on the daily life’sof a family of monsters, wirh Herman Munster and his wife Lily Munster, being the central characters.

The show ran from September 1964-1966 in direct competition to ABC’s The Addam Family for a total of 70 episodes and several spin-off movies. A pilot also aired in 2012 for a modern day reboot but due to disagreements on its format NBC never picked it up.

In 1998 Exclusive Premiere released a line of three Munsters figures featuring Herman Munster, Lilly Munster and Grandpa. Each of these 9-inch figures were limited to 12000 0f each and were individually numbered on the front of the packaging. 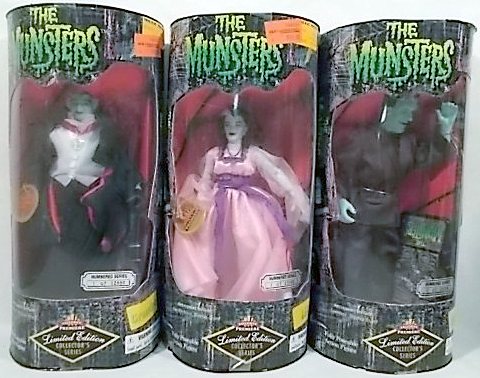 The Majestic Studios released a line of 12-inch 40th. Anniversary Edition action figures in 2004 based on the unaired pilot of the series, officially licensed by Universal Studios. The line included five figures: Herman Munster, Lily Munster, Marilyn, Grandpa Munster and Eddie. This figures are currently selling for approx. $60 apiece at retail, although I have seen some selling for $30 or less on eBay, I’ve even seen some sets selling for around $70! 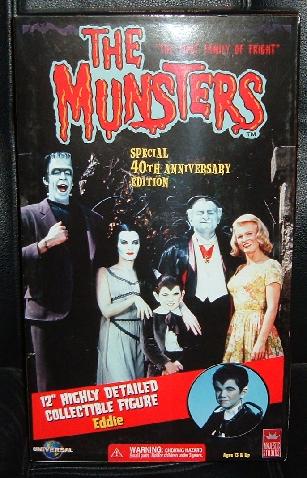 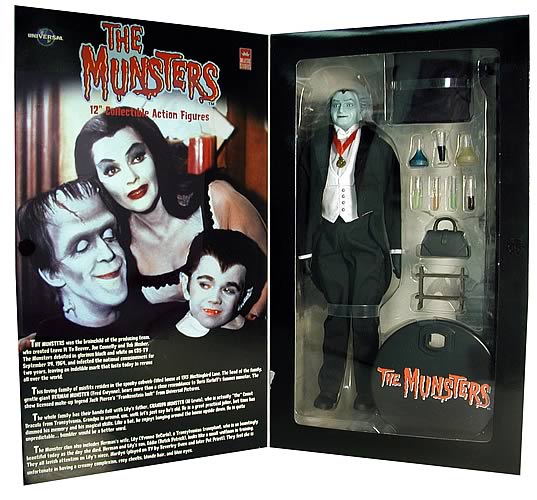 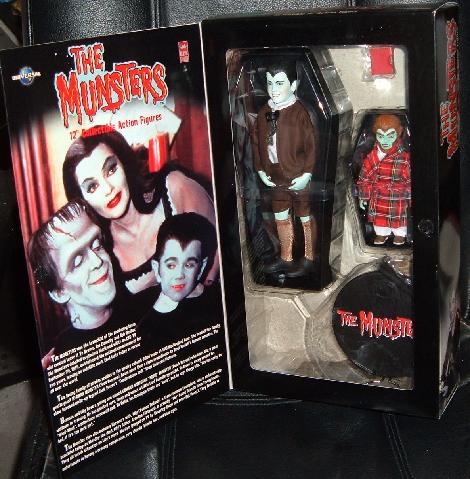 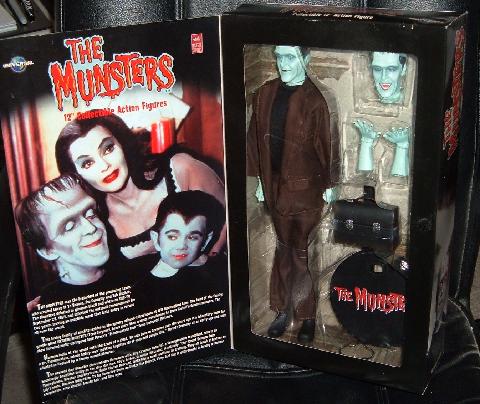 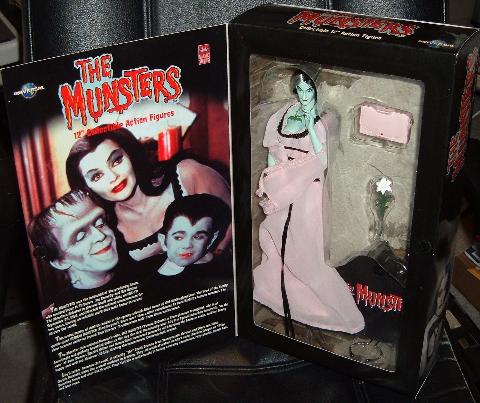 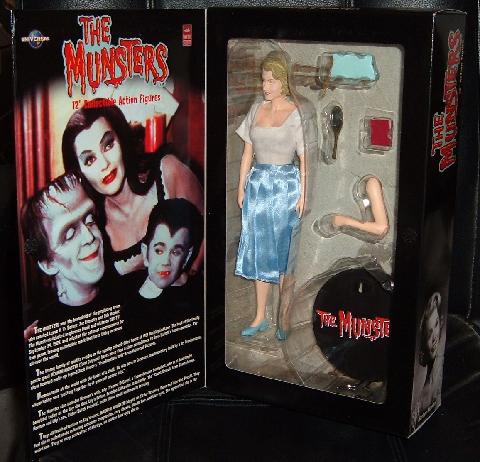 The Munsters from The Figures Toy Company 2004 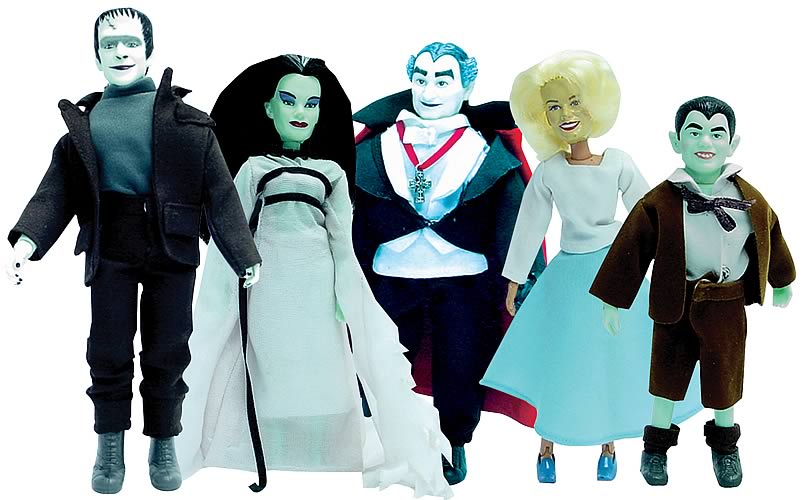 2004 was a good year for Munster fans because as well as the Majestic Studio line of figures The Figures Toy Company also released a series of Munsters figures.

This line of 5 retro style figures included Herman and Lily Munster, Grandpa, Eddie and Marilyn.The packaging for these figures was designed to resemble a wall complete with crack. Each of the backer also featured a circular image of the other figures in the set. These figures seem to be selling for $15-$30 so make sure you shop around and don’t get duped!

In 2011 DST further delight fans with a further line of Munsters action figures, these probably being the best released to date. The first three to be released were Herman, Lily and Grandpa with Marilyn and Ediie released a year later as a double pack only. As well as the mass retail versions DST also released a Select set of the figures with extra accessories.

This figures are still fairly easy to get hold of on the internet with most stores selling them for around $20 a piece, including the double pack.

DST also produced black and white versions of the figures which retail for as little as $75 to a high of $300 so be careful out there!

In fact the last time I checked it out these were still available the the DST site for $75! 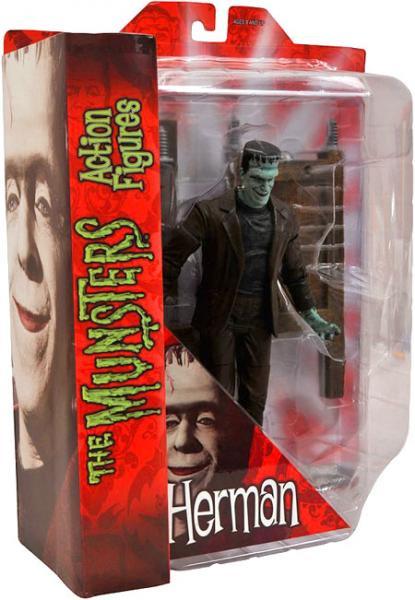 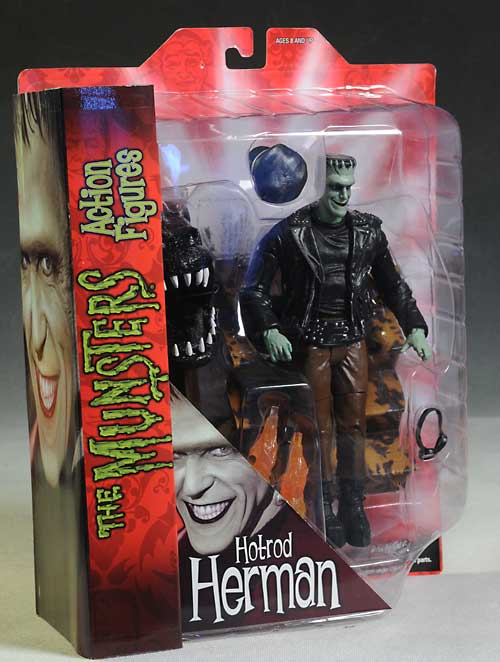 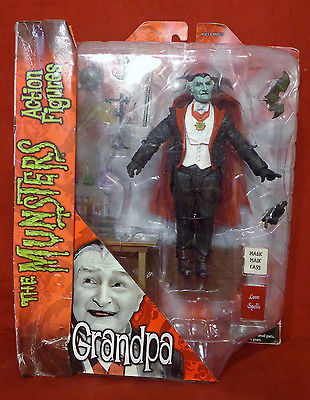 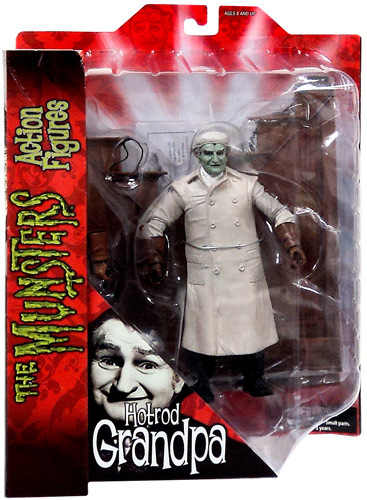 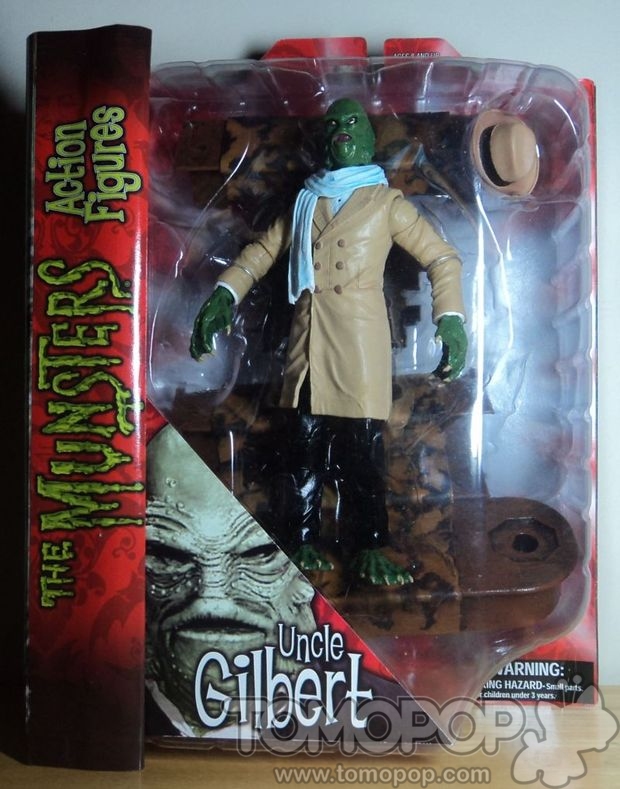 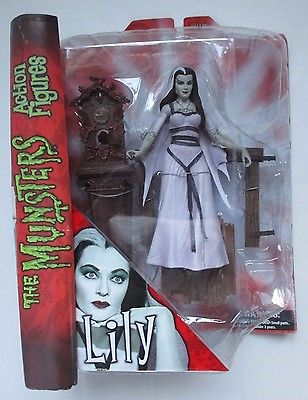 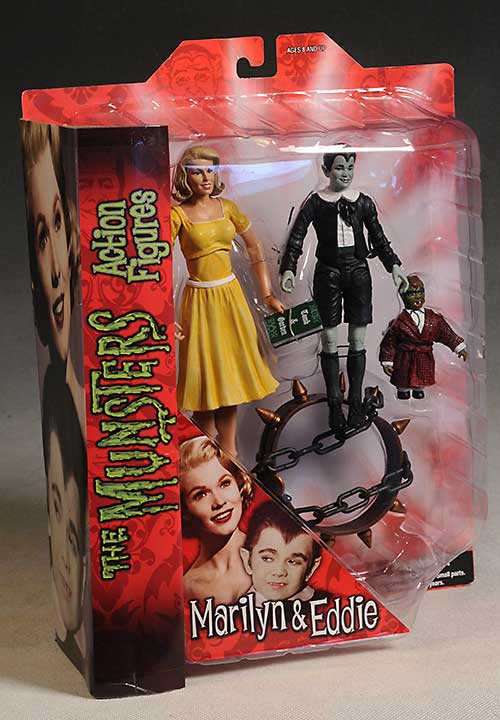 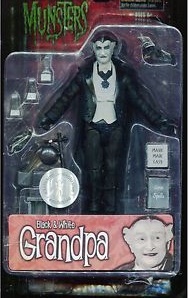