Whatever Happened to Toy Biz?

I well remember Toy Biz from my childhood and some of the action figures they produced, particularly their Marvel and X-Men lines. But whatever happened to them and how did their legacy help shape the industry?

Early on ToyBiz produced a line of DC Comics Superheroes, most of which were poorly designed and many of which had sculpts suspiciously similar to the earlier Kenner Super Powers Collection. They were also the first company to make toys based on the 1989 Batman movie license which later passed to Kenner.

In 1990 they produced the Marvel Superheroes figures, which were similar to Mattel’s Secret Wars line from 1984.

1993 and in a move that would change the way comic toys were manufactured and marketed they signed an exclusive, perpetual royalty-free license to produce toys of all Marvel products.

At the time, Marvel were in the midst of their first major, unified push towards multimedia with several new animated shows, more and better video games and a greater focus on big, flashy comic book crossovers. ToyBiz had struck a goldmine of what was about to become immense action figure demand. This was greatly helped by the presence of Avi Arad who not only worked with ToyBiz but was in charge of Marvel’s animation division. Arad would remain a key figure, overseeing many of the earlier Marvel movie tie-in figure lines until 2006.

In 1991 they released the first X-Men line, based on their costume appearances from the 80’s. Later series’ tied in with that year’s superstar artist Jim Lee’s renderings of the all new X-Men comic. A year later and the X-Men cartoon was released, finally bringing non-comic fans a taste of adamantium. The next few years of ToyBiz X-Men figures either tied in with the multiple mutants in animated form or more obscure ones appearing in the ever-expanding roster of X-books.

Spider-Man followed suit in 1994 and received a similar and just as popular figure line. Fantastic Four and Iron Man also got cartoons and figure lines that year, although less versatile and less popular than Marvel’s two mainstays of Spidey and X-Men. These were simple, colourful playthings aimed at ten year old boys with action features and poseable joints. They were marketed cheaply and in bulk focusing on the building of a giant collection of characters all in the same scale. There were lines of X-Force, Generation X and various characters from Wolverine, Cable, X-Factor and Excalibur. 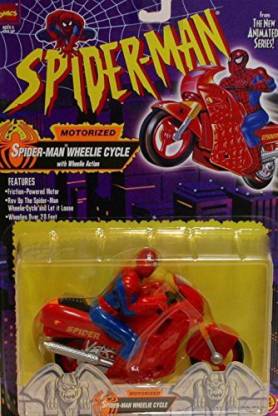 The lines were not without their long-term issues however, these would plague the industry for years to come. Later series came at a higher price per figure, packaged with enormous plastic accessories that had little practical function or even play application and rarely lent themselves to the authenticity of the comics. Examples of straight-out ludicrous vehicles like wolverine’s jeep and Spider-Man’s motorcycle were commonplace. I mean why would they even need a jeep or motorcycle? 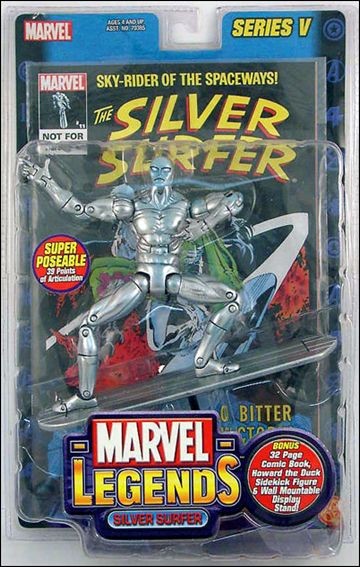 In 1996 and 1998 respectively The Incredible Hulk and Silver Surfer got their shows and toys, but by this time Marvel themselves were in trouble. The bubble representing the sudden, renewed interest in comics had burst and there were too many books out there not making enough money. In 1992 they had lost seven major artists who went off to form Image, instrumental in the 90’s comic boom, and after the inevitable slump Marvel filed for Chapter 11 bankruptcy in 1996.

There were various legal issues at the time involving Ronald Perelman owner of Andrews and Forbes and Carl Icahn of Icahn Enterprises grappling for complete control. In the end ToyBiz owners Ike Perlmutter and Avi Arad retained control of Marvel with the banks in their favour. It was thus ToyBiz that effectively saved Marvel at this time, merging with The Marvel Entertainment Group to become a division of the resultant Marvel Enterprises.

Other lines had been created along the way with Hercules and Xena’s Legendary Adventures being notable. They also gained the coveted Lord of the Rings license which were immensely detailed and brimming with accurate accessories with each consecutive movie yielding better sculpted likenesses.

Over the next decade the comic line was refined, the alternate Ultimate universe versions of Spider-Man, X-Men and Avengers made for several immensely popular series of books and most importantly Marvel began leveraging their intellectual properties out to various movie studios precipitating the first real series of Marvel comic book superhero movies. 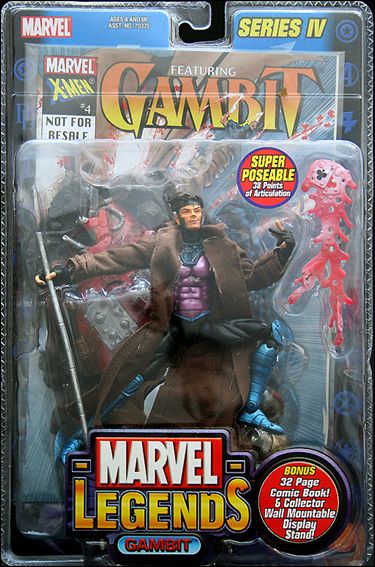 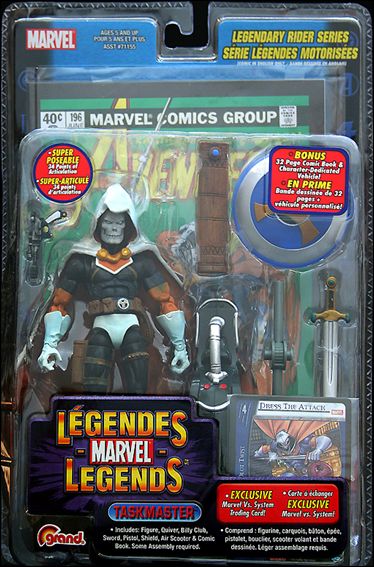 This began with Blade in 1998. By the time the X-Men and Spider-Man came along, ToyBiz were ready with various lines of movie figures. Hulk and the Fantastic Four followed.

In 2002 spinning off from their Spider-Man Classics line they began Marvel Legends. This was a masterstroke as it allowed Toy Biz to replicate their previously limitless cavalcade of Marvel characters from the iconic to the obscure. All retained a six-inch scale that their popularity made an industry standard for the time. They came in clamshell packaging with lavish accessories and usually a comic reprint. These also tied in with the scale and detail of their movie lines allowing lesser movie characters like Daredevil, Punisher, Elektra, and Ghost Rider to get comic likenesses rendered. 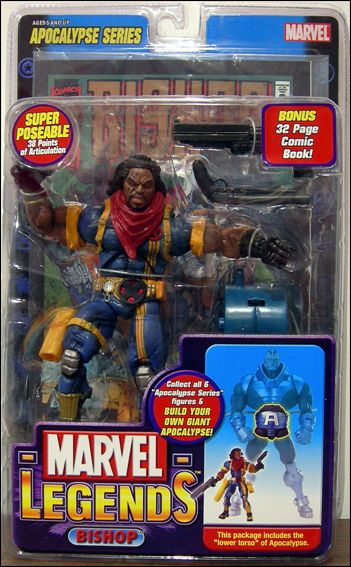 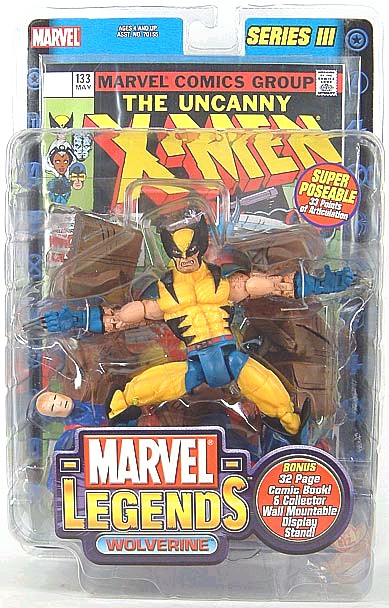 Marvel Legends spanned five years and fifteen series’ plus two-packs, gift sets and store exclusives with over 109 unique figures, adored by children, prized by collectors and fetching often crazy money on the secondary market. This was because often they were the best or only figures in this scale with this level of detail of some of the more cult favourites of the Marvel universe like Deadpool, Hawkeye and Iron Man in his Hulkbuster armour. They also continued producing Spider-Man and X-Men figures in their own series to the same scale and detail.

ToyBiz also ran with the premise of chase figures, producing limited case numbers of the less well-known characters and frequently recoloured or alternate head variant figures, which became instantly sought-after by collectors. As of series 9 a super-sized build-a-figure component part was included in every individual figure in the line, the idea being that if you wanted a massive Galactus you would have to track down and buy each one in the assortment. This maintained interest in the line with an attentive and fervent market of adults, and Marvel Legends gained a huge presence on eBay and other collector’s sites as a result. 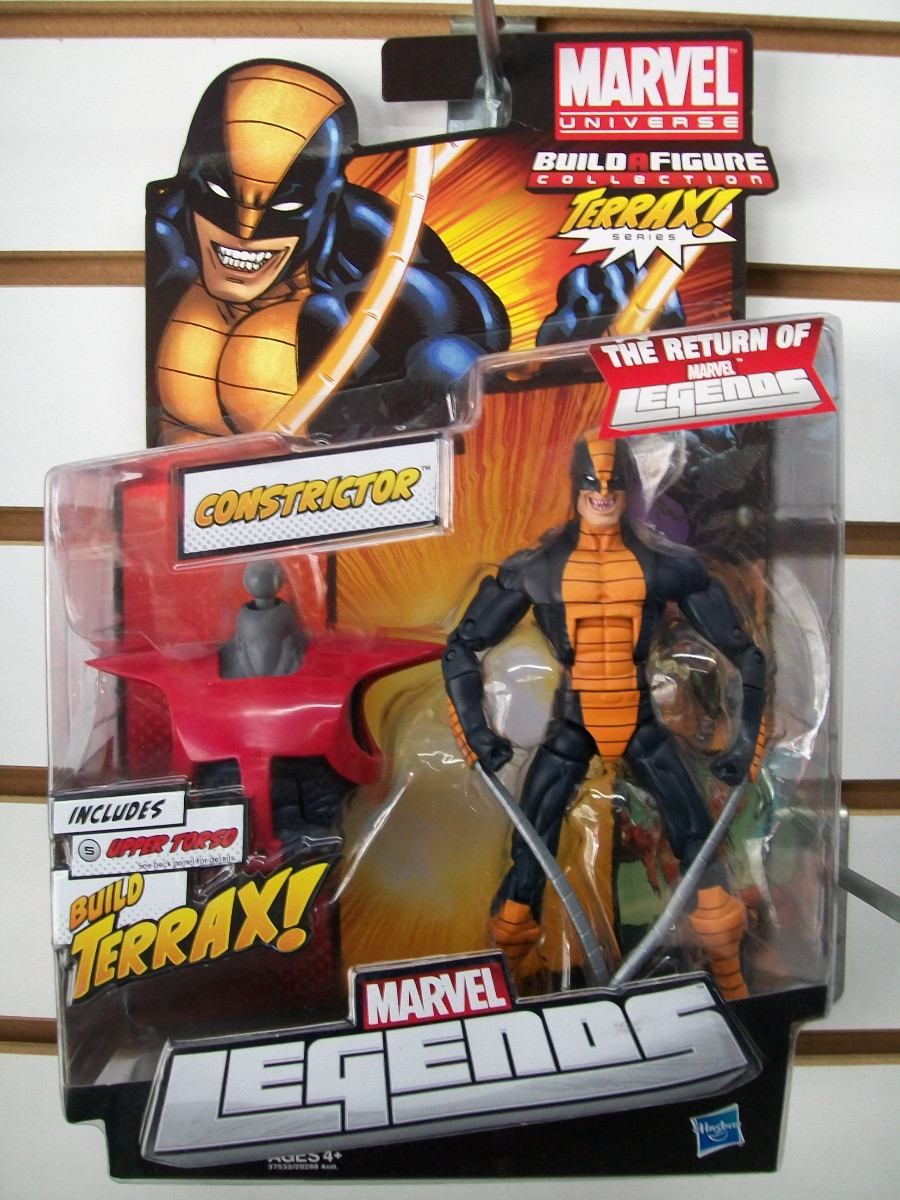 In 2007 Marvel were in difficulty once again as the revolution of the internet hit mainstream. The digital age necessitated that they take their immense back catalog online with Marvel Digital Comics unlimited.

Toy Biz became Marvel Toys and the rights to produce figures for all the new movies as well as Marvel Legends were passed to industry giant Hasbro. Hasbro revised several aspects of the Legends line including detail, sculpt, accessories, packaging, build-a-figures and comics leading to a decline in interest and sales. However, in 2012 by fan demand and to coincide with the run-up to The Avengers and the renewed interest in Marvel’s wider universe Hasbro returned to the more classical sculpt style and scale with the original Toy Biz Marvel Legends and the line continues apace to this day with figures from the new movies aimed at collectors and crucially separate toy lines for children with their smaller scale, superfluous rocket launchers and a million crazy, made-up Spider-Man costumes. 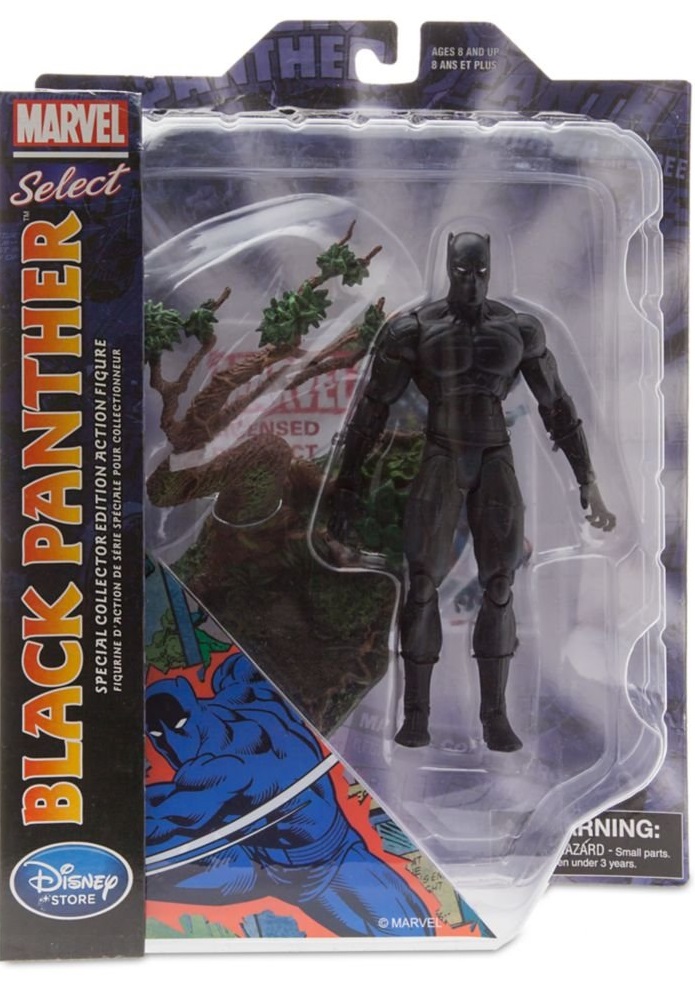 In 2009 Marvel Entertainment were acquired by the Walt Disney company for the same $4 billion figure with which they acquired Lucasfilm three years later. This helped along the multiple-film, multiple character, multiple-license universe of The Avengers, under the umbrella of Disney.

Toy Biz or Marvel Toys as they are now known have greatly diminished their output, cancelling their non-Marvel Legendary Comic Book Heroes line after two series. It’s possible Disney will never utilise this brand again in any major way.

But whatever happens, their legacy of 1990’s Marvel figures for kids and Marvel Legends for those same kids, now all grown up will absolutely remain two massively influential periods in action figure history.