Vintage Toy Biz Vault Guardsman came in the Spider-man Techno Wars series which was the ninth series of Spider-man the New Animated Series line of action figures and was released soon after series eight, Spider Wars, in 1996.

Techno-wars was the first series to have its own header title on the card, unlike the previous series, Spider Wars, which only had a card insert in the generic header cards. Another change to the header cards was that the individual picture for each character was replaced with a generic Spider-man artwork that all five of the character cards sported, but as with the previous series all the figures in this wave were also from the animated television series.

The Vault was a high-tech prison where the world’s most dangerous super-villains were kept. Each of the Vault’s stalwart guardsmen had incredibly advanced battle armour, designed by Tony Stark, which is why this character was also featured in the Iron Man line. Each guardsman was skilled in a myriad of combat skills and a deep knowledge of each super-villain’s power.

The front of the backing card for this figure was generic to the whole line and featured excellent artwork of Spider-man swinging from building to building and the red on yellow block Techno-Wars logo to its left. 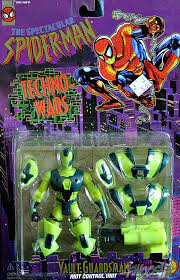 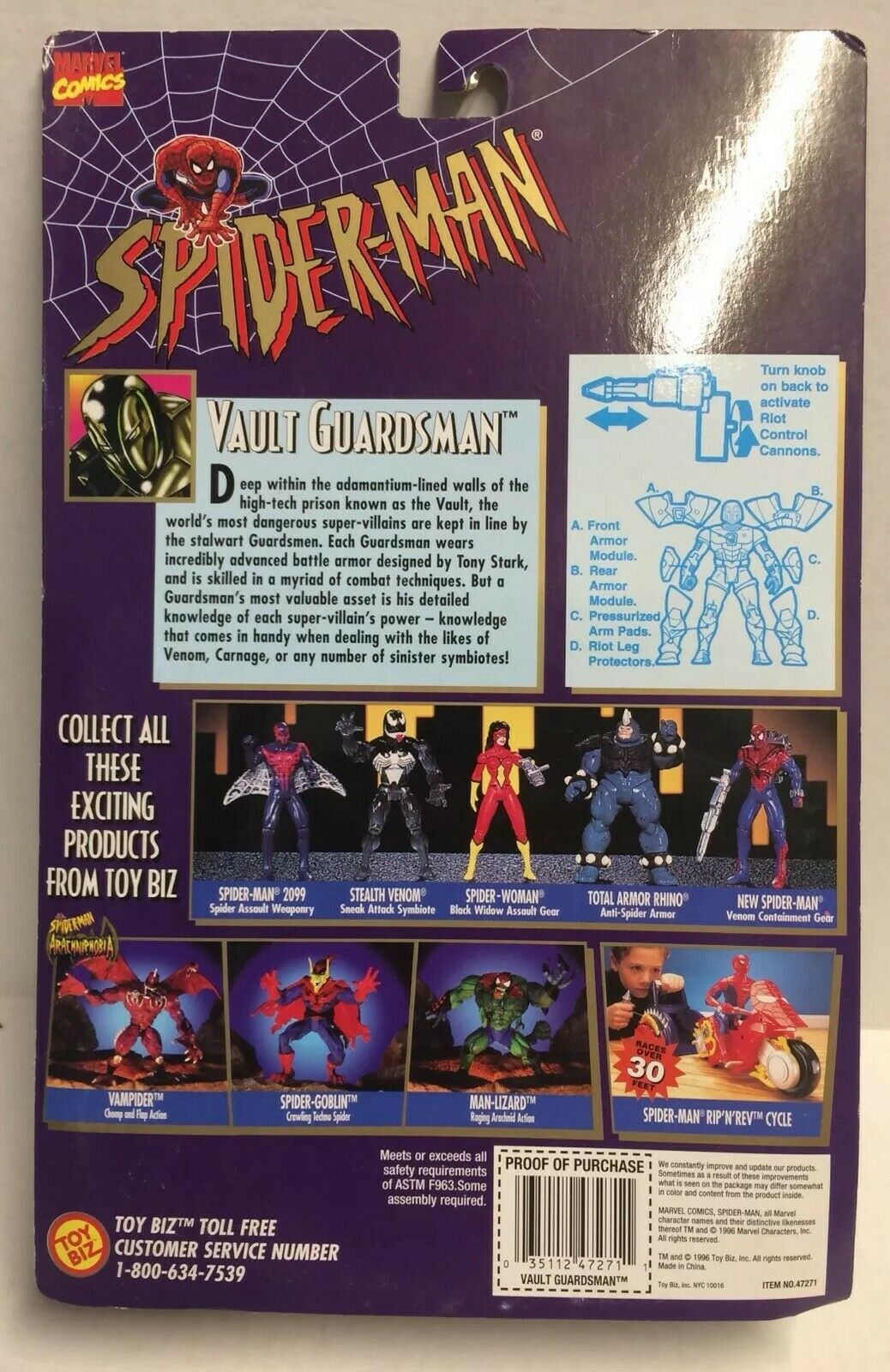 The figure itself was positioned in a traditional bubble, below this, taking up the bottom half of the card. Inside the bubble the figure was placed on the left with his accessories and riot armour on the right.

The reverse of the card had the Spider-man logo at the top and a bio of the Vault Guardsman below this and an instruction panel to the right of his bio showing how to attach his armour correctly.

Below this were two more panels featuring the figures from wave seven in the top panel and the figures in “Spider-man Arachnophobia” in the other panel, along with the Spider-man Rip n Rev cycle. 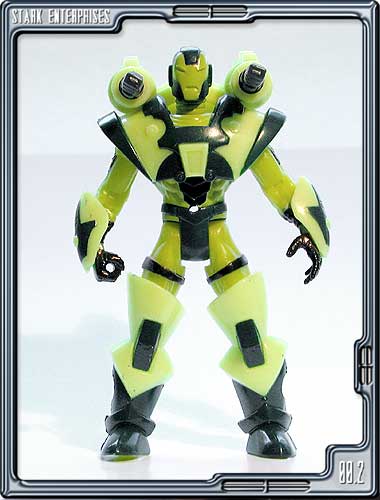 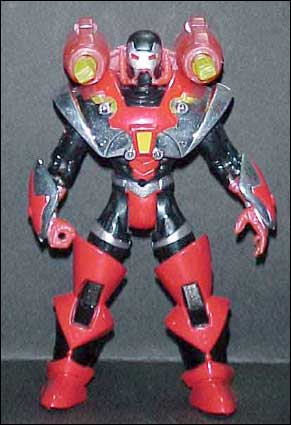 For this figure Toy Biz repurposed the Lava-Armor Iron Man from the cancelled wave 5 Iron Man line. The fact that he looked nothing like the guardsman in the series didn’t seem to bother Toy Biz at all, in fact they didn’t even bother to re-sculpt his head sculpt.

The Vault Guardsman was based on a character from the Lethal Protector comic storyline. The sculpting was very detailed, especially on his armour, which easily clipped into place and once on stayed in place pretty well, unlike many of the other Iron Man figures. His torso was painted a light lime green color with dark green padding and highlights. The paintwork was well applied with hardly any overlap or smudging. 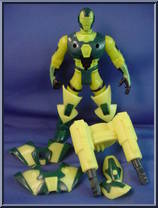 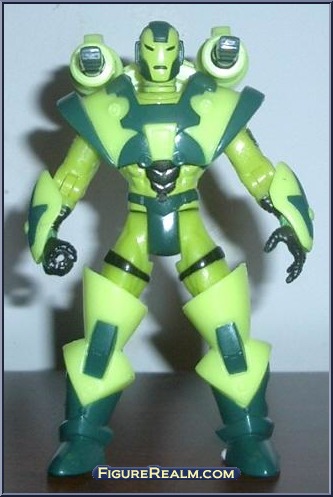 For accessories, as well as his removable armor, he had a set of two shoulder cannons, which simply used shoulder pads to sit on his shoulders. The cannons themselves didn’t have a firing mechanism but there was a dial on the back of the cannons that when turned made the rockets move to simulate being fired. 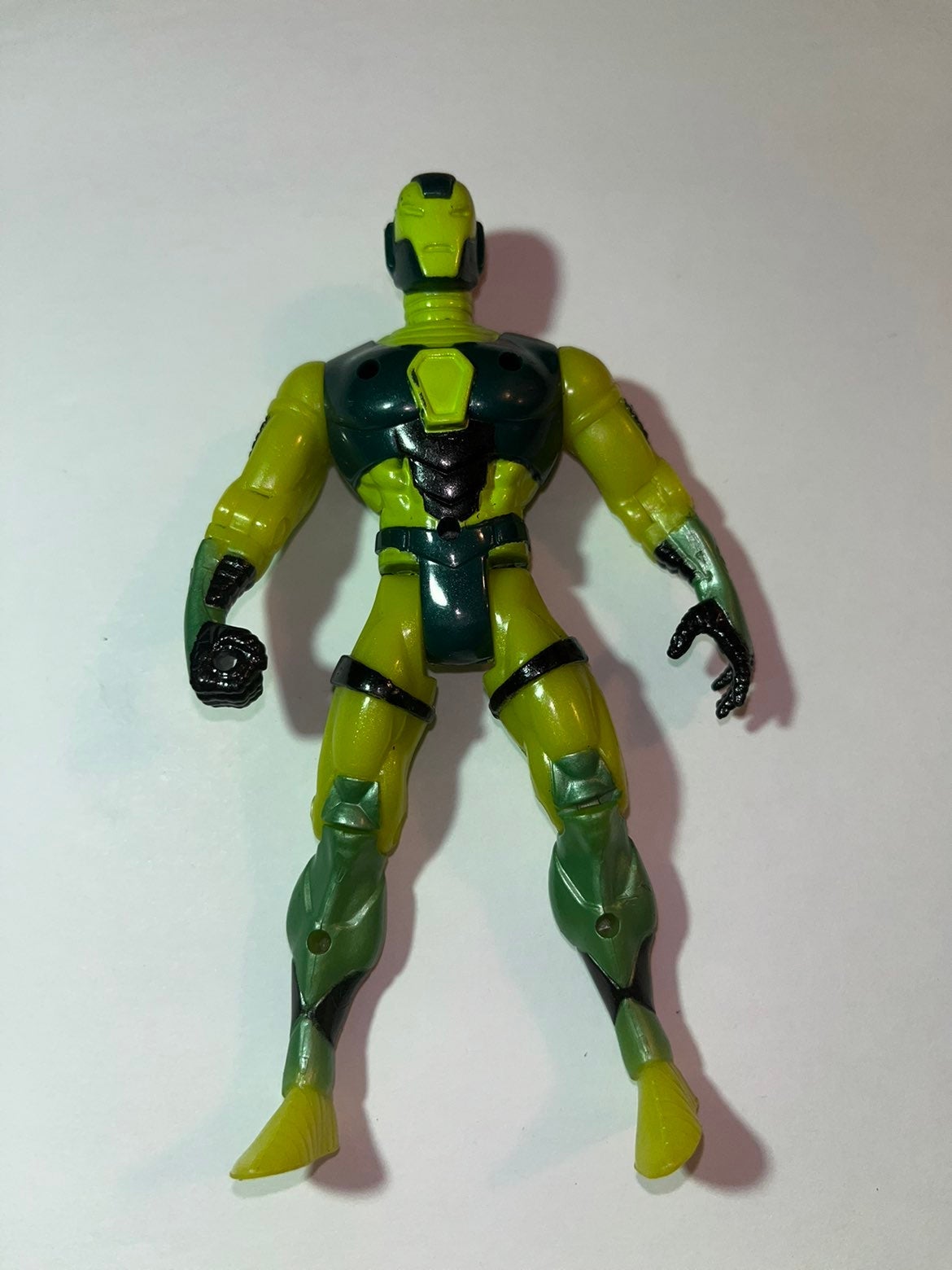 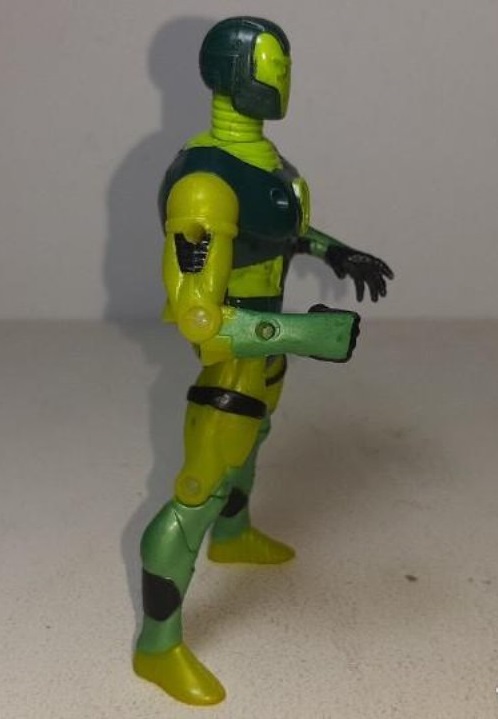 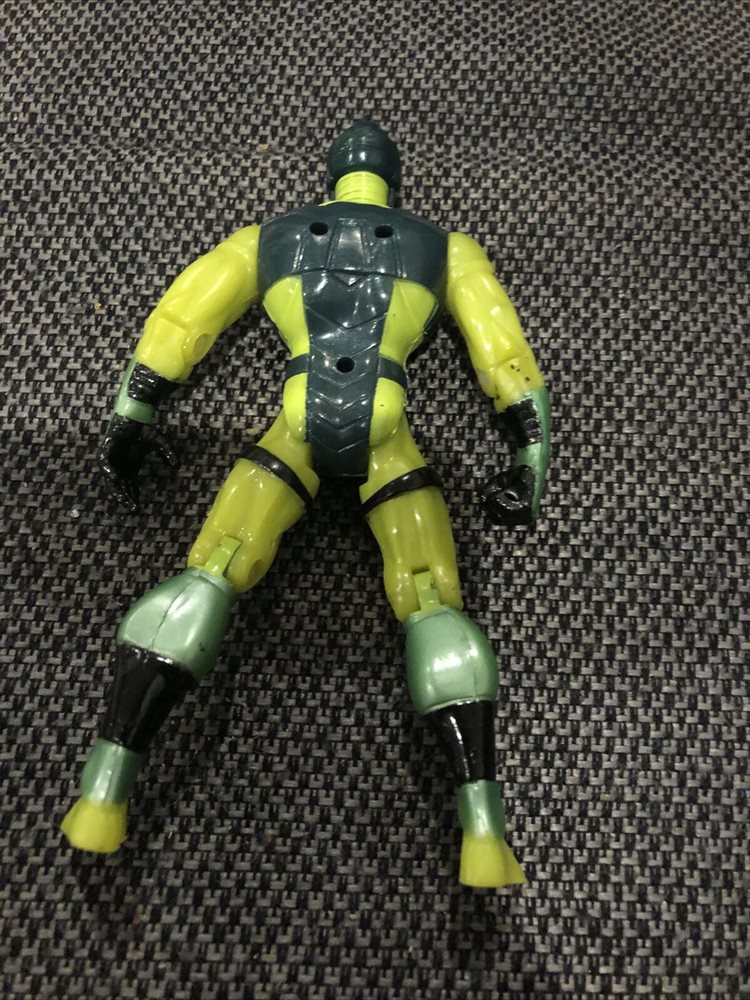 All-in-all this was a well sculpted and painted figure that was an obvious repurposed Iron Man figure that didn’t belong in this line but still looked awesome none the less. 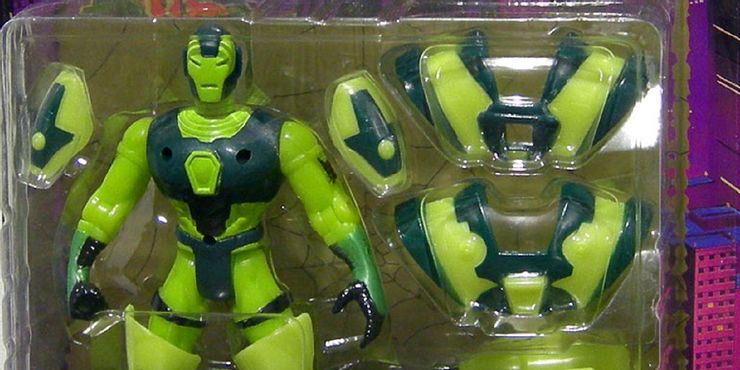