Most of the earliest video game action figures were based on 2 player fighter games such as Street Fighter and Mortal Kombat, although these were based more on the movies than the actual games.

Other popular lines in the 90’s were Final Fantasy and Warcraft, but again these were more related to the movies than the actual games. 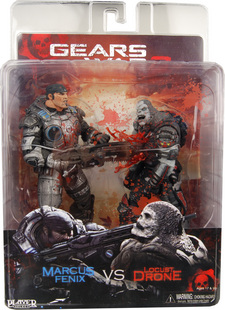 In retrospect, it seems strange that it took so long for manufacturers to become aware of this huge new market. After all, most popular video games had a following of thousands and in some cases millions of loyal fans who were eager to buy anything related to their favourite games.

So, what happened to change things?

As video games evolved the graphics became more and more realistic and now most video games graphics are as good as a movie!

As a result, there has been a huge growth in the video gaming genre. In fact, when Microsoft first released Halo it became the biggest media event of the year grossing more that most movies did, including Spider-man!

But, whereas most movies by this time had a line of action figures, often even before the movie’s release as part of the pre-release build up and teasers the video game market was still a relatively virgin market.

McFarlane’s Toys were probably one of the first companies to cash in on this success with their line of Halo figures which were hugely successful.

Since then many other companies have produced video game based action figures, most notably NECA. In fact, NECA and Funko have released many Retro action figures based on old vintage 8-bit video games from the 70’s and 80’s.

As with the movie and TV markets almost all the top video game franchises now have action figures available and not just kids toys either but cool, top of the range, highly detailed and articulated figures for the adult collectors market.

Some of the most popular figures on the market are based on video games such as Gears of War, Halo, Warcraft, Resident Evil, Final Fantasy, but it is still a relatively new market that will continue to grow. 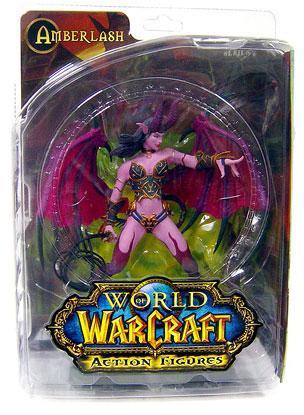