The first WWF wrestling action figures were made in 1984 by LJN, who were also responsible for the Photon and Thundercat lines and many other video game action figures.

These first wrestlers were eight inches tall, with no articulation and were made of solid rubber, yet they were surprisingly accurate and detailed for their day.  LJN also released a line of thumb wrestlers which kids could literally wear on their hands.

LJN’s non-poseable line ran for five series until 1989 with the later figures, as usual, becoming the rarer and more valuable today. There was a sixth series available on black cards by mail order only.

There was a short-lived period when LJN sold the WWF figure license to a Canadian company named Grand who failed to capitalize on it beyond some now rare LJN re-issues before the license moved to Hasbro.

By 1995 LJN were no longer operating, though in their time as well as the line of wrestling figures, they published eight WWF games for Nintendo. 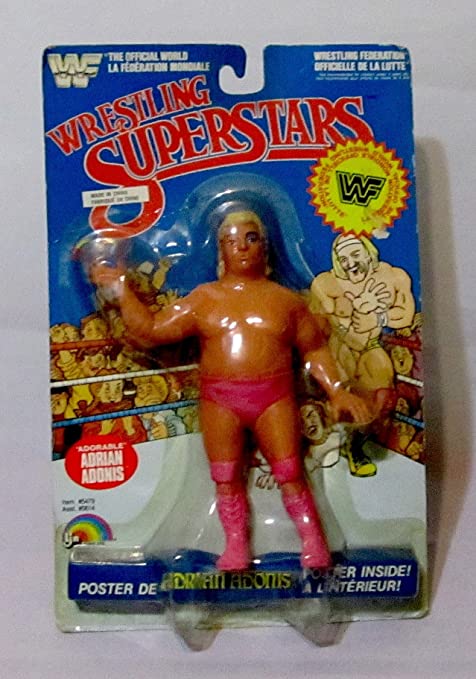 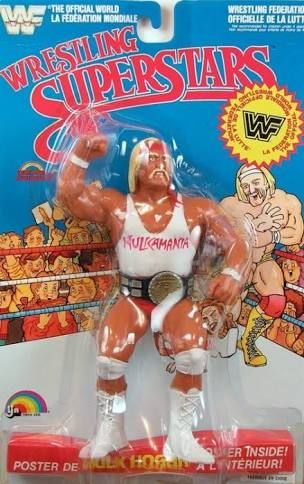 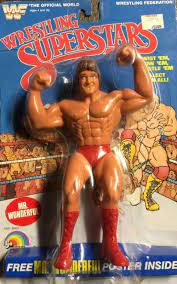 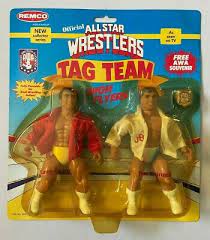 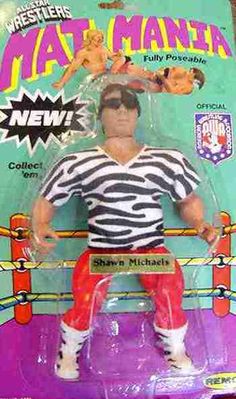 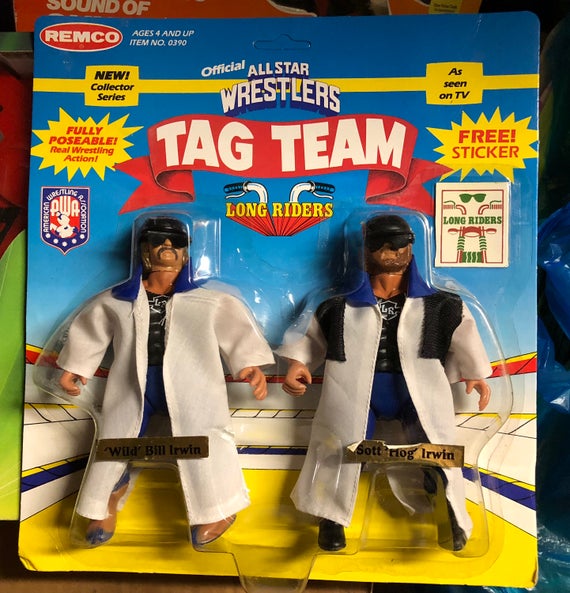 In 1985 Remco produced their own line of American Wrestling Association or AWA figures. These were articulated, unlike the LJN line and resembled the Masters of the Universe toys, including cloth clothing and accessories.

They also, unlike most wrestling figures, were frequently sold in packs of two or three. Remco had been around since the 1940’s and were in decline at this point, having already filed for bankruptcy and were acquired by AHI in 1971. As a result, their AWA line only lasted two years through to 1986.

The early 90’s was a hugely significant period for both professional wrestling and action figures. Hulk Hogan was now a household name and Hasbro’s line boasted articulation, action features and occasionally accessories like Jake the Snake’s python, Brutus the Barber Beefcake’s shears and The Big Boss Man’s night stick.

This line only lasted until 1994 but made a huge impression. Today loose figures sell for between a couple of dollars up to a hundred dollars, and in some cases even more on the secondary market.

Mint on American card examples fetch insane prices. This is because carded version are extremely rare and hard to find for four principal reasons.

• they were immensely popular.

• they were very conducive to boisterous play

• their audience were near-universally not toy collectors.

• Finally, the nostalgia for this period is very powerful.

The competing Ted Turner-owned World Championship Wrestling or WCW saw three lines of figures over this period. The first was a non-posable line from Galoob, not dissimilar to the LJN WWF line, this lasted two years from ‘90 to ‘91. In ‘94 Original San Francisco Toymakers released similar rubber figures and finally in ‘99 Toy Biz picked up the torch and over a two-year period released a more authentic and detailed series of figures. This was until 2001 when the WCW ceased to be.

It’s worth mentioning that the Consejoo Mundial de Lucha Libre or CMLL, which was a major Mexican-based wrestling league, got their own line of non-poseable figures around 1992. The CMLL were founded in 1933 well before the Capitol Wrestling Corporation and are still going today.

A 1992 offshoot of the CMLL, the Asistencia Asesoria y Administracion or AAA, had a similar line of non-poseable figures made by Kelian.

While we are on the subject of wrestling in other countries, Japan had a line of Frontier Martial Arts wrestling, FNA and New Japan Professional Wrestling, NJPW each with their own line of figures. 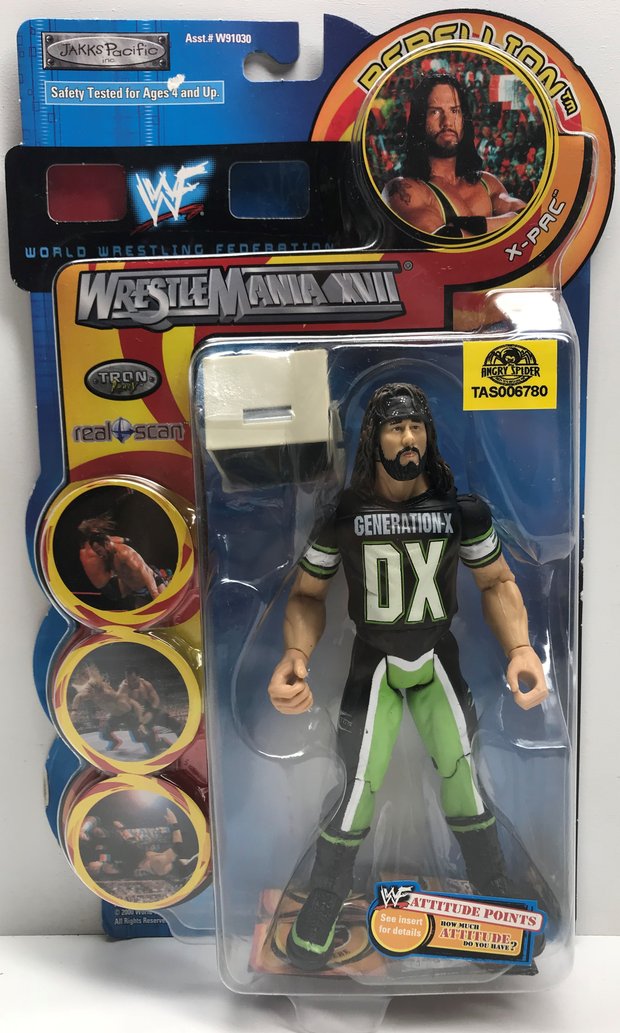 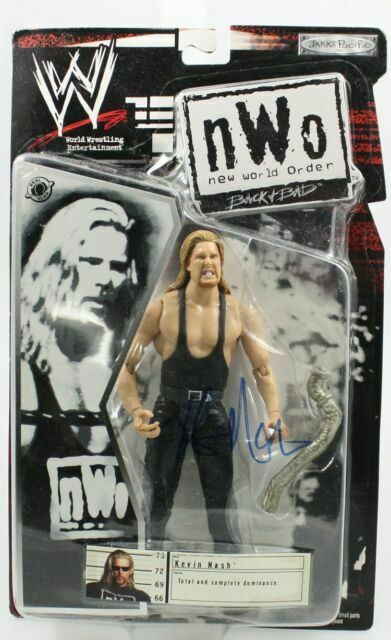 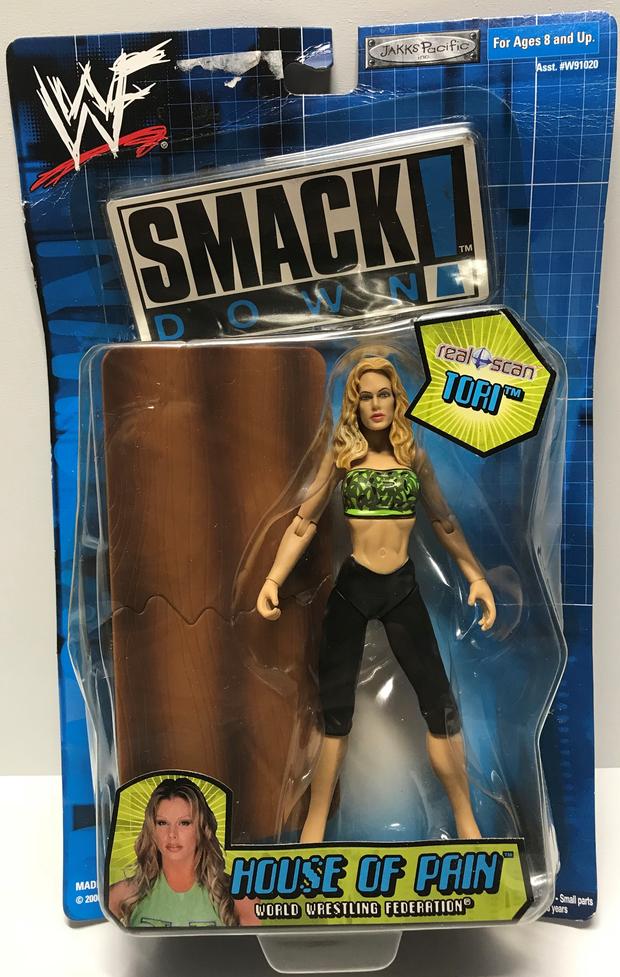 In 1995 Jakks Pacific, a company coincidentally co-founded by one of the founders of LJN, Jack Friedman, began producing WWF figures in a deal that would last more than ten years. Jakks also acquired Remco, the makers of the AWA figures in 1997.

The Jakks figures were more sculpted, detailed and realistic to keep up with the changing times. They also began producing figures at another pivotal time in wrestling’s history known as The Attitude Era when they began to pitch their characters as more edgy and dangerous. Stone Cold Steve Austin and The Rock were becoming fan favorites, ushering in a new generation of fans.

In 2002 The WWF or World Wrestling Federation was renamed the WWE or World Wrestling Entertainment due to litigation from the World Wildlife Fund. This move forced them to retroactively censor all of their previous matches when re-aired or distributed on home formats, a ban that was only lifted in 2012.

Since the WWE had bought the WCW and the ECW had filed for bankruptcy, World Wrestling Entertainment held the monopoly.

This prompted the inception of Total Nonstop Action Wrestling or TNA which focused on spectacular Pay Per View matches. The action figure license was acquired by Toy Biz who produced eight series of them from 2004 onwards until 2009 when the license passed to Jakks Pacific who had just lost the coveted WWE license to Mattel after fourteen years of figures.

THQ were a major developer and publisher of video games from 1991 onwards producing among many others no less than 32 wrestling titles. They filed for bankruptcy in late 2012 and had their studios and properties auctioned off shortly after. They were the second of three companies founded by Jack Friedman along with LJN and Jakks.

Friedman passed away in early 2010 at the age of 70, a man intrinsically linked with bringing the world wrestling action figures, games and collectables to the world. 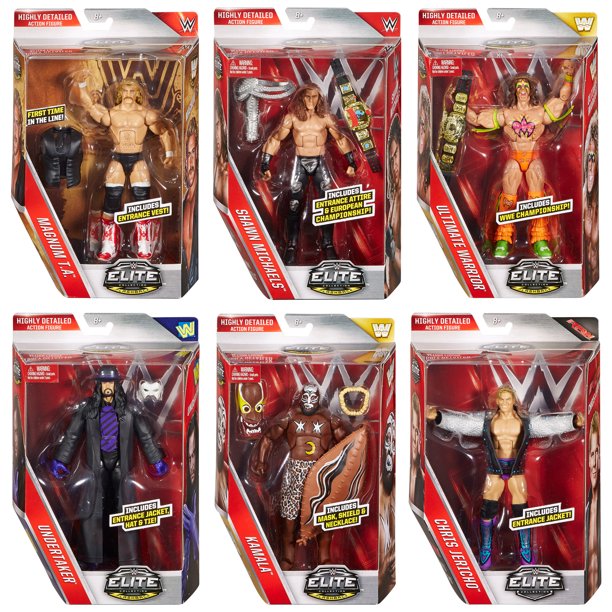 Mattel remain at present the company behind WWE  Wrestling Action Figures. They have been meticulous in the detail, sculpting and range of these figures, even keeping them at the same Superstar scale as the Jakks line with collectors in mind.

Jakks Pacific are, at the time of writing this. still producing TNA figures, along with many other toy lines including Ultimate Fighting Championship and Care Bears.

A Short Synopsis of the figures produced: